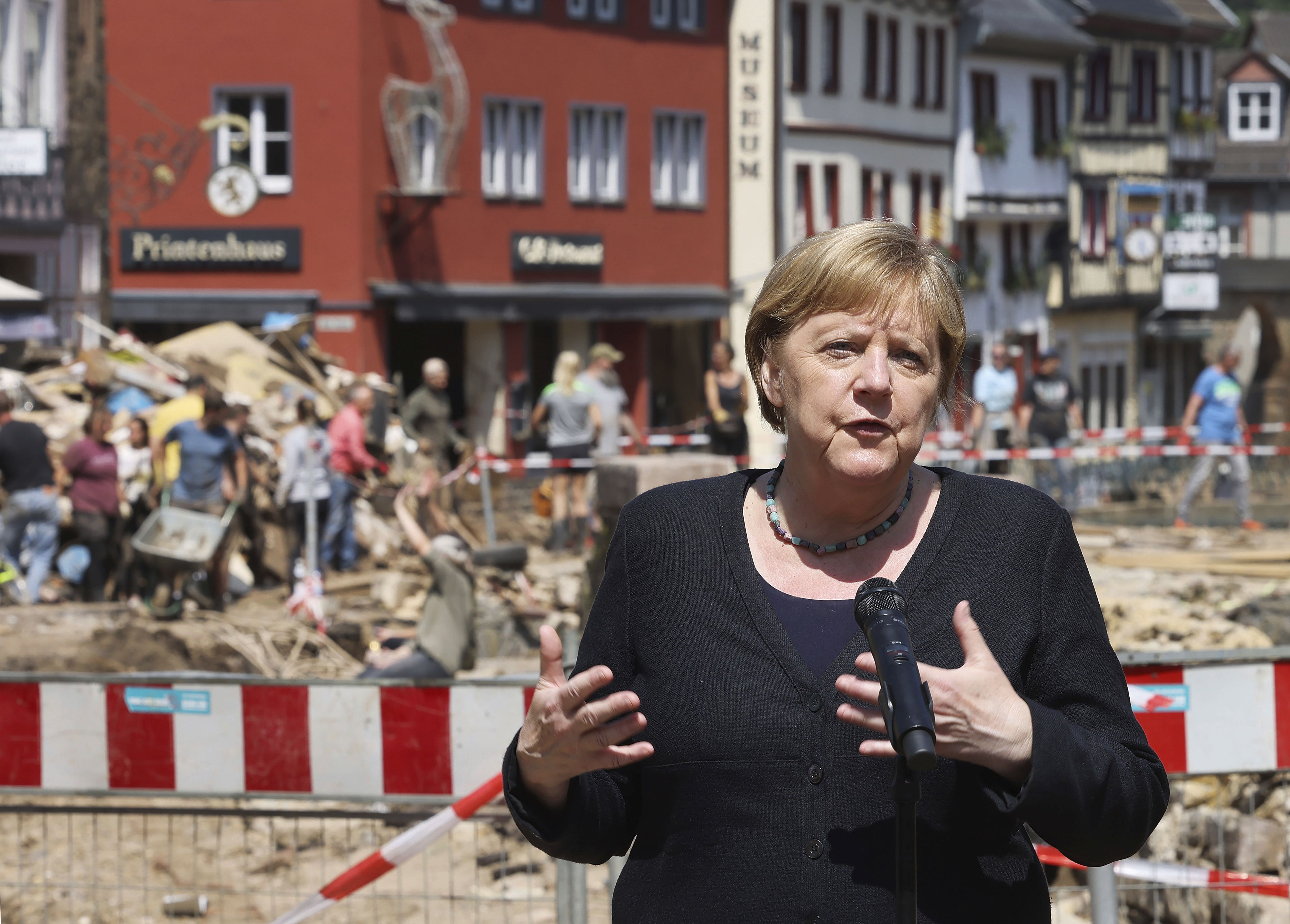 Germany’s Cabinet is meeting Wednesday to decide on a package of immediate aid for victims of last week’s floods and consider longer-term plans to rebuild devastated areas.

Chancellor Angela Merkel and ministers are expected to approve a package of around 400 million euros ($472 million), financed half by the federal government and half by Germany’s state governments, to help people deal with the immediate aftermath of the flooding and repair some of the damage.

The government also expects to put billions into a rebuilding fund, but the size of that won’t be clear until authorities have a better overview of the extent of the damage.

Visiting the badly damaged town of Bad Muenstereifel on Tuesday, Merkel said that “we will do everything … so that the money comes quickly to people who often have nothing left but the clothes on their backs.”

“I hope this is a question of days,” she added. As for the long-term reconstruction effort, she said, restoring infrastructure “will take more than a few months,” pointing to the many bridges destroyed.

At least 170 people were killed in Germany when small rivers swelled quickly into raging torrents after persistent downpours last week, well over half of them in Ahrweiler county, near Bonn. Another 31 died in neighboring Belgium, bringing the death toll in both countries to 201.

49ers training camp facts: Practices are sold out except one as weather should be ideal