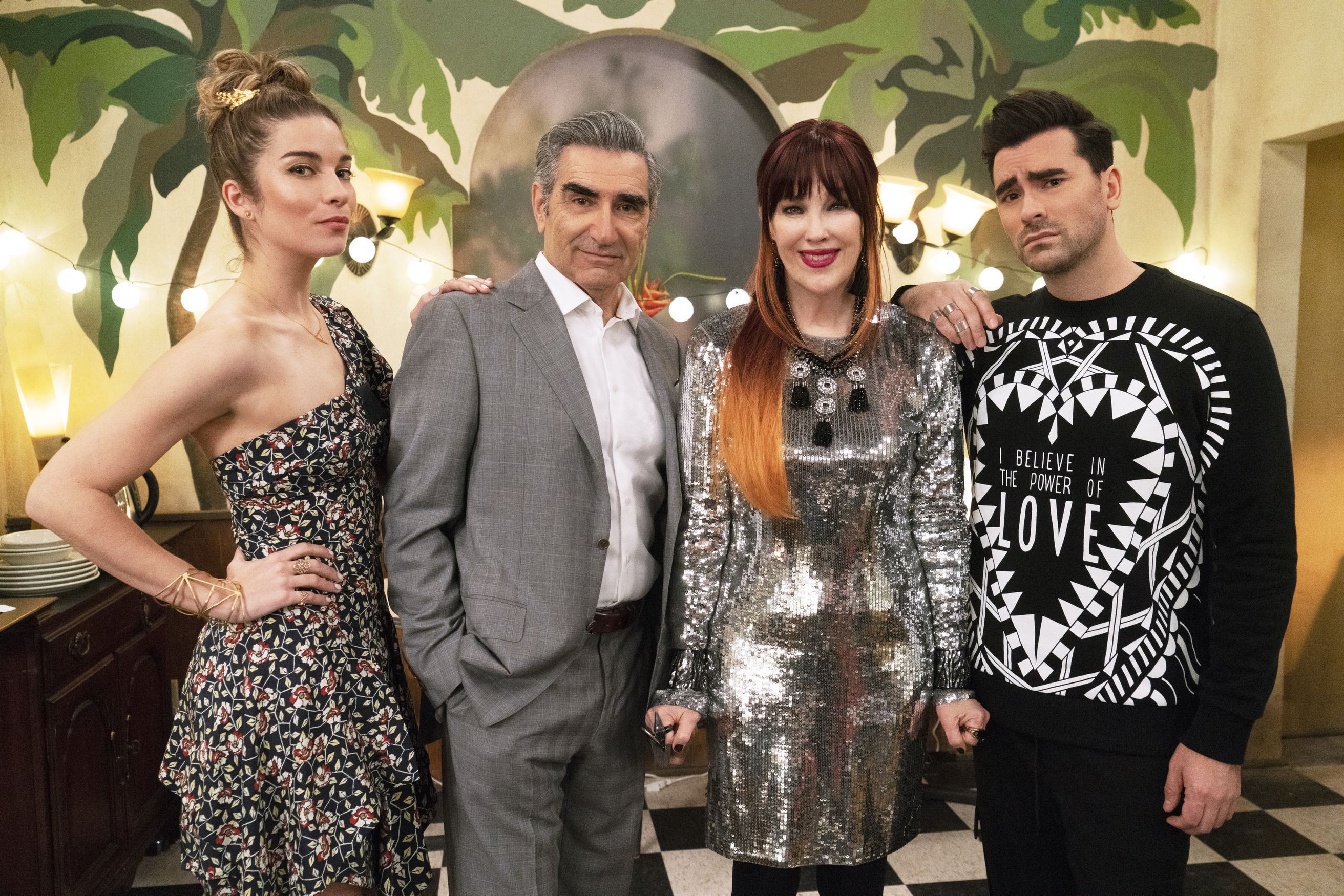 “Schitt’s Creek” and “The Boys in the Band” were winners at the GLAAD Media Awards, which included soccer’s Ashlyn Harris and Ali Krieger calling for transgender students to be accepted as “part of the team” in sports.

Harris and Krieger, spouses who play for the Orlando Pride and were on the 2019 World Cup-winning U.S. women’s national team, presented an award in Thursday’s virtual ceremony to the film “Happiest Season,” about a lesbian romance.

The couple drew attention to transgender athletes amid widespread efforts to restrict their participation, including a recently signed Mississippi bill that bans them from competing on girls or women’s sports teams. It becomes law July 1.

“Trans students want the opportunity to play sports for the same reason other kids do: to be a part of a team where they feel like they belong,” Krieger said.

Added Harris: “We shouldn’t discriminate against kids and ban them from playing because they’re transgender.”

“Star Trek: Discovery,” “I May Destroy You” and “A Little Late with Lilly Singh” were among the other projects honored in the pre-taped ceremony hosted by Niecy Nash. It’s available on Hulu through June.

The GLAAD awards, in their 32nd year, recognize what the media advocacy organization calls “fair, accurate, and inclusive” depictions of LGBTQ people and issues. Presenters and winners in this year’s event highlighted priorities including the importance of solidarity and self-respect.

The “This Is Us” star, citing the Black Lives Matter and Black Trans Lives Matter movements, said that “we’re going to keep spreading that message of unity and justice until every one of us is safe to live the lives we love.”

JoJo Siwa, the teenage YouTube personality and performer, presented the award for outstanding children’s programming to “The Not-Too-Late Show with Elmo.” She said in January that she’s part of the LGBTQ community.

“It’s kinda major that people my age can look at me and say, ‘Hey, I know someone who is LGBTQ and she’s really, really happy,’” Siwa said. “Especially LGBTQ kids who don’t live in safe or accepting environments.”

She’s honored to have a platform to share the message to “be who you are, love who you love, and do it with pride,” Siwa said.

Cast members from “Glee,” including Chris Colfer, Amber Riley and Jane Lynch, paid tribute to Naya Rivera and her character in the series, gay cheerleader Santana Lopez. Rivera, 33, died in an accidental drowning in July 2020.

Golden Globes 2021: The Complete List of Nominees | Entertainment Weekly
How to welcome riders back to trains and buses in Chicago