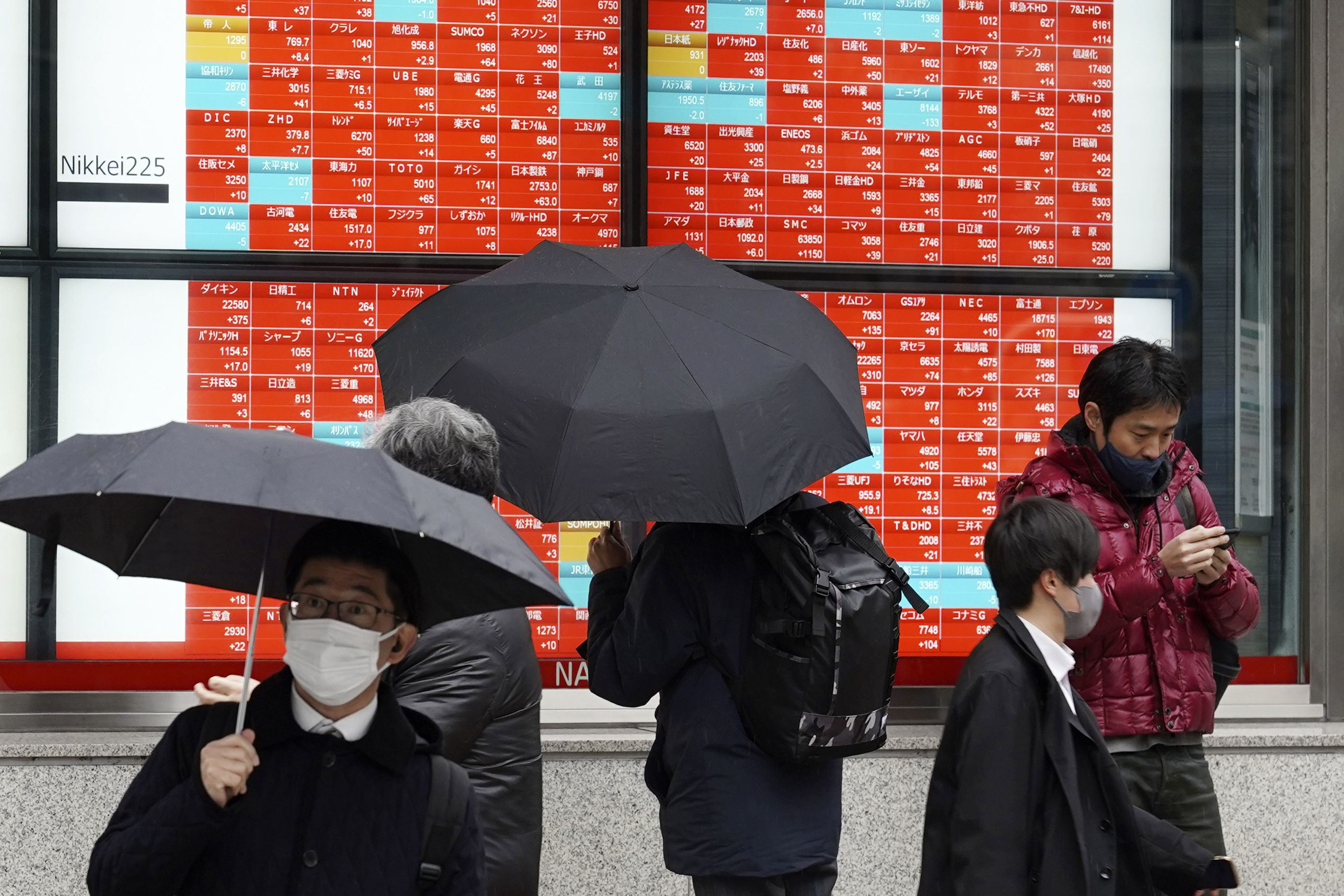 The Commerce Department was due to issue its first of three estimates for U.S. economic growth in October-December later Thursday. The economy likely rolled out of 2022 with momentum, registering decent growth in the face of painful inflation, high interest rates and rising concern that a recession may be months away.

Economists have estimated that the gross domestic product — the broadest measure of economic output — grew at a 2.3% annual pace in the last quarter.

Investors are optimistic the United States and European economies can evade a recession despite warnings by the Federal Reserve and other central bank officials that interest rates will be kept elevated for an extended period to cool economic activity and inflation.

“There’s increasing confidence the economy may not require a recession to tame the inflation beast,” said Stephen Innes of SPI Asset Management in a report.

On Wall Street, the future for the benchmark S&P; 500 index was 0.4% higher. That for the Dow Jones Industrial Average was up 0.2%.

Manila’s main index lost 0.3% after the Philippine economy grew by 7.2% over a year earlier in the final three months of 2022.

The Dow recovered from a similar drop to end up less than 0.1%. The Nasdaq composite fell 0.2%.

Analysts are forecasting S&P; 500 companies will report their first drop in quarterly earnings per share since 2020 at the start of the coronavirus pandemic.

Microsoft helped to lead the way lower after forecasting lower earnings than expected. It fell 4.6% early in the day but recovered to end down 0.6%.

Texas Instruments lost 1.1% after the company said it expects weaker demand across all its market outside of automotive. It was down as much as 3.1% at one point.

Traders expect the Fed to raise its benchmark lending rate by another 0.25 percentage points at its next update on Feb. 1. That would be another reduction in the margin of increase from 0.5 percentage points last month and four hikes of 0.75 points earlier.

49ers pride themselves on toughness, but can they beat their toughest opponent in months?