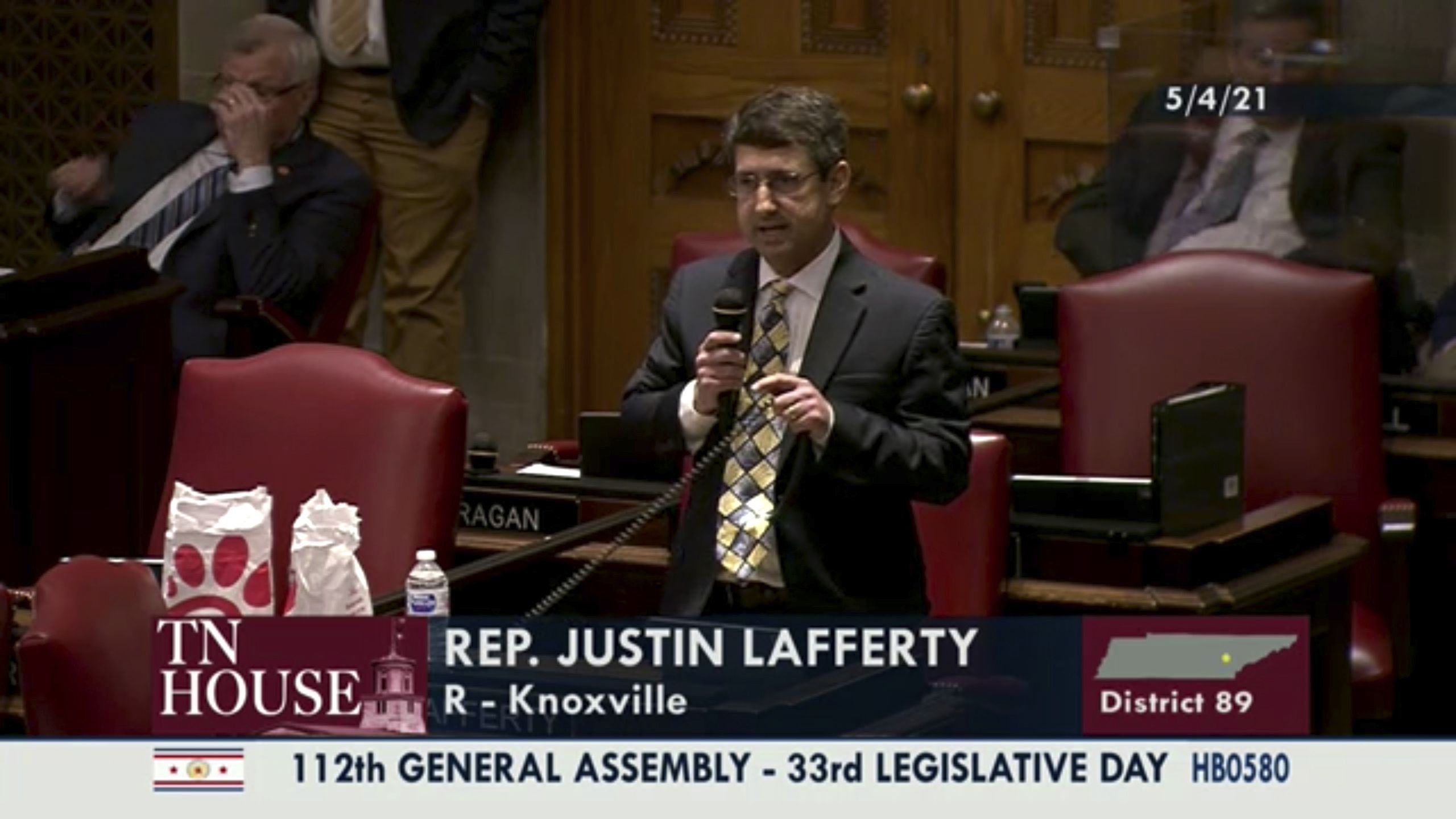 A Tennessee Republican falsely declared Tuesday that an 18th century policy designating a slave as three-fifths of a person was adopted for “the purpose of ending slavery,” commenting amid a debate over whether educators should be restricted while teaching about systematic racism in America.

During lengthy debate on the GOP-controlled House floor, several Black lawmakers expressed concerns about the bill’s impact on how certain subjects would be taught in schools, specifically highlighting the Three-Fifths Compromise. The policy was made during the nation’s Constitutional Convention in 1787 and classified that three-fifths of a state’s slave population could be counted toward its total population when apportioning taxes and states’ representation in Congress.

Lafferty, who is white, stood up and talked at length about what he saw as sparking the compromise. At one point he asked colleagues to note on paper their best guess for the reasons that led to the policy.

“By limiting the number of population in the count, they specifically limited the number of representatives who would be available in the slave holding states and they did it for the purpose of ending slavery,” Lafferty said. “Well before Abraham Lincoln. Well before Civil War.”

None of the other lawmakers in the chamber directly challenged Lafferty’s false claims but some applauded when he finished talking.

Rep. Antonio Parkinson, a Memphis Democrat and chairman of the General Assembly’s Black Caucus, said in a later statement that Lafferty’s comments were troublesome.

“Rep. Lafferty’s statement about how the Three-Fifths Compromise was created to end slavery was alarming but the real insult was when the House Republicans clapped for him when he finished his diatribe,” he said.

Parkinson added that conversations about race in the Tennessee Legislature have always been “very uncomfortable.”

A spokesperson for the House Republican caucus did not immediately return emailed questions on Lafferty’s comments.

While the House overwhelmingly approved the legislation on Tuesday, the GOP-controlled Senate chamber refused to accept the House bill hours later. Its fate now remains unclear in the final days of the legislative session.

Lafferty’s comment echo sentiments expressed last month by Colorado Republican Rep. Ron Hanks last month, who said the Three-Fifths Compromise “was not impugning anybody’s humanity.” In 2019, Oregon Sen. Dennis Linthicum, a Republican from Klamath Falls, argued that the designation of slaves as three-fifths of a person was not racist.

Tuesday’s discussion also comes as a handful of states are considering restrictions on how schools and state agencies should talk about race and racism.

In Oklahoma, lawmakers advanced legislation that would ban the so-called “critical race theory,” which includes prohibiting education instruction that individuals, by virtue of race or gender, are inherently racist, sexist or oppressive, whether consciously or unconsciously. The bill now heads to Republican Gov. Kevin Stitt for his consideration. Meanwhile, a growing number of organizations have organized to urge Stitt to veto the measure.