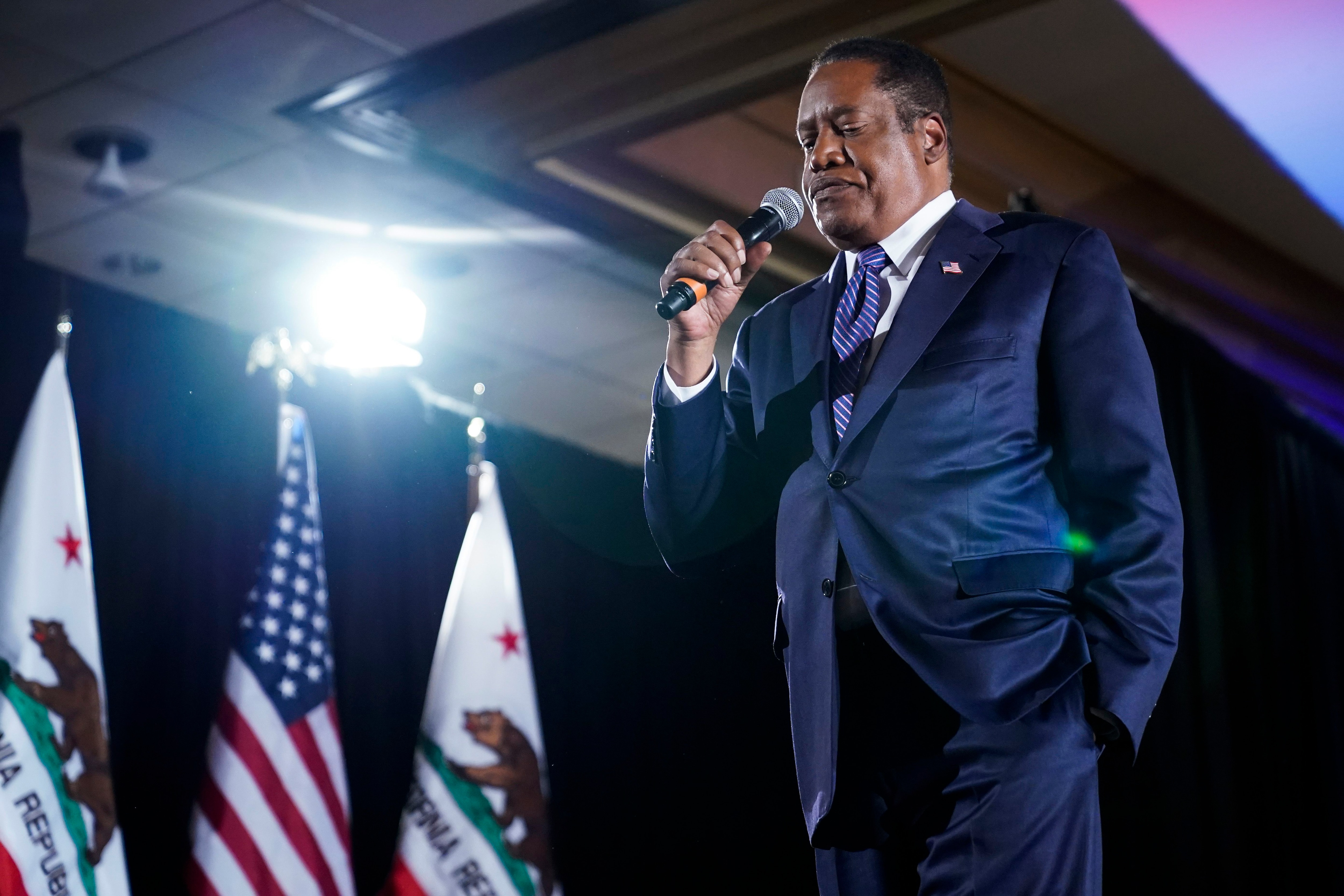 A defiant Larry Elder conceded his fight to become California’s next governor but indicated his first campaign might not be his last. “Stay tuned,” the Republican talk radio host told supporters.

Shortly after Democratic Gov. Gavin Newsom easily beat back a recall effort to remove him from office, Elder told a cheering crowd Tuesday that “we may have lost the battle, but we are going to win the war.”

Incomplete election results had Elder far ahead among the 46 candidates who had hoped to replace Newsom if the recall succeeded.

Newsom will face reelection next year, and there has been speculation Elder could be in the running again. Elder referred to himself as a “former radio host,” suggesting his career was headed in a new direction.

Last week, Elder conspicuously didn’t answer directly when asked if he would consider a 2022 rematch against Newsom, who already has said he plans to seek a second term.

Elder, a 69-year-old lawyer and author, could have become the state’s first Black governor. He spent part of his concession speech arguing that racial divisions in America are wildly overblown.

He urged supporters to be “gracious in defeat” but spent much of his half-hour speech ridiculing Newsom’s leadership and character and faulting him for rising crime, an unchecked homeless crisis and housing costs that are out of reach for many working-class families.

He sounded at times as if a campaign was starting, not ending.

“This is what we’re facing: rising crime, declining quality of our public schools,” he said. “Rolling brownouts. Water shortages. … I can’t think of anything that this man has done in the last two years that suggests he deserves another day in office.”

And he argued that his campaign had pressured California Democrats to change direction.

In the race, Newsom highlighted many of Elder’s positions that are out of step with most left-leaning Californians, including his criticism of the landmark Roe v. Wade decision on abortion and his promise to erase state vaccine and mask mandates.

But Elder said he was the one working to bridge differences and solve problems.

“I’m a uniter,” Elder said. “We are going to bring this country together.”