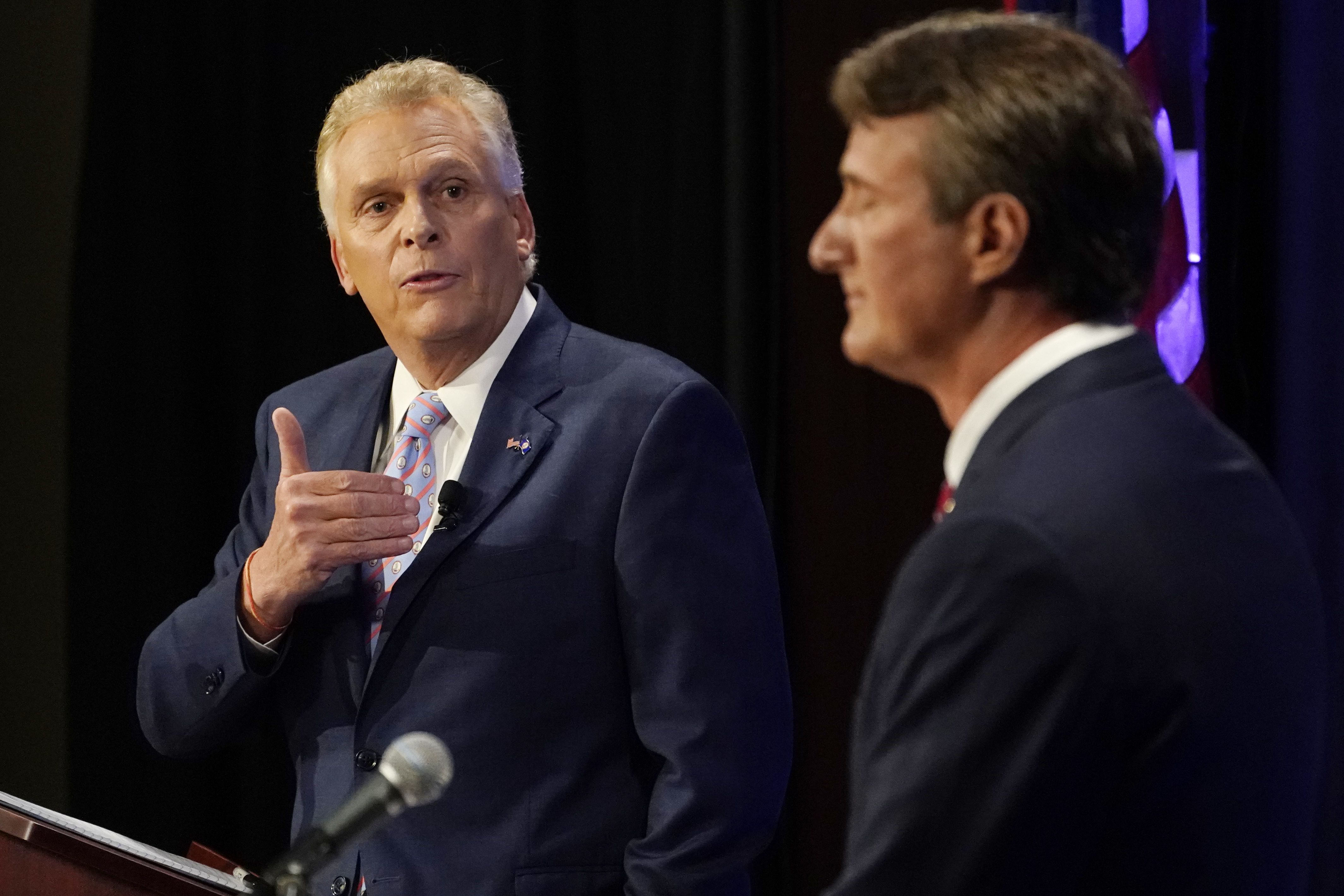 GOP gubernatorial nominee Glenn Youngkin stayed away from a rally Wednesday featuring Republicans who have spread falsehoods about election fraud, although political allies were due to attend and former President Donald Trump, a Youngkin backer, was expected to call in.

Conservative radio host John Fredericks, a former Trump campaign chairman in Virginia, organized the “Take Back Virginia Rally” that drew at least a few hundred people in the Richmond suburbs to fire up the GOP’s right wing in the runup to the Nov. 2 elections.

Among those who spoke or were expected to were: Winsome Sears, a Republican running against Democratic Del. Hala Ayala for lieutenant governor; former Trump White House adviser Steve Bannon; Rep. Mark Finchem of Arizona, who has worked to overturn Trump’s 2020 loss; and Virginia state Sen. Amanda Chase, a prominent promoter of election fraud conspiracy theories.

Youngkin and Democrat Terry McAuliffe are in a tight race in Democratic-leaning Virginia. The Republican has focused his pitch at moderate and independent voters critical to his success. That means treading carefully when addressing the lies about fraud promoted by Trump and others in his party.

Youngkin, who in his primary campaign declined to say whether Biden was fairly elected, has since said he believes he was — and that he does not believe there was significant fraud last November.

Youngkin’s campaign did not respond to questions from The Associated Press on Wednesday whether Youngkin expected Trump would campaign with him in the final stretch or why he chose not to attend Wednesday’s event, apart from pointing out the candidate’s busy travel schedule Wednesday.

Earlier in the week, Youngkin called into Fredericks’ show and thanked him for hosting the event.

“We’re going to win this,” Fredericks said. “We’re gonna hold the Trump coalition together while Youngkin goes out there and appeals to independents.”

Sears, a Marine veteran, got her start in elected office in 2001 when she stunned both parties by beating a longtime incumbent in an overwhelmingly blue district to become the first Black Republican woman elected to the House of Delegates.

She served just one term before deciding not to seek reelection. More recently, she served as the national chair of an organization dedicated to reelecting Trump, and won Chase’s endorsement in the nomination contest.

Democrats condemned the event and called on Youngkin to weigh in on Sears’ participation.

“This kind of rhetoric is dangerous and puts lives at risk, and Virginia deserves better than Steve Bannon and Glenn Youngkin,” Jayce Genco, communications director for the Democratic Party of Virginia, said in a statement before the event.

They’ve also criticized Youngkin’s continued willingness to campaign with Chase. The state senator from suburban Richmond also sought the nomination for governor this year and routinely shares misinformation about the security of Virginia’s elections. Chase, who was censured by the Senate on a bipartisan basis earlier this year, has called for an “audit” of the 2020 election in Virginia and in December said Trump should invoke martial law to …read more

Golden Globes 2021: The Complete List of Nominees | Entertainment Weekly
Young Thug forgets bag outside his car, says it was worth $1 million

DC suspends most of its Metro trains over safety issue