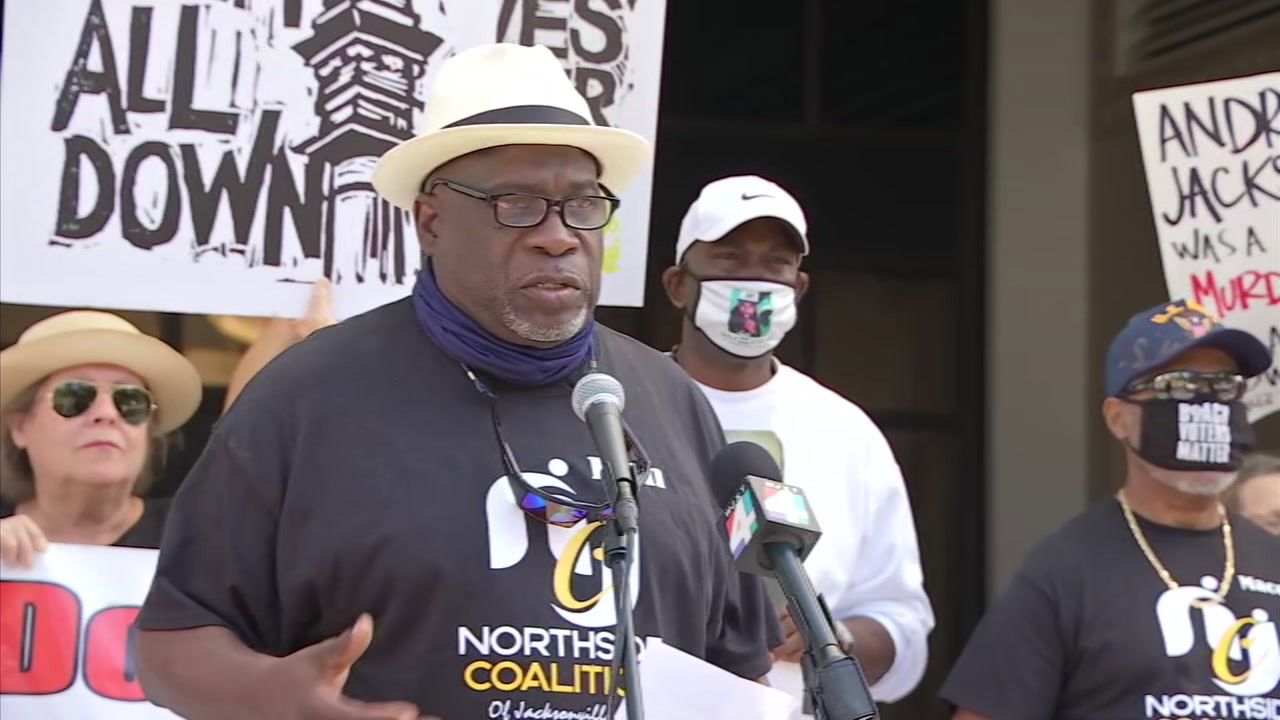 ‘Take ‘Em Down Jacksonville’ rallied on the steps of City Hall on Tuesday telling Mayor Lenny to keep his promise to remove all the Confederate statues in Jacksonville.

Last June, Curry ordered the statue in what was then known as Hemming Park — now James Weldon Johnson Park — to be removed. At that time, responding to the mood of the city, state and country in the wake of George Floyd’s murder by a Minneapolis police officer the previous month, Curry said all Confederate monuments in the city would be removed.

Those speaking out Tuesday included some of the usual speakers like Ben Frazier of the Northside Coalition, but we also heard from Ron Davis, whose son, Jordan, was shot and killed for playing music too loud at a Baymeadows Road gas station in 2012.

“To get my respect, you have to stick by your word.  Your word is bond,” Davis told the crowd. “And if you say you’re going to take them down, then take them down. I want them down.”

The group is concerned by a recent report from a committee that they said the mayor empaneled to look at the situation. That committee’s recommendation was to look for a compromise.

Curry’s didn’t have a comment about the questions raised at the rally but said that committee’s suggestion is only one voice and he plans to talk to others before taking any action.

Biden hits schools goal even as many students learn remotely

According to a list the city produced in 2017, there were three Civil War monuments and eight historical markers in Duval County.