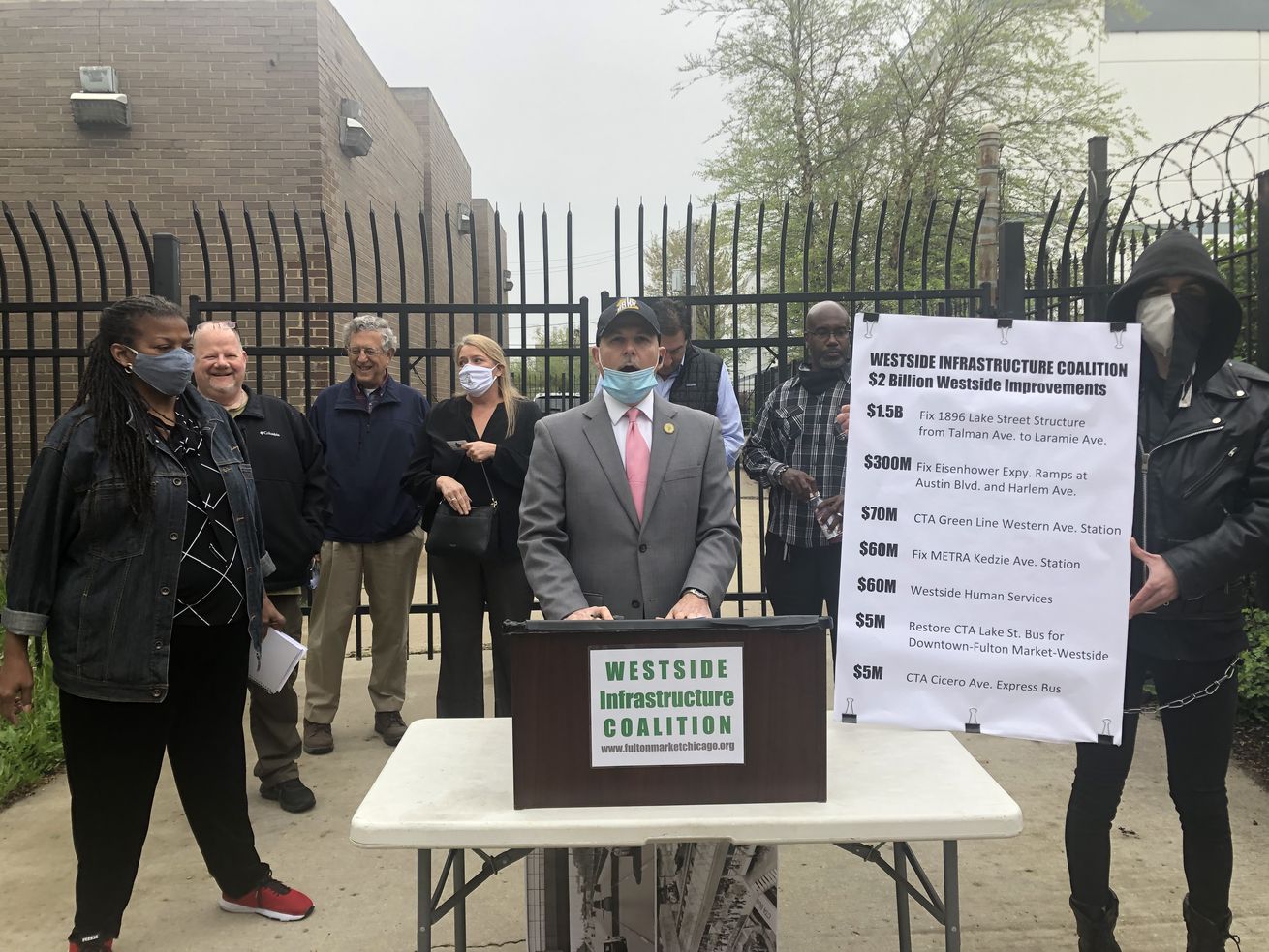 Roger Romanelli, coodinator of the Westside Infrastructure Coalition, calls for improvements on the West Side. | Mitch Dudek/Sun-Times

President Biden’s plan hasn’t been approved by Congress, but the group is calling for politicians from Illinois to bring home the bacon for improvements to the city’s West Side.

A coalition of business owners and residents called Tuesday for $2 billion from President Joe Biden’s proposed federal infrastructure plan be spent on improvements and community services on the West Side.

The Westside Infrastructure Coalition wants U.S. Rep. Danny Davis and U.S. Sens. Dick Durbin and Tammy Duckworth to secure the money from the $4 trillion federal proposal. It also called on Gov. J.B. Pritzker to kick in $100 million from the state’s vehicle gasoline tax.

The money represents a chance to address the disinvestment that has taken a toll on West Side residents and businesses for decades, according to the group.

The coalition pointed to the CTA’s elevated Green Line tracks between Talman and Laramie avenues that creates a narrow and dangerous roadway for traffic along Lake Street below and the need to fix the issue by moving support girders to the sidewalk instead of having them in the roadway.

The solution would save lives, aid drivers who regularly damage delivery trucks trying to navigate their way around the girders and, hopefully, spur economic growth along the thoroughfare, the group contended.

“These drivers could cut us off and just say, ‘You’re going to have to find someone else,’” said Anthony Waller, who owns a catering company on Lake Street.

Among the group’s other demands, it is also calling for a new CTA station along the Green Line at Western Avenue and for improvements to ensure access for people with disabilities at the Metra Union Pacific West line’s Kedzie Avenue station.

Golden Globes 2021: The Complete List of Nominees | Entertainment Weekly
Krispy Kreme will give a dozen free doughnuts to 2021 graduates

US downplays prospect of post-Brexit trade deal with UK