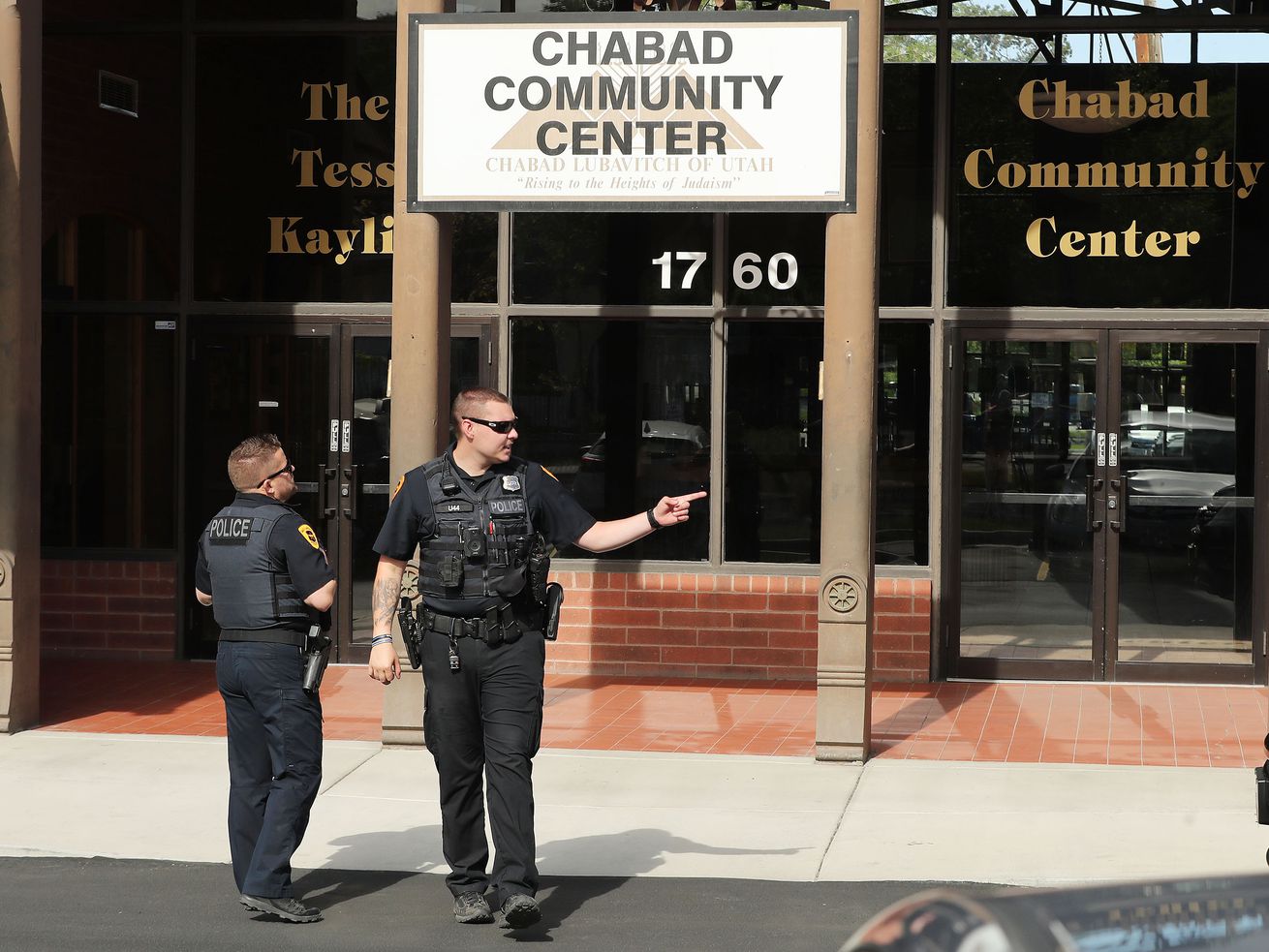 Salt Lake City police investigate after a swastika was scratched into the front door of Chabad Lubavitch of Utah synagogue in Salt Lake City on Sunday, May 16, 2021. | Jeffrey D. Allred, Deseret News

Our country is experiencing a disturbing increase in hate directed toward minority communities and individuals. Recent examples include the assault of a Jewish man in Times Square in New York City and the stabbing of two elderly Asian women while they were waiting for a bus in San Francisco.

The U.S. Justice Department cites other cases in Indiana and Michigan of more brutality toward African Americans and a jury conviction in Illinois of a man who bombed an Islamic center.

Violence toward Americans of Asian heritage is dramatically up overall during the COVID-19 pandemic; according to one study, spiking by 164% in the first quarter of 2021 in the U.S.’s 16 largest cities. And as fighting in the Middle East escalated this spring between Israel and Palestinians, so have attacks on the Jewish population in the United States. These attacks have increased significantly in the past few years.

This trend should concern all of us, no matter one’s faith, race, ethnicity or personal politics. Sadly and ominously, the recent 2020 presidential election only reinforced the deep divisions in our nation — political, racial, geographic, socio-economic.

Some members of the pro-Trump mob who attacked our capitol building and beat up police officers in Washington, D.C., earlier this year wore “MAGA: Civil War, January 6, 2021” T-shirts, carried a Confederate flag into the marbled halls of Congress, and at least one seditionist was photographed in a “Camp Auschwitz” sweatshirt.

Political poison has entered our own state as well, pitting Utahn against Utahn. Antisemitism is evident in our capital city, where a synagogue was recently vandalized with a Nazi swastika. This symbol of hate has also been graffitied in other areas of our state.

In 2020, Utah reported more than 800 violent crimes against residents of Asian or Pacific Islander heritage. And while our state has seen progress regarding LGBTQ+ rights and equality, prejudice against these community members remains a concern, including during Pride Month.

One of us, a former longtime Utah state legislator and member of the Jewish faith, writes from personal experience. Antisemitism has come in the form of hateful comments voiced at local grocery stores and harassment in her home neighborhood.

The other one of us, who represented the U.S. State Department in Iraq and Afghanistan for seven consecutive years, has seen firsthand what uncontrolled hate and violence can do within and to communities.

If any state should have a visceral understanding of what hate can mean and the serious damage it can do to families, it is Utah. Well over a century ago, many of our pioneering ancestors were forced into the remote mountains and dry deserts of the American West, in wagons and handcarts, chased by anti-Mormon bigotry and violence. Empathy has traditionally been a strong Utah value, but it …read more