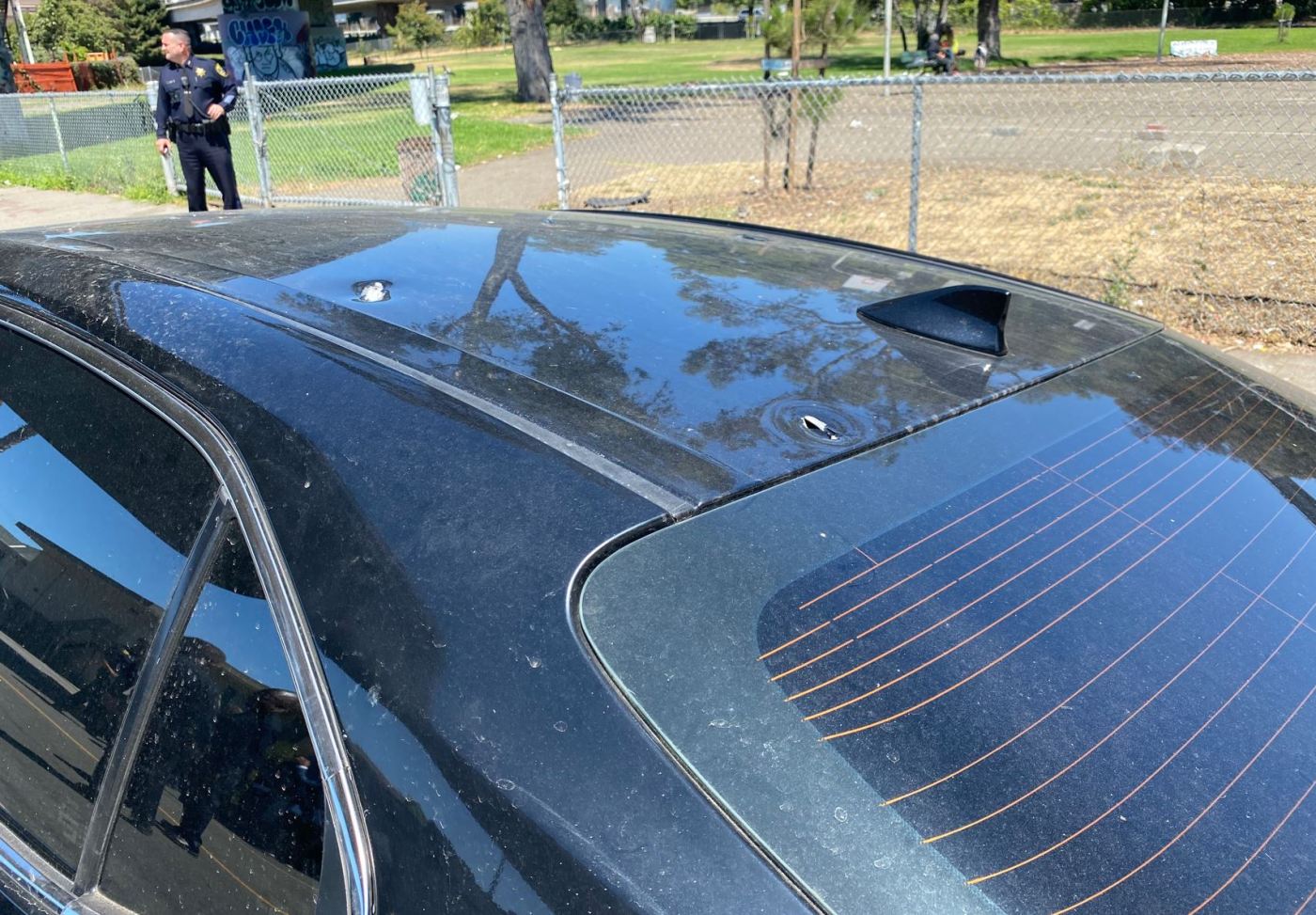 OAKLAND —  No one was injured after two men exchanged gunfire Wednesday afternoon in West Oakland outside an unmarked police car occupied by an undercover officer conducting an unrelated surveillance, authorities said.

Both suspects were later arrested and two guns were recovered, police said.

The shooting happened about 1:52 p.m. Wednesday in the 3600 block of Martin Luther King Jr. Way.

The plainclothes officer was in his unmarked police car, performing surveillance on an armed robbery suspect, when the two men not connected to the surveillance began shooting at each other outside the vehicle, police said.

The gunmen apparently had a personal dispute and did not realize it was a police vehicle, authorities said.

The officer quickly radioed for assistance and numerous officers sped to the scene.

The two shooters were arrested in the area within a matter of minutes. The police vehicle was riddled with bullets.

Oakland Police Officers’ Association President Sgt. Barry Donelan said, “Thankfully no officers or residents were injured in this gun fight. Good fortune, officer composure and team-work lead to the arrest of both (suspects) and recovery of firearms.”

Flagler County focused on safety as students head back to school