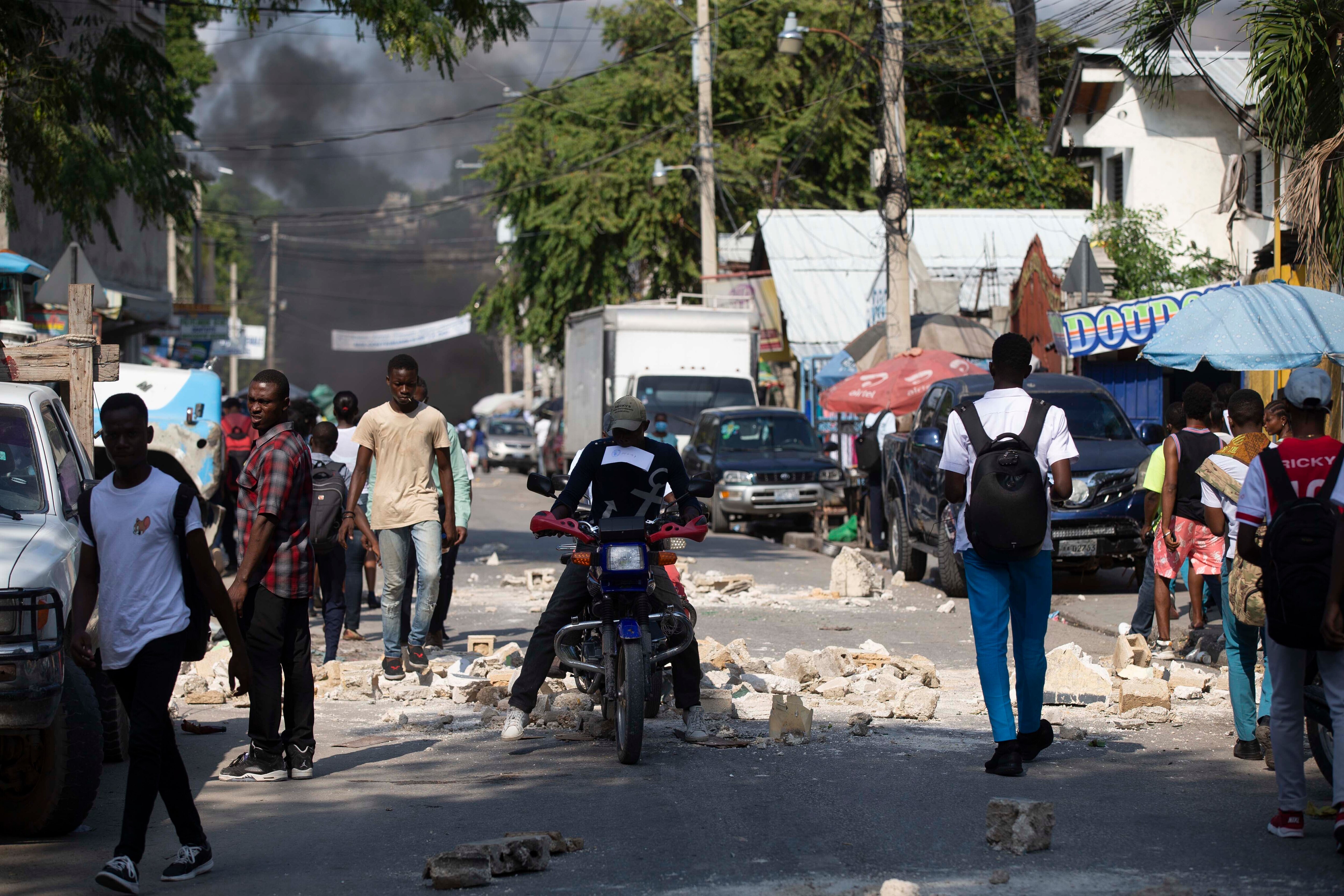 Prime Minister Ariel Henry swore in his new Cabinet on Wednesday, more than four months after he assumed leadership of Haiti following the assassination of President Jovenel Moïse.

The appointments come as Haiti struggles with a rise in violence, kidnappings and ongoing fuel shortages blamed on powerful gangs that have blocked gas distribution terminals.

“You accepted this under difficult conditions,” Henry told his new Cabinet.

He appointed nine ministers to a variety of positions including foreign affairs, economy, justice, education and health.

Among those appointed is Jean Victor Jeneus, who will replace Claude Joseph as minister of foreign affairs and worship. Joseph briefly served as acting prime minister after Moïse was killed at his private home in the pre-dawn hours of July 7.

Henry warned that difficult decisions lay ahead given the complex situation in Haiti and said his administration is doing the best it can to ensure public safety with the resources it has.

“We are doing the maximum with the funds that we have available to restore the authority of the state and put away the ones that need to be put away,” he said. “One of the main responsibilities of this government is to create a safe and stable environment.”

Henry condemned the ongoing violence and called on criminals to lay down their weapons, or otherwise: “they will be neutralized and will end up in prison or they risk losing their lives.”

Haiti is struggling with a spike in gang-related kidnappings, including the Oct. 16 abduction of 17 missionaries with ties to an Ohio-based religious organization. Two of them were released on Sunday, although no further details were provided.

“As we rejoice about the two hostages who were released over the weekend, we continue to pray for the fifteen who are still in captivity,” Christian Aid Ministries said in a statement on Wednesday.

Henry also talked about the fuel shortages and spiraling prices, saying the government has invested tens of thousands of dollars to subsidize gas but that it cannot sustain that situation much longer. He said he would address the issue in the near future.

In addition, Henry urged the new health minister to launch a campaign and encourage more people to get vaccinated against COVID-19.

Golden Globes 2021: The Complete List of Nominees | Entertainment Weekly
3 retail stores burglarized within an hour on Northwest Side