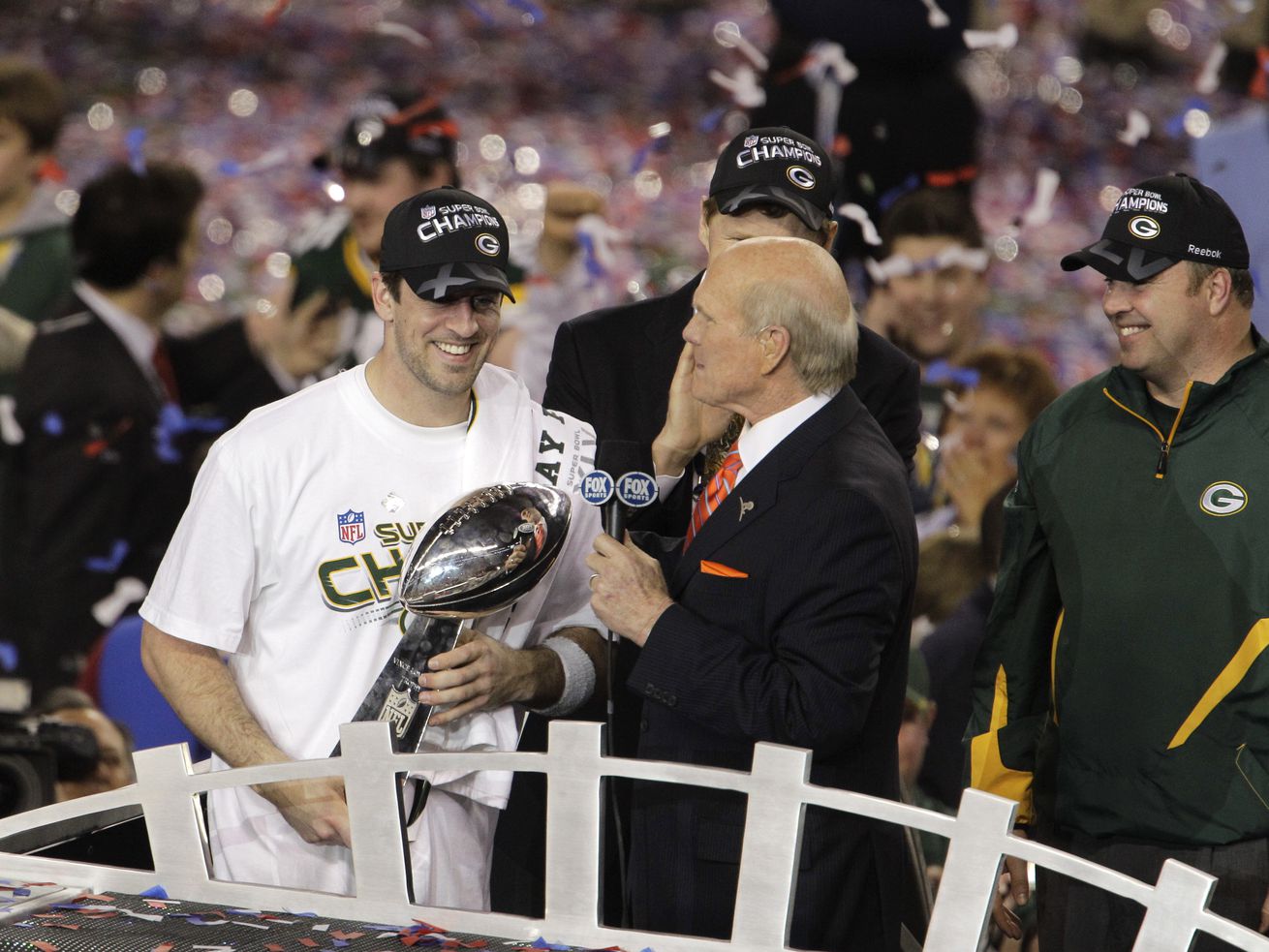 “Him being that upset shows me how weak he is,” Bradshaw told WFAN’s Moose and Maggie in an interview on Monday. “Who the hell cares who you draft? I mean, he’s a three-time MVP in the league and he’s worried about this guy they drafted last year at number one? … And for him to be upset, my God, I don’t understand that.”

Rodgers, the reigning NFL MVP, expressed no desire in returning next season to several members of the Packers organization during the NFL draft last week and one report claimed Rodgers would only return if GM Brian Gutenkunst was removed. The ongoing contentious relationship began when the Packers selected quarterback Jordan Love in the first round of the 2020 draft – shortly before Rodgers’ eventual MVP season.

Bradshaw, a four-time Super Bowl winner and former MVP himself, said he reacted differently in a similar situation in his career with the Pittsburgh Steelers from 1970-1983.

“Pittsburgh drafted Mark Malone No. 1, Cliff Stoudt in the third or fourth round – I had them coming at me from all angles,” Bradshaw said. “I embraced it because when we went to practice, I wasn’t worried about those guys. They didn’t scare me a bit. So I don’t understand why he’s so upset at Green Bay.”

Bradshaw has a suggestion for the Packers.

“Here’s what I would do: I wouldn’t budge,” Bradshaw said. “Let him gripe. Let him cry. Retire. You are (37). Go ahead and retire. See you later. I’m really strong about stuff like that. It just makes him look weak.

How dare you draft somebody? I play better than they thought I would. Me being the MVP really screwed them, really messed them up.

“Well, obviously he doesn’t need the money, so he probably should just retire and go do Jeopardy! I wouldn’t budge.”

Keep in mind, team president Mark Murphy and general manager Brian Gutekunst have stressed they don’t intend to trade Rodgers. If the Packers decide they are simply unwilling to negotiate a trade, Rodgers doesn’t have any alternative. He can’t directly force his way to another team.

But this is the last thing the Packers expected after Rodgers’ MVP season.

“He’s really put them in a pickle,” Bradshaw said. “If he retires, then that takes care of that. They can’t trade him. If they trade him, they’re gonna lose too much money.”

Golden Globes 2021: The Complete List of Nominees | Entertainment Weekly
TV finale dates: When is your favorite show wrapping up?

Mask or no mask? Here’s what Utah theaters are saying