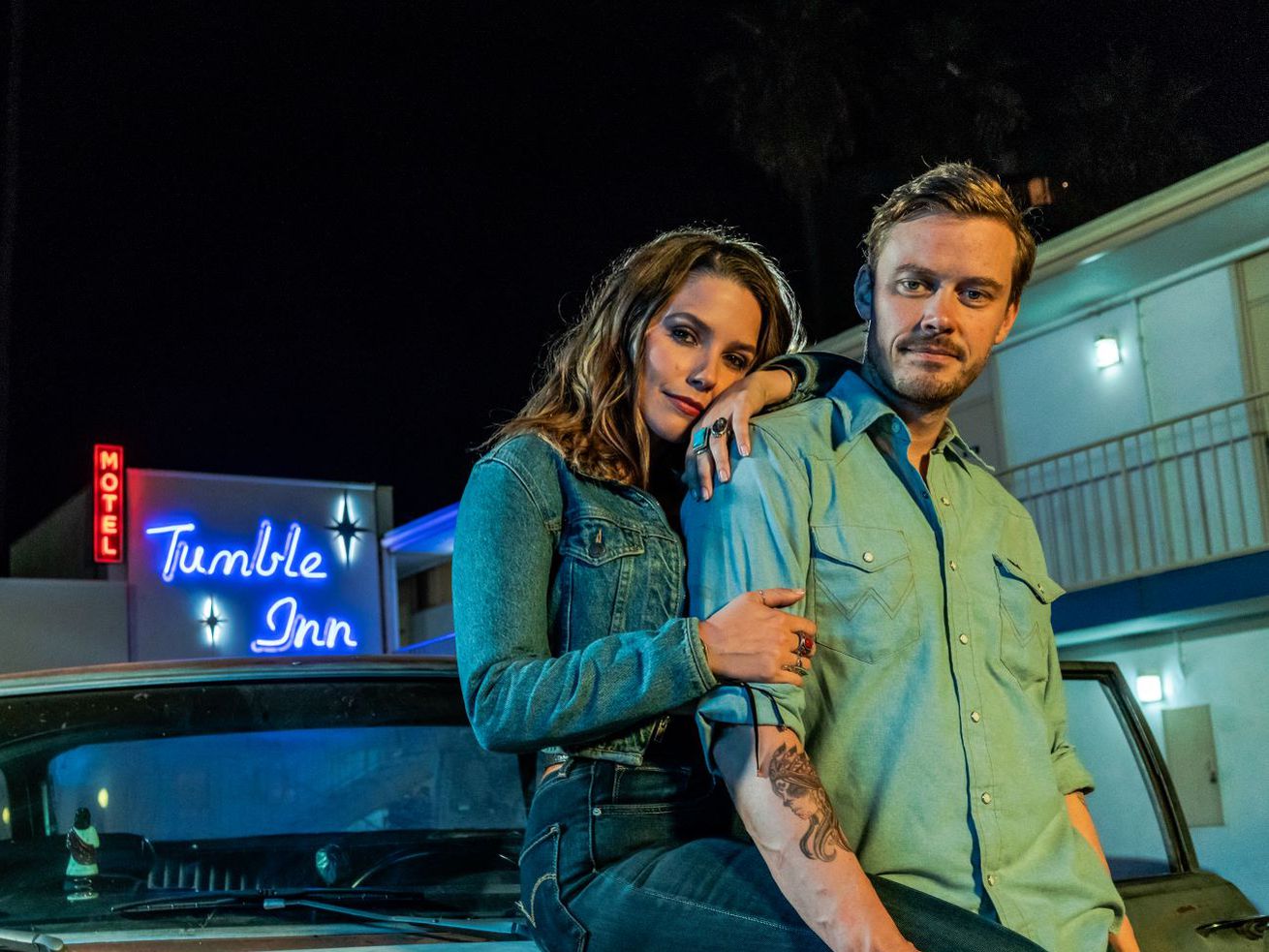 Michael Dorman does great work as a small-town hustler pursued by gangsters and reunited with a past love in the drama based on a Todd Snider tune.

You won’t find a whole lot of classics on the list of films based on popular songs, and let me clarify by saying I’m referencing movies with plot points and characters taken straight from the lyrics — not films that were named after song titles, e.g., “Dazed and Confused,” “My Girl,” “Pretty in Pink” and “American Pie.” No, we’re talking about such entries as “Convoy,” “Coward of the County,” “Harper Valley PTA,” “The Gambler” (with Kenny Rogers) and “Ode to Billy Joe,” in which Billy Joe MacAllister jumped off the Tallahatchie Bridge, just like he did in the song by Bobbie Gentry.

Now comes the indie-vibe, character-driven, rough-and-tumble “Hard Luck Love Song,” which is based on the Todd Snider song “Just Like Old Times,” and when the movie is all said and done, we see footage of Snider performing his composition onstage, and let me tell you, just about everything that happens in the film happens in the song. It’s crazy how much they jammed in here.

Michael Dorman (virtually unrecognizable and about 40 pounds lighter than when he played Gordo Stevens in the Apple TV+ series “For All Mankind”) channels James-Dean-meets-Stephen-Dorff in a mesmerizingly good performance as Jesse, a charming bounder who has a good heart and some talent as a singer-songwriter but is always getting in his own way and stepping in some serious, um, stuff. (You figure about half his shirts have blood stains on ‘em.)

“Hard Luck Love Song” is set primarily in and around a stark, isolated and dangerous town where the liquor store clerk is also a drug dealer, the seedy motel is a hangout for sex workers and their clients, and the bars are teeming with bikers and party women and craggy-faced middle-aged men who look like they’ve done time. With his warm smile and his penchant for hugging everyone he meets, Jesse seems like a puppy among junkyard dogs, especially when he takes on a local gangster named Rollo (Dermot Mulroney, menacing as hell) in a high-stakes billiards match. But it turns out Jesse’s a hustler, and he manages to escape through the kitchen with an enormous wad of bills before Rollo and his henchmen can beat the daylights out of him.

Not that Jesse doesn’t get knocked around more than once in “Hard Luck Love Song.” He clearly has issues and wants to punish himself for his self-destructive behavior, which continues even after he reconnects with his old girlfriend Carla (Sophia Bush, terrific), who is working as an escort these days, and that might or might not involve something more than companionship and dancing. Dorman and Bush are wonderful together as two damaged souls who are probably better off without each other …read more