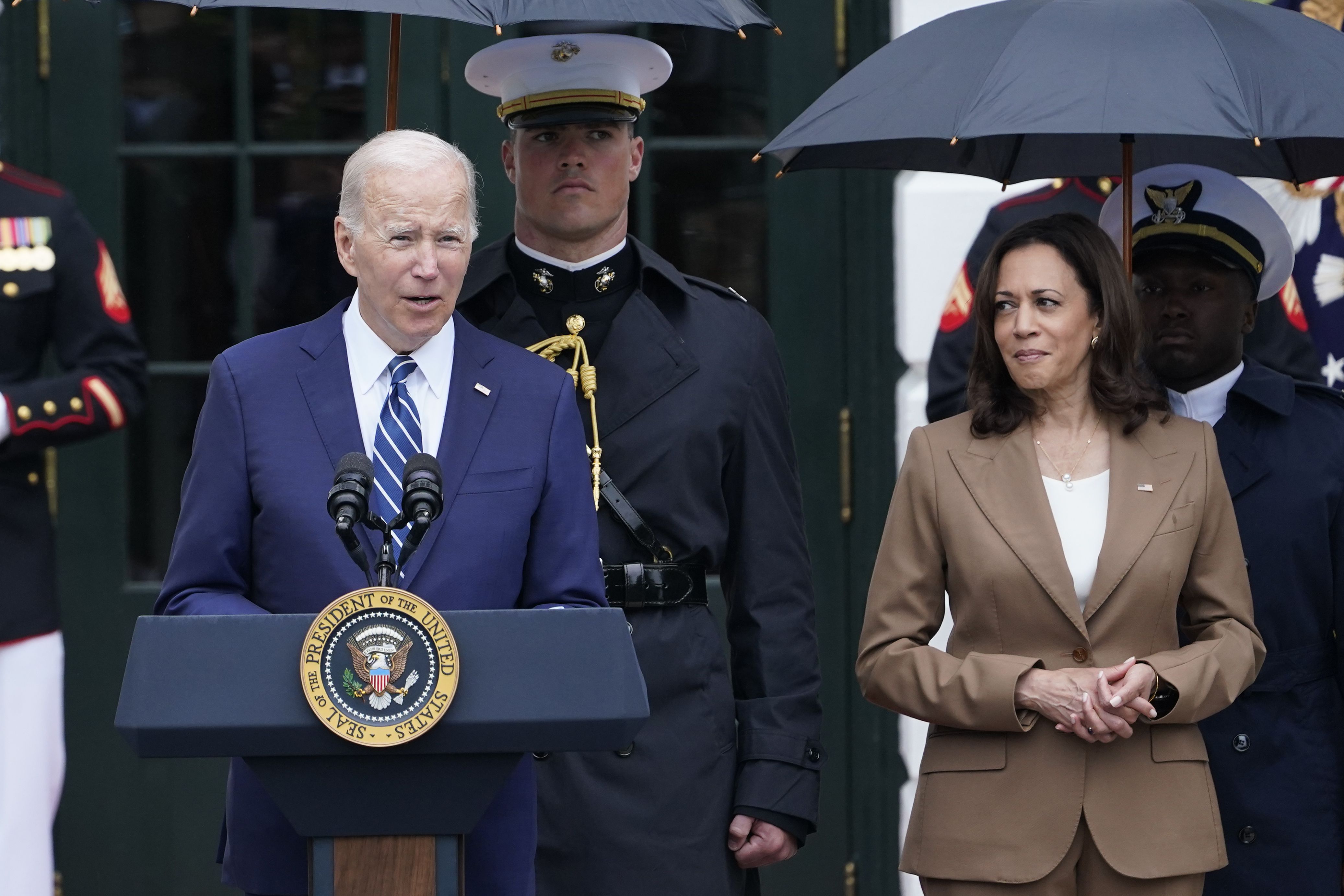 Vice President Kamala Harris met with attorneys general from seven Democratic-led states on Thursday and suggested they might be able to lead legal challenges of any new state abortion restrictions that grow out of an upcoming Supreme Court ruling expected to weaken the landmark Roe v. Wade decision.

Harris has increasingly become a leading White House voice on the issue since the leak last month of a draft high court opinion suggesting that justices are on the brink of overturning the 1973 Roe v. Wade ruling legalizing abortion nationwide. In recent weeks, she’s held virtual meetings with women’s rights organizations and with abortion providers from states with some of the country’s strictest restrictions — while also discussing the issue in person with faith leaders in Los Angeles.

This time she was joined at the White House complex by Attorneys General Josh Kaul of Wisconsin, Aaron Ford of Nevada, Raoul Kwame of Illinois and Venus Johnson, California’s chief deputy attorney general.

The vice president said attorneys general “have the power to assess and potentially challenge the constitutionality of laws that are being passed in their states.” They can also convene legal organizations and other support groups “to offer services to the folks who will be affected by the laws in their states,” she said.

Like President Joe Biden, Harris has argued that other key court rulings allowing access to contraception and legalizing same-sex marriage could also be threatened. Still, the White House has few options available to protect abortion nationwide after legislation to codify the Roe v. Wade decision in federal law failed last month in the Senate.

Harris further noted Thursday that attorneys general have jurisdiction in many states giving them “the ability to direct law enforcement resources” and guaranteeing that such resources are “actually effective in ensuring the safety and the well-being of the people in their state.”

Harris noted that the attorney general is elected in 43 states nationwide, and suggested voters choose accordingly: “I urge the people of our country to know the power that they have to have an impact on the way the laws of their state are enforced.”

The vice president, who has argued that abortion restrictions are examples of gender discrimination designed to take away women’s rights, said voters should view the issue of abortion in terms of their state’s attorneys general “enforcing the principles, the spirit and the ideals of the Constitution of the United States in a way that is about equal treatment of all people.”

Man, 30, arrested in North Lawndale slaying after stepping out of downstate prison