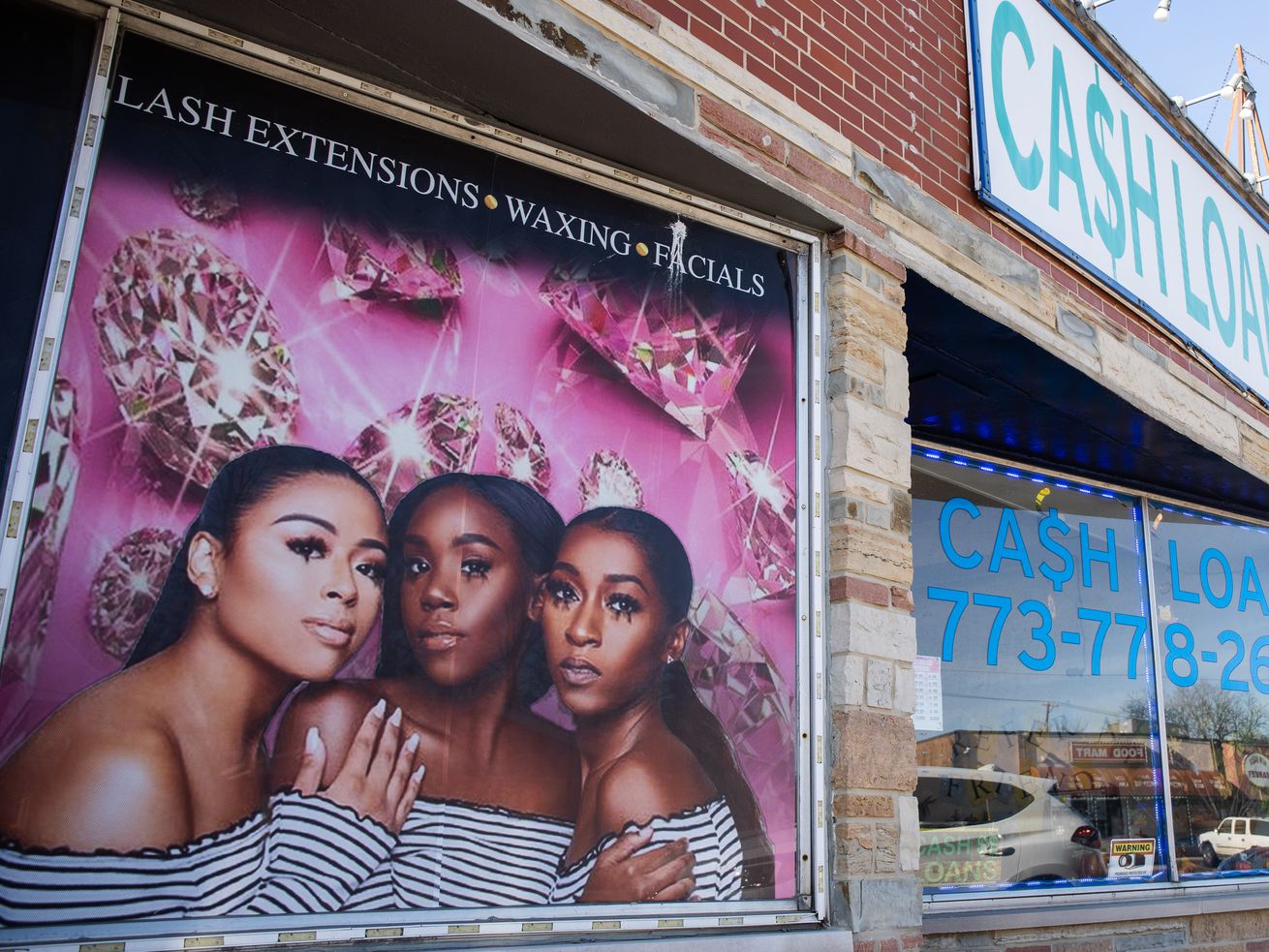 A loan store in the Ashburn neighborhood on Chicago’s South Side. An analysis of 2019 borrower data found an abundance of high-interest loans in majority Black neighborhoods. Industry groups say they lend money to people who don’t qualify for traditional bank loans. | Pat Nabong/Sun-Times

Pointing out that high-interest loans proliferate in non-white Chicago neighborhoods is a bit like saying the sky is blue or the grass is green, but a consumer group says it’s proving it for the first time with hard numbers.

60619 and 60620 on the South Side, which include parts of Chatham, Burnside, Avalon Park and Greater Grand Crossing, Auburn Gresham and Washington Heights. Those ZIP codes had more than 16 payday loans per 100 people and are both 95.7% Black.
60624 on the West Side, which includes parts of West Garfield Park, East Garfield Park and Humboldt Park and which had 15.8 payday loans per 100 people. That ZIP code covers an area that’s 90.7% Black.

In contrast, ZIP codes with the lowest incidence of payday borrowers were mostly white, such as 60614 in Lincoln Park. That area had 1.1 payday loans per 100 people in a ZIP code that’s 84% white.

The analysis included ZIP code data for borrowers with payday loans and payday installment loans, which largely disappeared as of March 23, when a new interest rate cap took effect in Illinois. The nonprofit group obtained the data through a records request to the Illinois Department of Financial and Professional Regulation.

Studies have shown Black Americans have an average net worth that’s about one-tenth that of white Americans, largely due to past discriminatory practices that hindered the accumulation of family wealth, including denial of home mortgages.

The industry says it provides a necessary service for people who don’t have the credit history or collateral to qualify for traditional bank loans.

In Illinois, as of March 23, payday loans, title loans and installment loans must abide by a 36% cap on the annual percentage rate of interest. The Illinois Predatory Loan Prevention Act also forces vehicle financing to adhere to the cap.