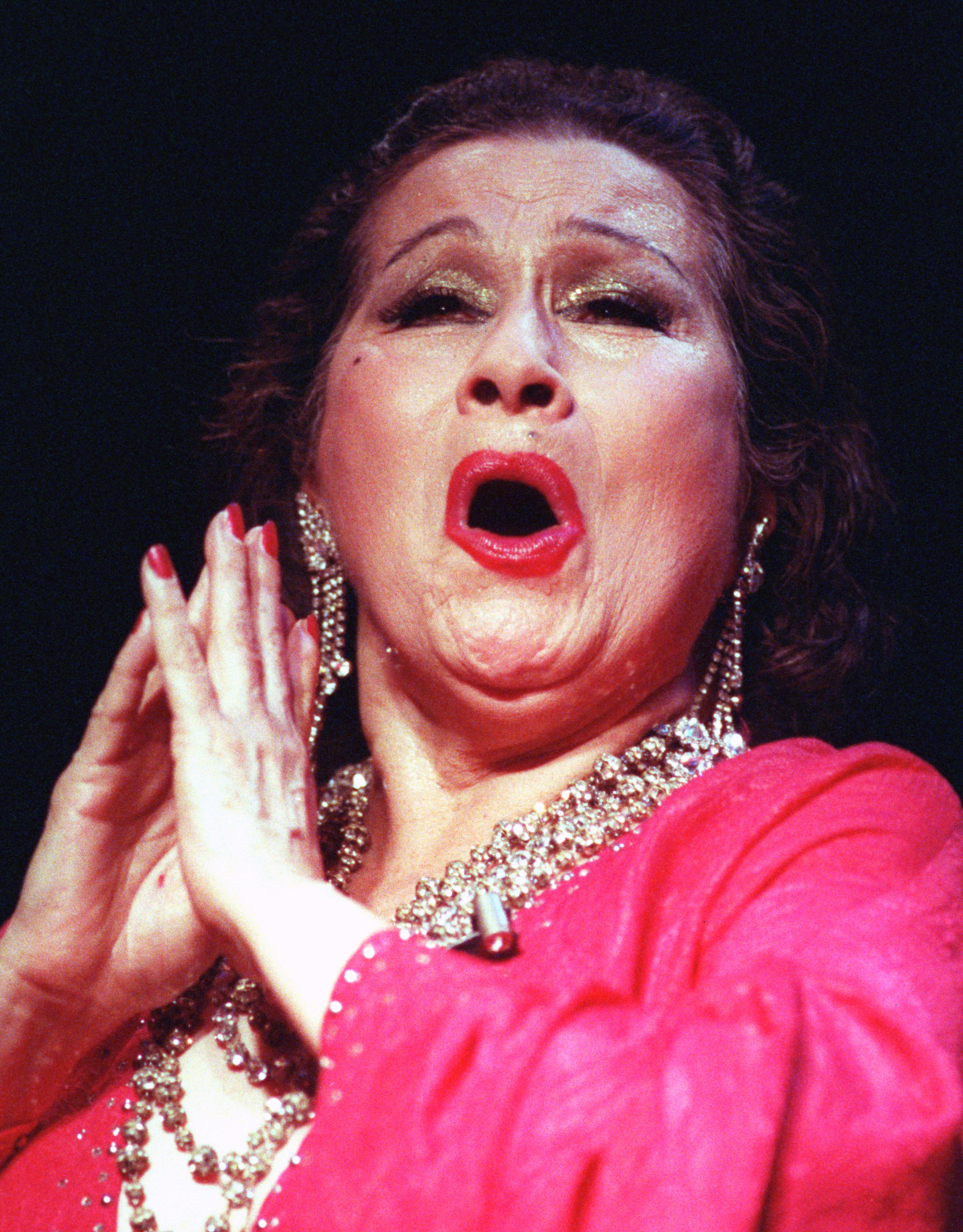 HOLLYWOOD — A Hollywood intersection was dedicated Thursday as Yma Sumac Square in honor of the record-setting Peruvian singer and one of the best known performers of exotica music in the 1950s, nine days after the 100th anniversary of her birth.

Damon Devine, who was Sumac’s representative, personal assistant, makeup artist and eventual caregiver for the last 11 years of her life, and Councilman Mitch O’Farrell, who introduced the motion to name the intersection in Sumac’s honor, were set to speak at the 11 a.m. ceremony at the intersection of Hollywood Boulevard and Wilcox Avenue.

Sumac’s star on the Hollywood Walk of Fame at 6445 Hollywood Blvd. is just east of the intersection. She received the star when the Walk of Fame was completed in 1961 with the first 1,558 stars.

Born Zoila Emperatriz Chavarri Castillo on Sept. 13, 1922, in Callao, Peru, she graduated from high school in 1940 and sang in local festivals, according to her website. In 1942, she joined Compañia Peruana de Arte, a music group formed by the Peruvian folk musician and composer Moises Vivanco, who she married that year.

Peruvian soprano Yma Sumac performs during the 16th edition of the Musical SPping Festival, on May 1, 1992, in Bourges, central France. Sumac died at 86 on November 2, 2008, in Los Angeles, where she lived six decades, her official website announced on Nov. 3. (Photo by FRANCOIS GUILLOT/AFP via Getty Images)

Mai Zetterling, Danny Kaye, Yma Sumac and Julie Wilson at the premiere of “Knock on Wood,” on April 23, 1954. (Photo by Evening Standard/Getty Images)

Yma Sumac poses by a pond on set of “The Loves of Omar Khayyam,” the second motion picture for the Peruvian star, April 25, 1956. (AP Photo)

In this July 6, 1954 file photo, Yma Sumac is shown on the deck of the ocean liner United States as she arrives in New York. Sumac died Nov. 1, 2008, after an eight-month bout with colon cancer, according to Sumac’s friend and personal assistant Damon Devine. (AP Photo/file)

A photo dated from January 1955 shows Peruvian soprano singer Yma Sumac with her husband Moises Vivanco in Los Angeles during a press conference at which Vivanco denied the charges of a paternity suit against him by Sumac’s former secretary. (Photo by FELIX PAEGEL/AFP via Getty Images)

UCLA and Oaks Christian football are closer than they appear