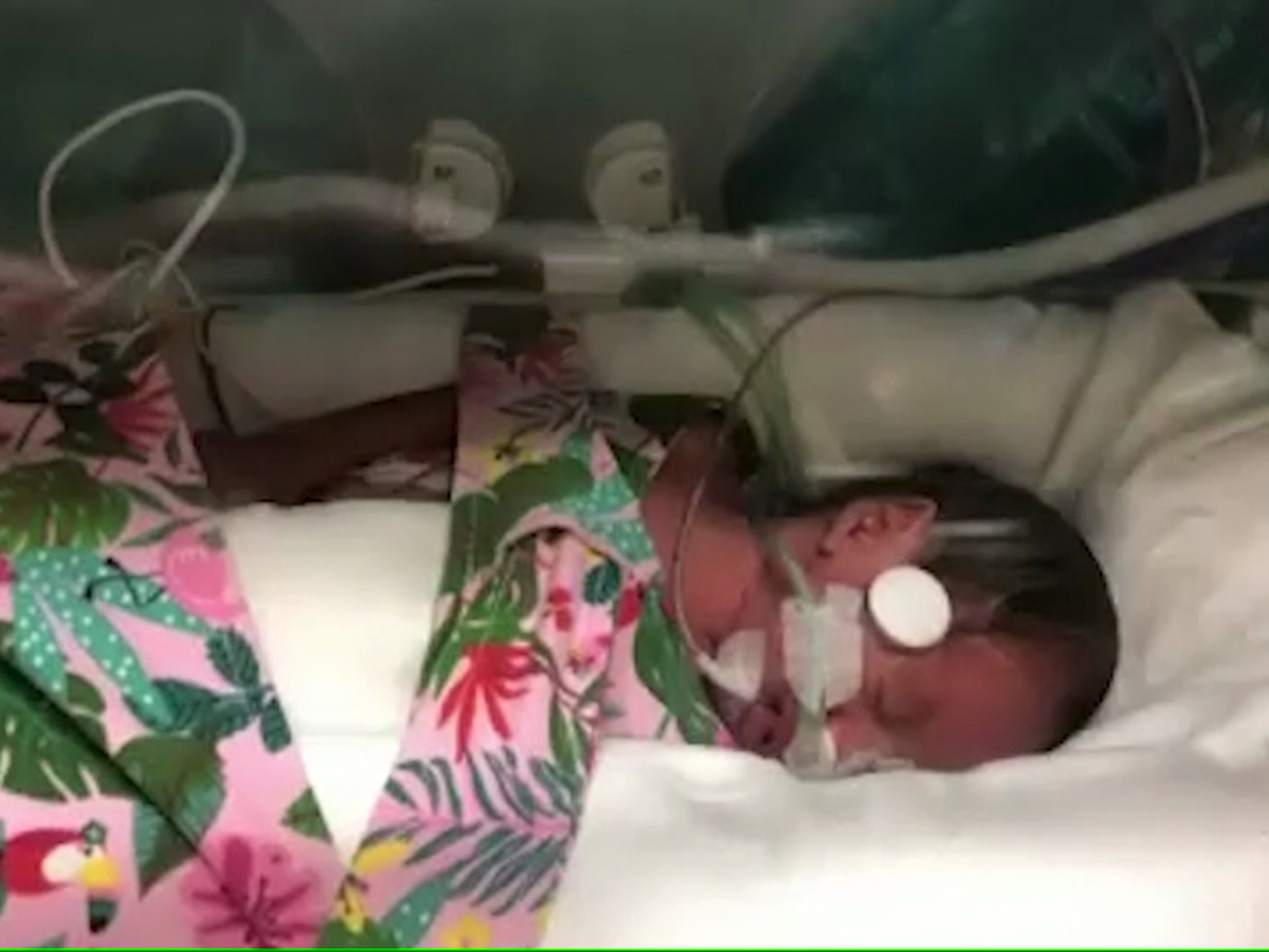 An Orem woman had the surprise of her life while flying from Salt Lake City to Hawaii for a family vacation.

On April 28, thousands of feet above the Pacific Ocean, 38-year-old Lavinia “Lavi” Mounga gave birth to a baby boy.

And she had no idea she was even pregnant.

“It was a shock to myself and everybody on the plane,” Mounga said with a laugh.

Mounga said she experienced the “weirdest pain” and went to the bathroom and passed out only to wake up to see a baby in her arms.

“I open my eyes and I look down and I really don’t know what I saw, but I put my hand down and I picked it up and it was a baby,” she said.

“I didn’t have to do it alone, and I had so much support and everyone was just so willing to offer up everything that they had … so much kindness in the world still even with all the craziness that’s going on,” Mounga said.

KSL-TV
Lavinia “Lavi” Mounga, or Orem, recounts giving birth while traveling from Salt Lake City to Hawaii during an interview on Monday, May 3, 2021. Mounga, who didn’t know she was pregnant, gave birth to a baby boy on April 28.

“About halfway through the flight, there was an emergency call, and I’ve experienced this before and usually they’re pretty clear asking if there is a doctor on board,” Glenn said in a Hawaii Pacific Health press release. “This call was not like this and it was fairly urgent.”

Bamfield said she heard someone call out for medical help and saw how little the baby was.

All three nurses and the doctor sprung into action. With no special equipment for the preemie, the group got creative: they used shoelaces to cut and tie the umbilical cord and used a smartwatch to measure the baby’s heart rate.

The delivery was also the subject of a viral TikTok, which racked up more than 11 million views as of Sunday night. The video shared by Julia Hansen shows the announcement of the birth on the flight, with the plane landing three hours later.

Medical crews were waiting at the airport in Honolulu to help get the mom and baby to Kapiolani Medical Center for Women & Children.

The three nurses from the flight were able to visit Mounga and the baby on Friday and said it was an emotional reunion.

“We all just teared up. She called us family and said we’re all his aunties, and it was so great to see them,” …read more

Redlands’ Jaelan Phillips drafted by Miami Dolphins in first round