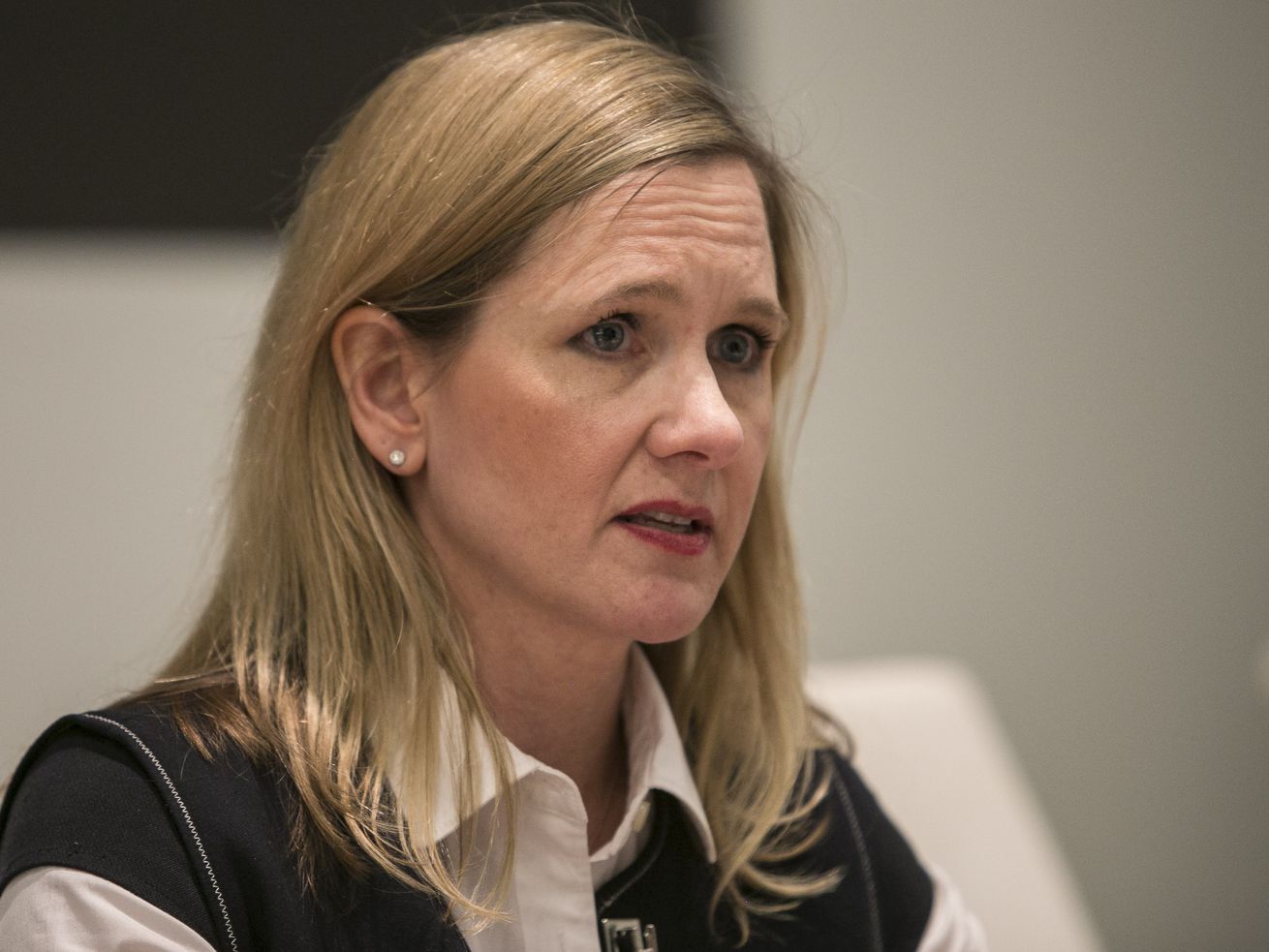 Degnen should resign from the Cook County board or quit working as a paid consultant — and possible owner — in the recreational pot business.

When running for Cook County commissioner, Bridget Degnen vowed to be a full-time officeholder who wouldn’t profit from outside work.

But six months after Degnen took her seat on the county board in 2018, as reported by Tom Schuba of the Sun-Times late last week, she walked through the infamous political “revolving door” and started cashing in on her prior governmental experience.

After working from 2013 to 2017 as the deputy director of medical cannabis at the Illinois Department of Financial and Professional Regulation — the state agency that will issue the next round of licenses for marijuana dispensaries — Degnen hung out her shingle as an adviser to applicants for those licenses. She also landed an ownership stake in a company hoping to open dispensaries across the state.

It’s a perfect example of how the revolving door works, with all its dangers of insider dealing.

After learning the ropes and building up excellent contacts, a top government official quits the job and goes right to work for private companies looking to benefit from the ex-official’s knowledge, political connections and personal relationships. It’s even more unseemly when the former government official, as in Degnen’s case, does so while taking on another yet government job.

Like others before her, Degnen says she broke no laws because enough time had elapsed between her state job and the beginning of her work for the cannabis industry. But one applicant said she somehow “knew how these [applications] were going to get scored” and “knew what the application looked like before anyone else did.”

How did she know that?

This is how the revolving door works.

By representing a company pursuing licenses to open cannabis shops while also drawing a Cook County paycheck, Degnen is blatantly breaking a campaign promise. If she cares at all about ethics in government, she’s got a choice to make. She can remain a county commissioner or she can continue to work as a cannabis-license consultant and part owner of a company, AmeriCanna Dream LLC, that is seeking marijuana licenses.

She should not do both.

Moreover, in filling out disclosure forms, Degnen was cagey about her outside work. On her statement of economic interest, where she is supposed to list professional services for which she was paid more than $5,000 in the preceding year, she simply stated: “Other.” Where the form asked for whom she provided those service, she wrote: “Other — LLC.”

How that for transparency?

Degnen’s outside work leaves residents of the 12th Cook County District, which represents part of Chicago’s North and Northwest sides, without a voice when marijuana dispensary-related issues come before the county board because she will have to recuse herself.

The revolving door is working for Bridget Degnen. She stands a chance of getting quite wealthy.

It will never work for you.