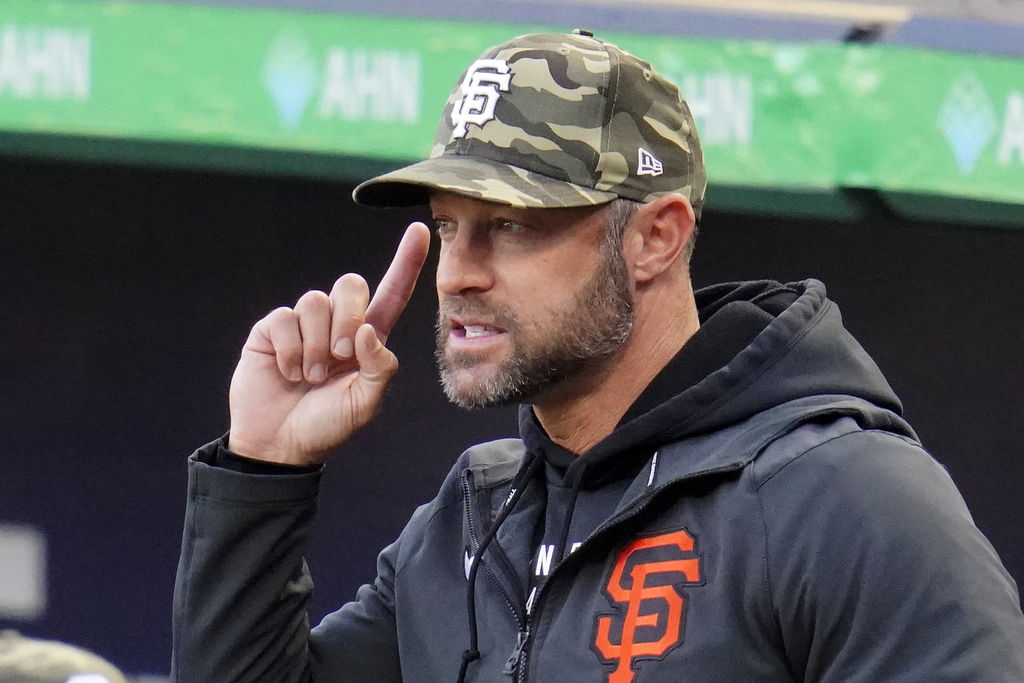 Right-hander Anthony DeSclafani never had to throw a warm-up pitch Thursday as the series-opener between the Giants and Nationals was postponed due to rain.

With showers expected to continue through the evening in Washington D.C., the Nationals announced the matchup would be postponed to Saturday as the clubs will play a split doubleheader. Thursday’s postponed game will be made up at 11:05 PT on Saturday before the clubs meet again at 4:15 PT for the regularly scheduled game.

The postponement should help a Giants bullpen that could use a breather after manager Gabe Kapler called on five relievers to pitch in Tuesday’s 9-4 win before using six different pitchers in Wednesday’s 4-3, 11-inning loss. Right-hander Dominic Leone and lefty Jake McGee were the only relievers who appeared in both games, but multiple pitchers including rookie Sammy Long, fellow southpaw Conner Menez and closer Tyler Rogers threw 2.0-plus innings on Wednesday.

DeSclafani was originally slated to pitch Wednesday, but the Giants pushed his start back a day to give the veteran an extra day of rest. After last starting on Thursday against the Cubs, DeSclafani will have gone more than week between starts when he takes the ball on Friday.

The Giants announced ace Kevin Gausman will start one of the two games Saturday, but haven’t determined whether he’ll pitch in the afternoon or evening. Right-hander Johnny Cueto is also lined up to pitch on Saturday with Alex Wood set to go on Sunday, but the club has not finalized those plans.

There are no guarantees Friday’s game starts on time or is played at all as heavy rainfall is expected throughout the day. Showers are expected to subside by Saturday morning, so the Giants and Nationals should be in the clear for the start of their doubleheader.

The Nationals may also enjoy the breather on Thursday as the club reportedly didn’t return home from Tampa Bay until 4 a.m. after playing a 4-hour, 19-minute game that lasted 11 innings on Wednesday. The Nationals won 9-7, but used four relievers behind starter Patrick Corbin who gave up three runs in five innings against the Rays.

EXPLAINER: Just how vulnerable is the internet?