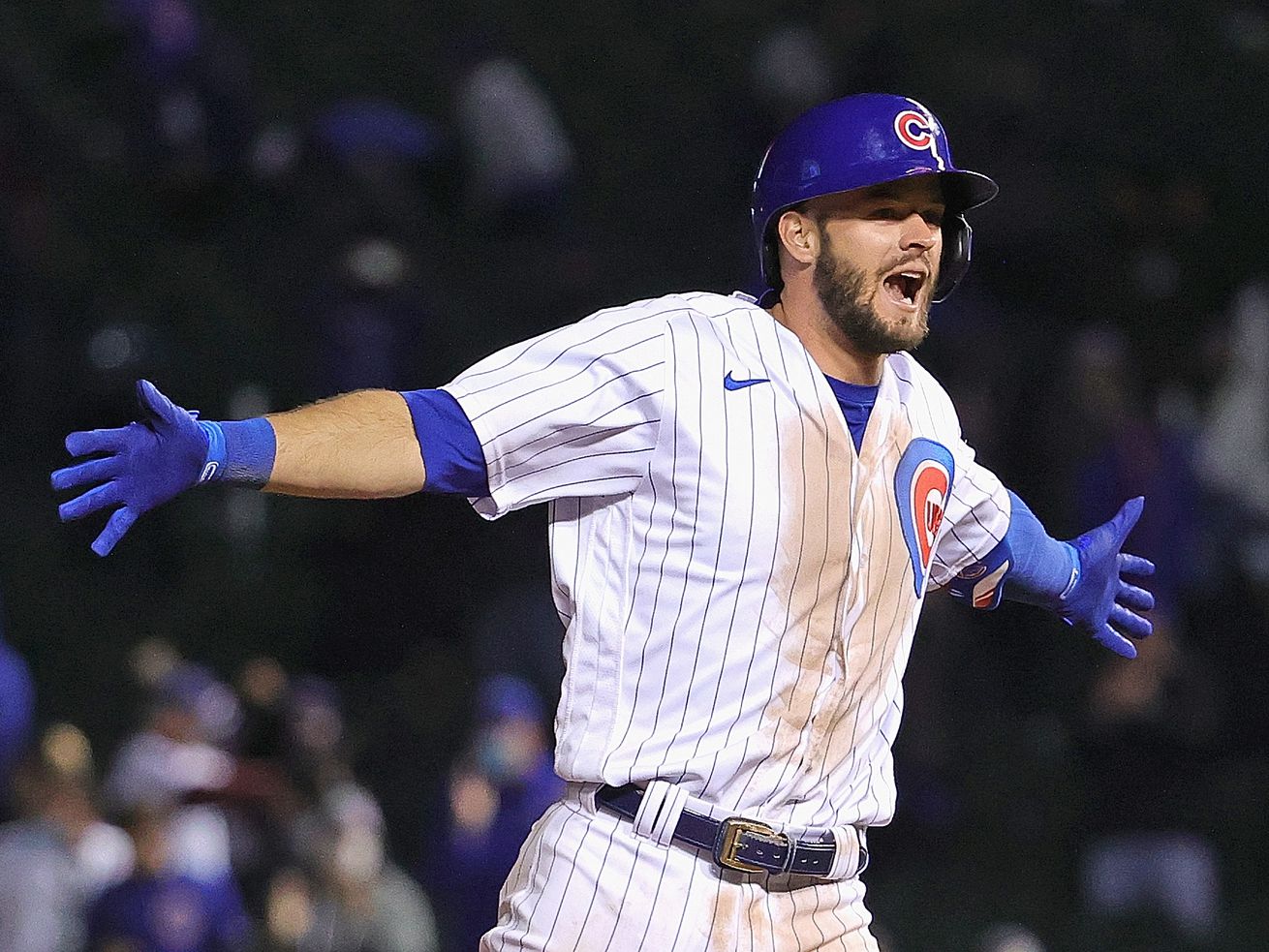 David Bote’s RBI single in the ninth inning gave the Cubs a 4-3 victory in Game 2 after they won the opener 7-1.

Coming off a 13-12 loss Sunday in a slugfest with the Reds and a postponement because of inclement weather Monday, the Cubs came out ready Tuesday in their doubleheader against the World Series champion Dodgers.

As the starting pitching has taken a step back recently, it has been the offense that has had to take a step forward. The bats continued to show they’re on the upswing in opener against the Dodgers.

The offense looked sluggish to start the season, but it has hit its stride during the last two weeks. The Cubs are averaging 6.8 runs since April 26 and didn’t wait around in their 7-1 victory in the opener, scoring four runs in the first inning against Dodgers starter Clayton Kershaw, highlighted by a bases-clearing double by David Bote.

Bote was the hero again in the nightcap, with his RBI single in the ninth ending a back-and-forth game and giving the Cubs a 4-3 victory and the doublehader sweep.

The offense, which had been a well-oiled machine in Game 1, didn’t have the same success in Game 2, despite many opportunities. It’s not often reigning National League Cy Young Award winner Trevor Bauer has an ‘‘off’’ night, but he walked four in 4 1/3 innings in the nightcap.

The Cubs were two outs away from winning Game 2 in the seventh, but Max Muncy homered against Craig Kimbrel with one out to tie the score. The Dodgers then scored twice in the eighth on a tiebreaking wild pitch by Dillon Maples and a home run by Justin Turner before Javy Baez tied the score with a two-run homer against Mitch White with two outs in the bottom of the inning.

‘‘It’s always great to come back at the last second,’’ Baez said. ‘‘It’s just so enjoyable to see it as a team. We want it so bad. We’ve got ups and downs, but the way we have fun here and the way we compete, it’s another level.’’

Embattled Cheney says the GOP is at a ‘turning point’

The Cubs had opportunities in the first six innings to break the game open, including bases-loaded situations in the fourth and sixth. They even had the right man at the plate both times in hot-hitting Kris Bryant, but even he wasn’t able to get the job done.

Nonetheless, they found a way to pick up two victories while facing two of the best pitchers the Dodgers had to offer.

‘‘It’s a funny game sometimes,’’ manager David Ross said after the sweep. ‘‘Not being able to get those guys in, but I’m just super-proud again of the fight in this group. They continue to battle and not give up when things aren’t going our way. Big homer by Javy. Just great at-bats.’’

The Cubs didn’t get off to a fast start this season, even though their schedule provided them with the opportunity to do so, and they’ve had to play some of the best teams in the NL …read more

Golden Globes 2021: The Complete List of Nominees | Entertainment Weekly
As Willie Mays turns 90, time to turn up the volume

A big crappie from Saganashkee Slough: Carl Burch earns Fish of the Week

While others celebrate Justin Fields, this columnist is stuck in doubter space