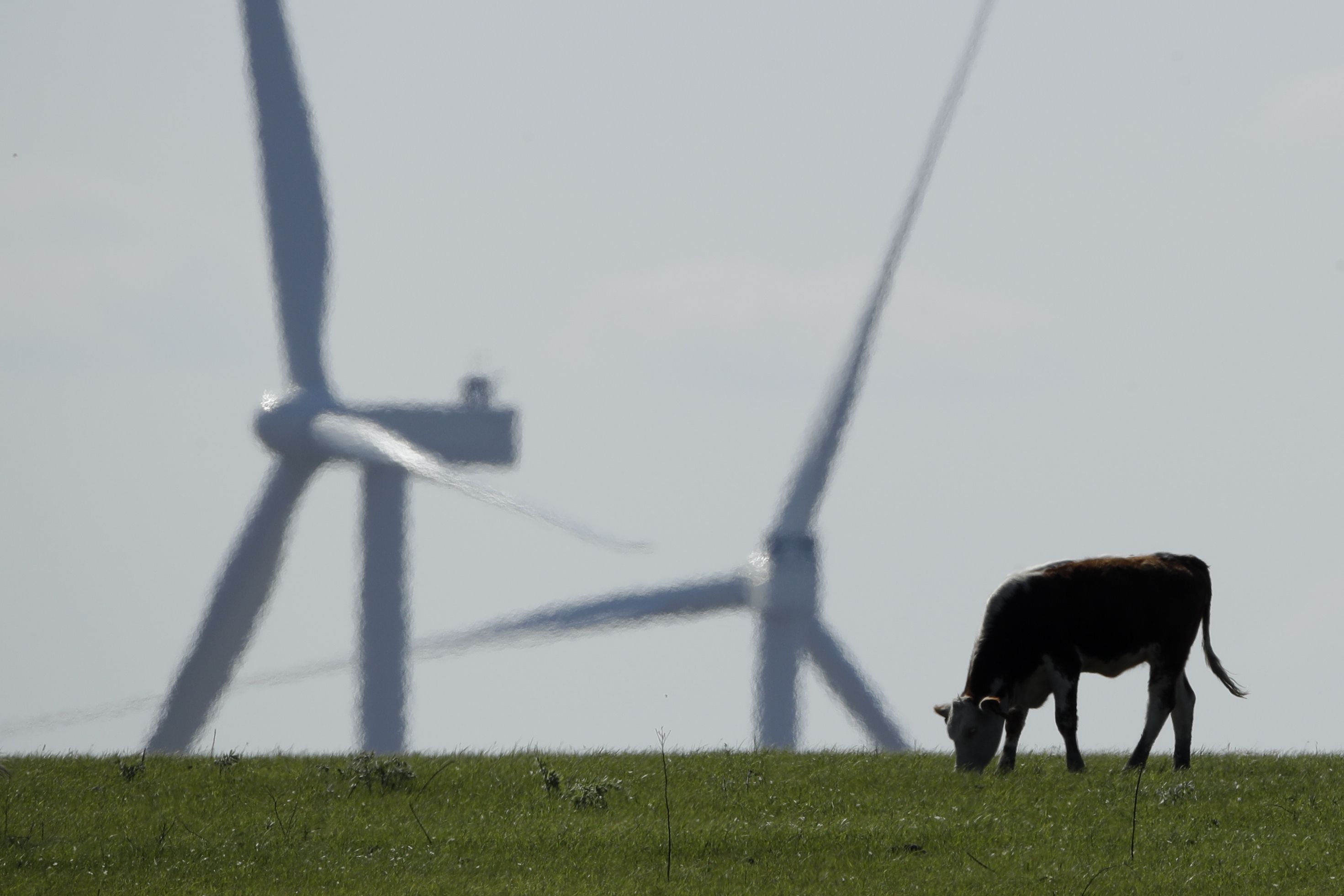 The climate deal reached last week by Senate Democrats could reduce the amount of greenhouse gases that American farmers produce by expanding programs that help accumulate carbon in soil, fund climate-focused research and lower the abundant methane emissions that come from cows.

The bill includes more than $20 billion to improve the agriculture sector’s impact on the environment, mostly by expanding existing U.S. Department of Agriculture programs that help farmers change to better practices. Farmers would be paid to improve the health of their soil, withstand extreme weather and protect their land if the bill is enacted.

The roughly $370 billion climate and energy spending deal would bring the country closer to cutting greenhouse gas emissions in half by 2030, according to new analyses. That is something many scientists say is important, and that President Joe Biden promised. Sen. Joe Manchin, D-W. Va., a long-time holdout on climate legislation, endorsed measures that would benefit electric vehicles, renewable energy and climate-friendly farming. Agriculture is responsible for 11% of the country’s climate-warming emissions.

The funding would expand programs favored by both environmental groups and the agricultural sector, said Ben Thomas, who focuses on agriculture at the Environmental Defense Fund.

“They are voluntary, they are incentive-based, they get results in terms of implementing conservation practices on working lands,” said Thomas. “It’s great to see.”

Thomas said historically, the agricultural sector has not aggressively tackled its contribution to climate change, but that hesitation has shifted in recent years and more money will accelerate progress. There’s a lot of potential, he said.

“It is worth taking very, very seriously,” Thomas said.

Cows belch an enormous amount of methane and agriculture is responsible for more than one-third of human-caused methane emissions, according to the U.S. Environmental Protection Agency. This is a way that people’s diets — if they are high in meat or dairy — contribute to greenhouse gas buildup. The bill directs funds towards altering what cows eat to reduce those emissions.

On farms, soil can hold or sequester carbon if it is left undisturbed and covered by a crop. Money from the bill will expand programs that help farmers turn their soil less, implement climate-friendly crop rotation practices and plant cover crops that aren’t for harvest but improve soil health.

“The historic funding validates the fact that these practices are important,” said Ranjani Prabhakar, an agriculture and climate policy specialist at the environmental group Earthjustice

Cover crops, for example, are only used by a fraction of farmers. If their use were to triple — from around 5% of cropland to 15% — it could remove the equivalent of 14 megatons of carbon dioxide per year, roughly the total annual emissions of New Hampshire, according to Kevin Karl, a flood food and climate researcher at Columbia University.

“The adoption rate is so low,” Karl said. “There’s a lot of potential improvement.”

Federal officials already offer farmers help with a variety of environmentally-focused issues including irrigation and fertilizer use. One program helps fund conservation easements for agricultural land.

Bears GM Ryan Poles needs to hit jackpot with 2022 rookies — so far, he is