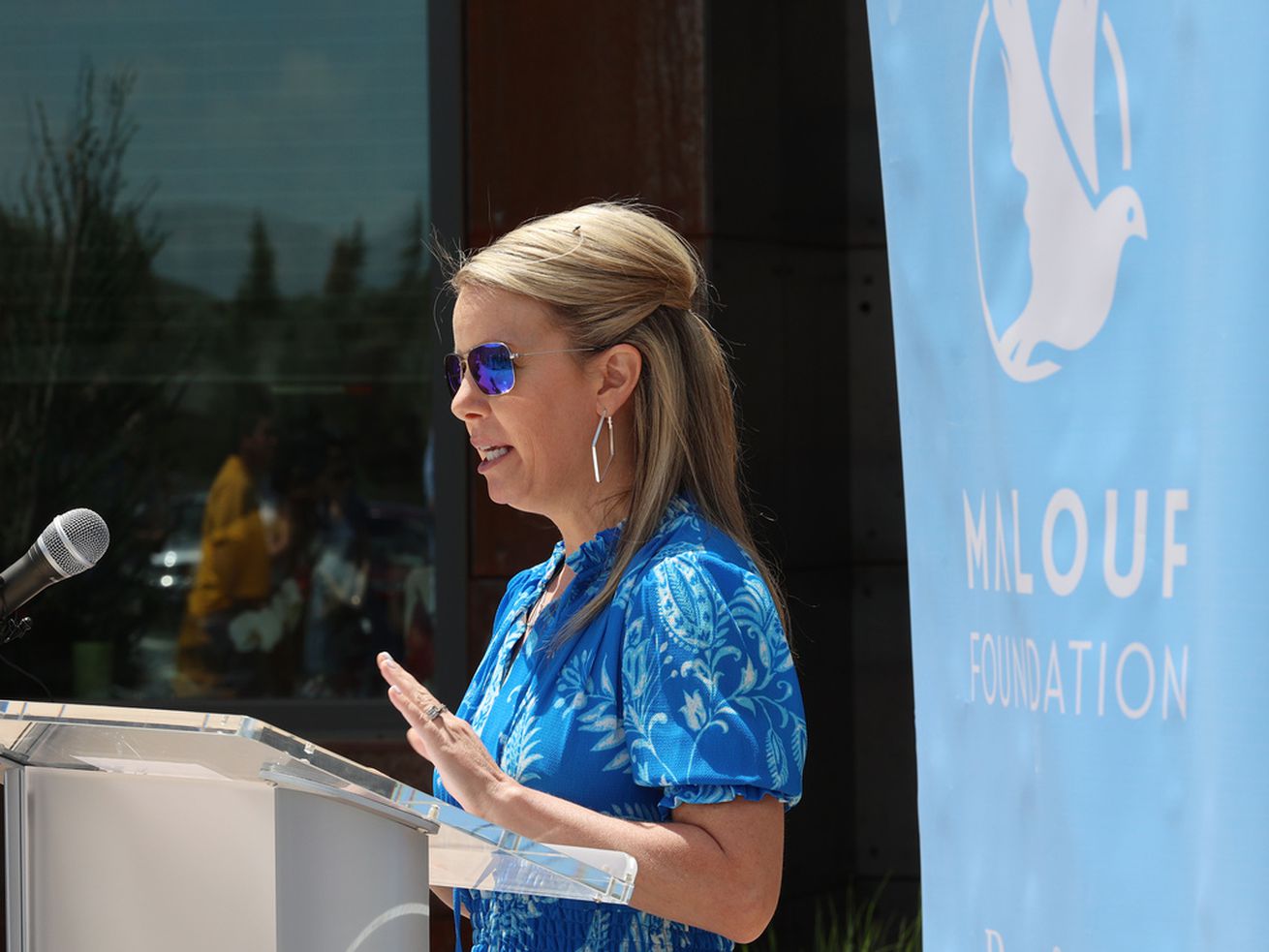 Despite increased awareness about the prevalence of human trafficking in the U.S. and beyond, Julie Whitehead struggled to find comprehensive treatment to respond to her trauma after escaping from her trafficker.

“I started by searching the state of Utah and California and came up empty-handed. I then made it to Tennessee where I stayed in a program for 13 months only to realize they weren’t specialists in trauma — especially my level of trauma — and they were doing more harm than good,” she said.

For those in situations like Whitehead’s, anti-human trafficking nonprofit Malouf Foundation announced Tuesday it plans to build one of the first recovery centers for survivors in Utah and the Intermountain West.

The mom who lived and taught preschool in Utah fell victim to her trafficker — the father of one her students — soon after escaping an abusive marriage. Eventually, someone noticed that something was wrong and helped her get away, Whitehead said.

While she was being trafficked, her focus was survival, she said. But Whitehead described recovery as even more difficult. After searching for treatment, she eventually found a center in Boston, where she has remained for six years.

“When I left, my daughter was 18 months old, and when I returned, she was 6 years old. I say all this to stress how important aftercare centers are, especially that are tailored to trafficking survivors — to have all of these different resources under one roof in one place, a safe place that survivors can live with other survivors who understand things in ways no one else can,” Whitehead said.

The new center in the Salt Lake City area will likely be around 10,000 square feet and include beds for between 20 and 50 survivors at a time. The largest existing aftercare center for human trafficking victims in the U.S. has 50 beds, said Sam Malouf, co-founder and president of the Malouf Foundation.

Jared Cook sees Chargers’ potential to be a ‘high-powered’ offense

There’s a need for 100,000 beds for those survivors around the country, but only 650 exist, he said, with none in the Intermountain West that provide residential services.

“Throughout the years, we’ve collaborated with aftercare centers throughout the world providing bedding and mattresses to those in need. Throughout those experiences, we recognized the need to have aftercare services here in Utah for survivors of sexual exploitation,” Malouf said when announcing the foundation’s plan to build an aftercare center during the annual Golf for Freedom charity event in Park City.

The $200,000 raised during the event will go toward the center’s creation, he said.

Kacie Malouf, co-founder and board chairwoman of the Malouf Foundation, said the center will give female survivors between ages 11 and 18 housing, medical care, clinical therapy, education, life skills training, support groups and legal assistance for 18 months. A specific location has not been finalized.

The center will carry an estimated cost of $10 million for its construction and operation, of which the Malouf Foundation has already raised 10%, Sam Malouf said.