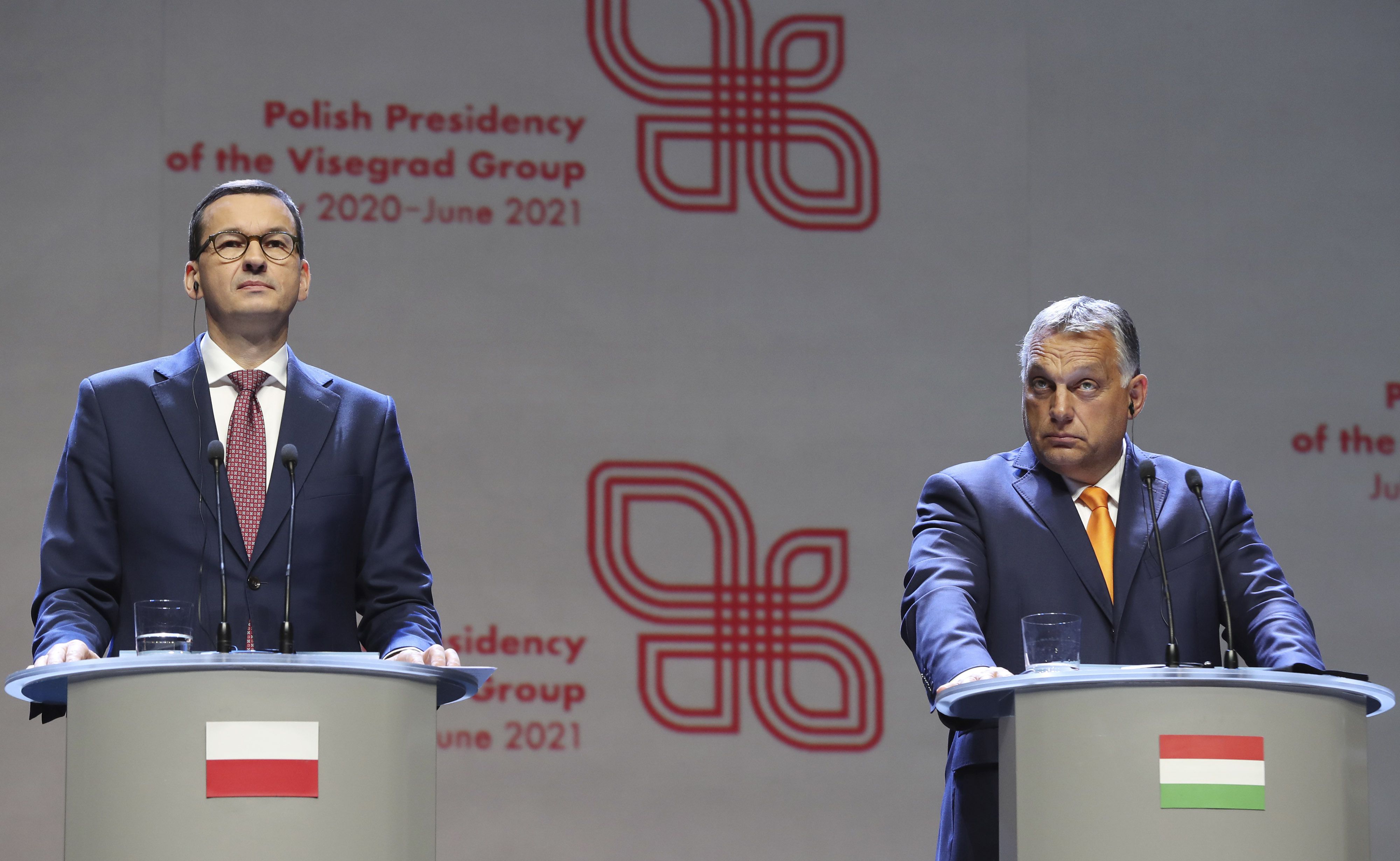 Hungary’s prime minister on Wednesday called the European Union’s proposed mechanism to link the rule of law to budget disbursements for EU nations a “political and ideological weapon,” claiming it was designed to blackmail and punish countries that reject immigration.

Hungarian Prime Minister Viktor Orban and Poland are currently using their EU vetos to stop a 1.8 trillion euro ($2.1 trillion) EU budget and coronavirus recovery package from taking effect. They say they will continue doing so as long as other EU nations maintain their commitment to including the rule of law mechanism in the budget.

The issue is set to become a major dispute at Thursday’s EU video summit of the leaders of the 27 member nations. Most EU nations said a linkage between getting funds and respecting the rule of law was necessary amid accusations that some of the cornerstones of Western democracy are being undermined in both Hungary and Poland, nations that get substantial funds from the EU.

Orban claimed Wednesday that the dispute was linked to his restrictive views on immigration, which are unpopular in some EU circles.

“In Brussels today, they only view countries which let migrants in as those governed by the rule of law. Those who protect their borders cannot qualify as countries where rule of law prevails,” he said in a statement released to the state news agency MTI.

“Once this proposal gets adopted, there will be no more obstacles to tying member states’ share of common funds to supporting migration and us(ing) financial means to blackmail countries which oppose migration,” he said.

Orban and other Hungarian officials have consistently sought to portray attempts in Brussels to rein in Hungary’s democratic backsliding as rooted solely in pressuring the country to accept immigrants.

But EU concerns that Hungary is undermining the rule of law have focused on a wide range of issues, including judicial independence, freedom of expression, corruption, the rights of minorities, and the situation of migrants and refugees in Hungary.

“Hungary, in fact, is a dedicated follower of the rule of law. The Ieaders of the current governing parties were the people who fought out democracy in the face of the communist dictatorship,” Orban said. “In our view, tying economic and financial questions to political debates would be a grave mistake, one that would undermine Europe’s unity.”

On Tuesday, Polish President Andrzej Duda joined Orban in saying that the EU budget must be vetoed, describing the EU’s rule of law mechanism as a “dictate.”

But all EU states badly need the money as coronavirus infections and deaths surge around Europe. Many EU nations have seen their economies ravaged by both increased health care demands and the lockdowns put into place to slow the pace of contamination.

The new EU budget is meant to take effect on Jan. 1.