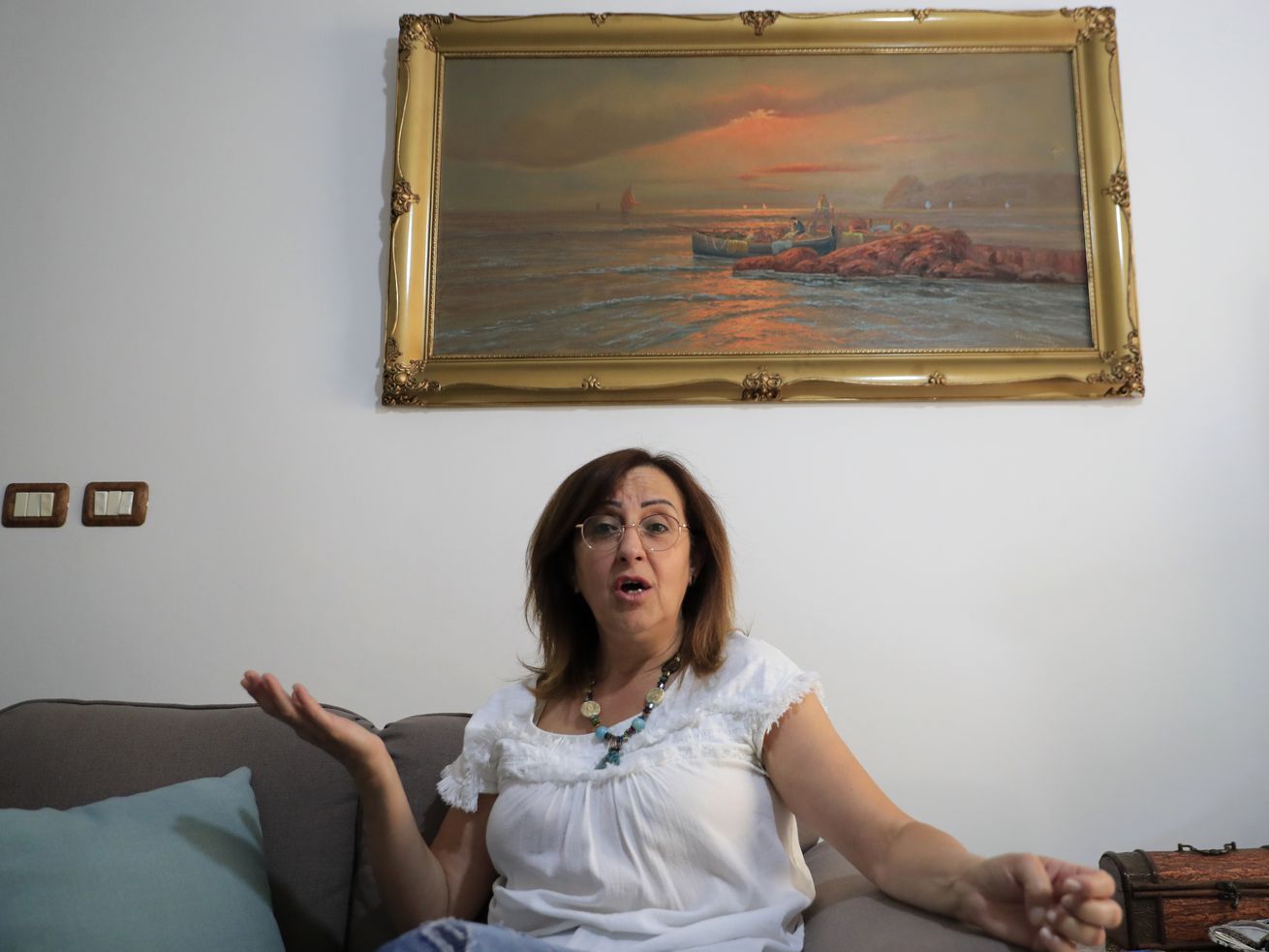 Nada Waked, a Lebanese woman who helped provide a small amount of medications for free, at her home in Sabtiyeh, east of Beirut, Lebanon. | Hussein Malla / AP

As Lebanese struggle to find the medicines they need amid that country’s struggles of everyday life, some are finding that their fellow Lebanese are doing what they can to help.

To the list of struggles of everyday life in Lebanon — the pandemic, the power outages, the inflation, the punishing financial and political crises — add one more: crucial medications.

But, as people struggle to find the medicines they need, some are finding that their fellow Lebanese are doing what they can to help.

Consider Christiane Massoud, a 41-year-old nurse who scoured pharmacies for an elusive drug to manage her Crohn’s disease, had friends around the country search on her behalf and asked her doctor whether there was a substitute. She also appealed to strangers online for help tracking it down.

Nada Waked responded to one of her online pleas. She had a small amount that her mom no longer needed.

Massoud offered to pay for it. But Waked and her mom declined the money. Instead, Waked asked for something else — a prayer.

“It showed that we are a people who stand by one another and feel for one another,” Massoud said of Waked’s generosity. “There are still people who help each other out.”

As the country’s crises have only grown deeper, Chadi Geha, a pharmacist, said he has noticed more people being eager to help strangers. Some of his customers started refusing to take the change from what they pay, asking him instead to use the cash to pay for the medications of others in need.

“That didn’t happen before,” Geha said. “You feel like there’s still good in the world. … They don’t even want to know who they’re helping. They just care about helping.”

Still, Geha has had to turn away many customers as more medications became unavailable, shortages worsened by panic buying and by some suppliers holding onto the drugs.

The difference between the official and black-market dollar rates also has fueled the smuggling of subsidized drugs out of the country.

In late May, Lebanon’s central bank said it couldn’t continue with its subsidies of medical items without dipping into its mandatory reserves — hard-currency deposits parked by local lenders at the bank. It asked the authorities to find a solution.

“I’m tired of telling people we’re out of this and out of that,” he said.

Frantic pleas for help tracking down medications abound on LibanTroc, the Facebook group where Massoud and Waked connected. Members point some people to organizations that might have the medicines they need or to pharmacies that they know carry them.

“We’ve seen amazing interaction and a lot of good deeds that keep us from working on migrating elsewhere, as we’re still trying to fix whatever remains of our wounded roots,” said Hala Dahrouge, founder of LibanTroc, which has evolved into a nongovernmental organization facilitating different kinds …read more

Golden Globes 2021: The Complete List of Nominees | Entertainment Weekly
Bad teachers are a bigger threat to students than school police