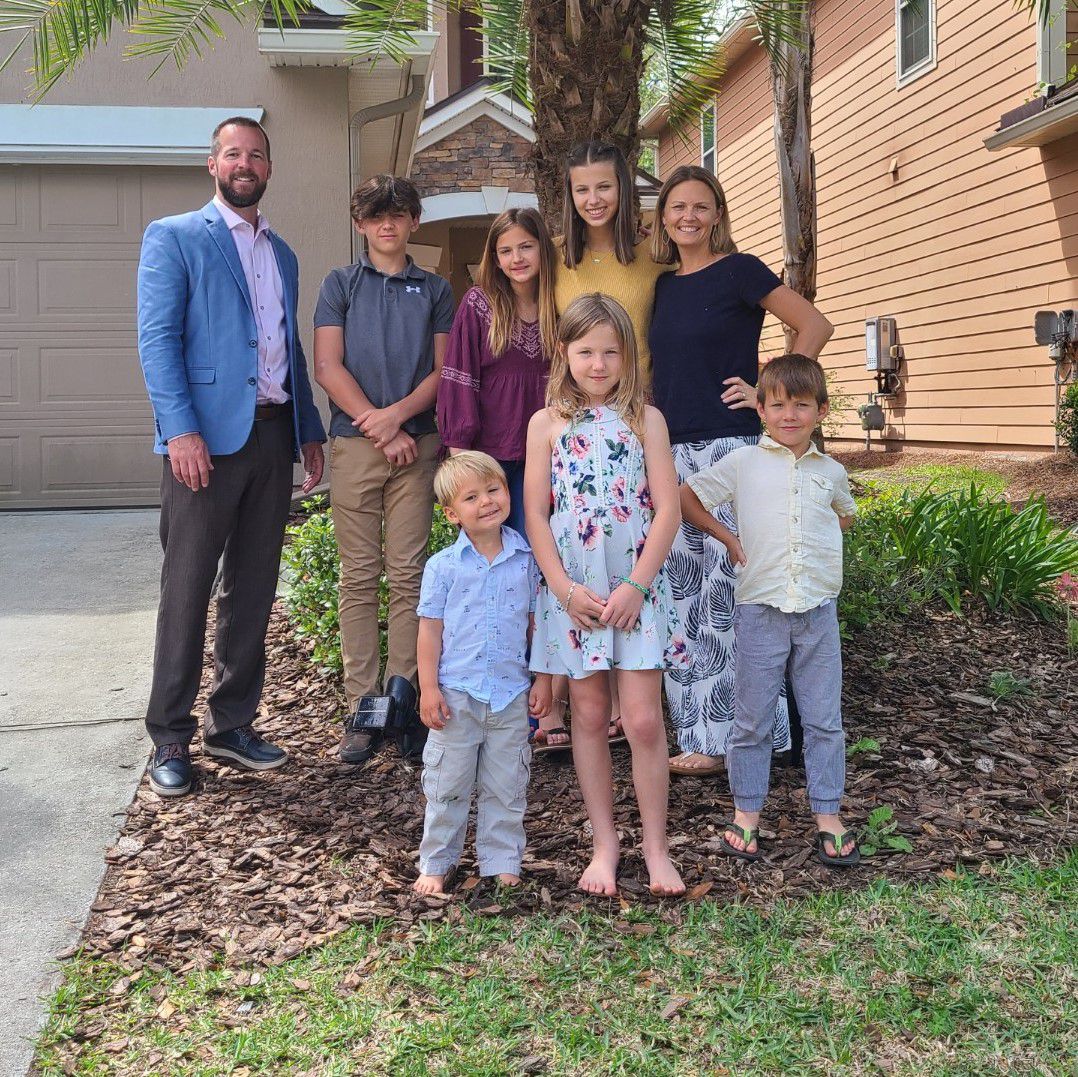 It can happen in the blink of an eye. Accidental drownings remain the leading cause of death in children between the ages of 1 to 4. Sadly, many families on the First Coast have lived through the tragedy of losing a child to drowning. It almost happened to the Harry family in St. Johns County.

Mandy Harry and her husband have six healthy, vibrant children. The youngest is 3-year-old Calvin, a boy Harry describes as cheerful, strong-willed and independent. As Harry learned, life can change in a second.

Mandy Harry and her husband have six healthy, vibrant children. The youngest, 3-year-old Calvin, recently survived a near drowning at a pool party.

The Harrys’ ordeal began just over a month ago at a friend’s pool party in St. Johns County. Harry said children of all ages — and more than a dozen adults — were around the pool. She said Calvin had been swimming while wearing a puddle jumper life jacket. A puddle jumper is a swim vest that fits across a child’s chest and is attached to two arm floaties. It is secured through a hook that fastens in the back.

Harry said Calvin asked her to remove it so he could go inside and get a snack. The next thing she knew, the unthinkable happened.

“I heard my sister scream his name,” Harry said. “I looked over and he was laying on the side of the pool deck, lifeless.”

Somehow, within just a couple of minutes, Calvin had managed to get back into the pool without anyone noticing. A 14-year-old boy spotted him in the water and pulled him out. Harry’s sister began CPR immediately, with loved ones nearby praying hard.

COVID-19 deaths in US are 57% higher than official reports, study suggests

Harry said CPR went on for an agonizing six minutes. Then, as she puts it, a miracle happened. Water started coming up, and Calvin began breathing again.

“The right things happened at the right time,” Harry said. “Because seconds difference would have mattered.”

Calvin, 3, was rushed to the hospital after being pulled from the pool and revived with CPR.

Calvin was rushed to the emergency room, and later Wolfson Children’s Hospital, where he was kept overnight. Hours later, he awoke in the middle of the night, wanting to pull off wires and watch TV on an iPad. These were all good signs, but for any parent, fear still lingered.

“It’s so hard to think back about that day because there are so many things I wish I had done different,” Harry said. “I know how quickly something can happen when children are around water.”

Harry said the healing process is just beginning, and the family has learned a lot in the last month.

“I think I got too comfortable,” Harry said. “I have five other children who made it without incident their whole lives. I …read more

Whicker: Saunders tries to get inside Canelo’s head – can he protect his own?

Facebook Oversight Board upholds Donald Trump’s suspension from the platform