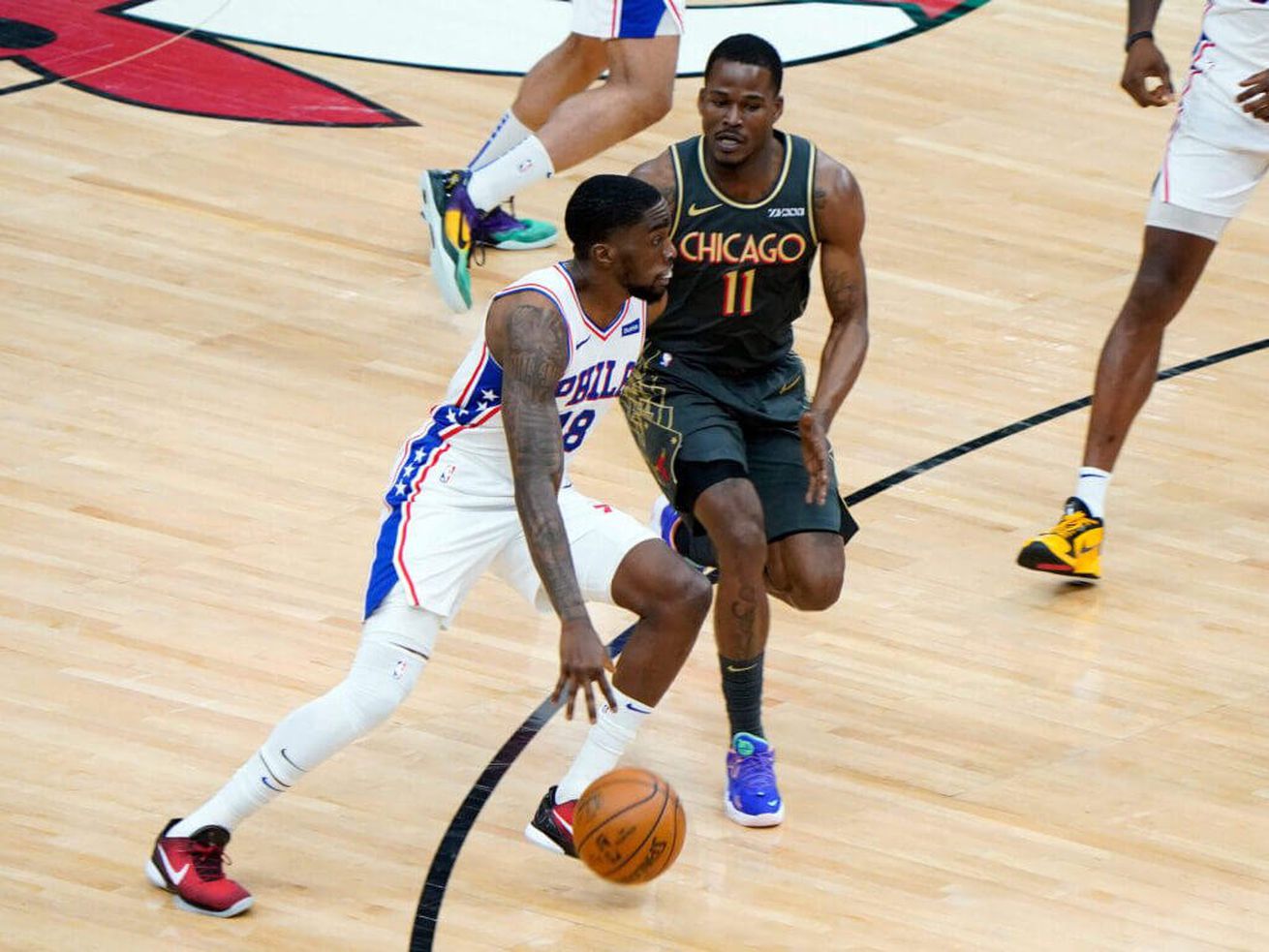 The wing defender acquired in the trade deadline deal with Boston, came with a reputation of being a high-energy rotation presence. With just seven games left, will he get the chance to show the Bulls his true skillset?

There aren’t supposed to be stories written about Javonte Green with just seven games left on the schedule.

Not unless something has gone wrong in this Bulls season.

It’s not a criticism of the high-energy wing defender. If anything, he’s taking advantage of the fact that the Bulls have gone from holding down a play-in spot a month ago to now holding auditions for offseason decisions.

Because that’s basically where this 2020-21 campaign is at.

Could the Bulls at 26-39 pull of a miracle now that All-Stars Zach LaVine (health and safety protocol) and Nikola Vucevic (hip) are expected back in the starting lineup on Thursday? Maybe if the schedule wasn’t as daunting, sure. But Charlotte, Boston, Toronto, Milwaukee and Brooklyn twice may have other plans in mind, with Detroit the only game on paper that the Bulls should win.

Meanwhile, up four games and holding the final play-in spot, a red-hot Washington team does have a rough road trip that has them in Milwaukee, Toronto, Indiana and Atlanta for two, but finishes at home with Cleveland and then a Charlotte team that could be in rest mode.

So how does Green factor in all of this?

Likely very little, but in Monday’s 106-94 loss to Philadelphia, he at least made his presence felt.

With the Bulls down 20 to start the fourth, coach Billy Donovan looked deep to the bench. Maybe not Cristiano Felicio deep, but deep enough to give the seldom-used Green the nod.

Acquired from Boston in the three-way trade deadline deal that also brought Daniel Theis over, Green’s reputation was that of a defensive irritant fresh off of popping back a Red Bull.

Not only did he score seven points in a run that cut the lead to just one and forced 76ers coach Doc Rivers to go back to his starters, but he had three rebounds, a steal, was active in getting his hands on the ball for deflections, ran through screens rather than around them, and finished with a plus-13 in the plus/minus category.

Was it enough to get him regular rotation work? That will be up to Donovan, and up to the energy the regular rotation shows. Both Green and Al-Farouq Amin took advantage of injuries, as well as Lauri Markkanen still dealing with illness.

“I just thought athletically we had a hard time and we needed some guys just out there in that fourth quarter at different points because [the 76ers are] a hard team to match up against with their size, and I thought Javonte was a guy who could switch and do some different things,’’ Donovan said. “Both those guys helped us get back in the game, but I’m not opposed to putting guys out there who are going to give us the best chance, or help us to …read more

Golden Globes 2021: The Complete List of Nominees | Entertainment Weekly
The FDA plans to ban menthol flavored cigarettes next year. Bring it on