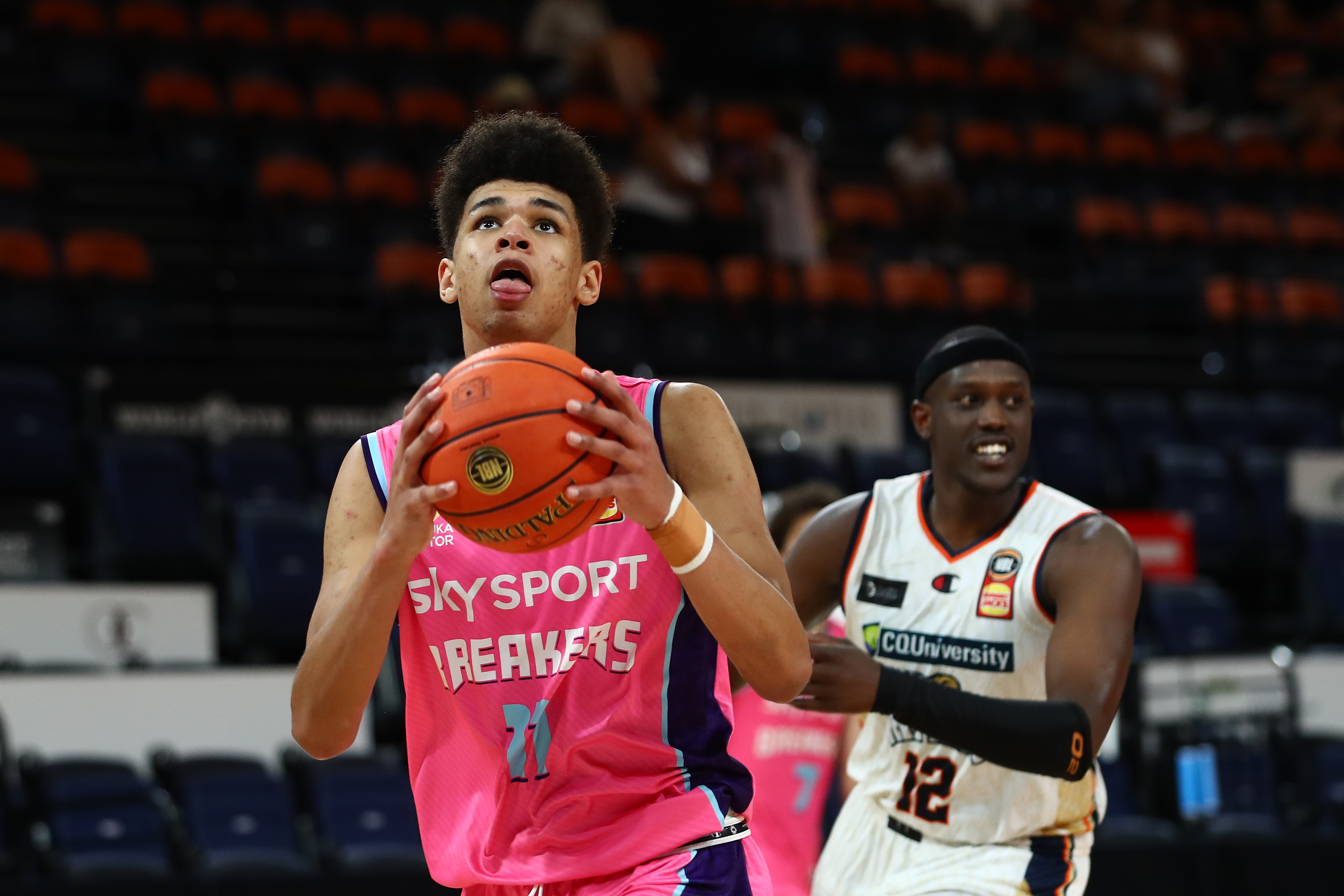 Welcome to Layup Lines, our daily NBA newsletter where we’ll prep you for a tip-off of tonight’s action, from what to watch to bets to make. Subscribe here to get it delivered to your inbox every afternoon.

What’s up y’all. It’s Prince here for Layup Lines, and I want to admit something here as we get ready for tonight’s NBA Draft: I’m not a fan of drafts.

That’s right, I formally declare myself a member of Team No Drafts. I’m just not a fan of the concept. But that’s an argument for another day. The reality is that drafts exist. And as they are, they can sometimes make for decent television – which is why they’ll probably always be here.

But you know what ruins that television product? When you already know what’s going to happen. And that’s my most immediate issue with the NBA Draft. When the Orlando Magic, Oklahoma City Thunder and Houston Rockets make picks 1, 2 and 3 tonight, there will be little to no suspense. We already know what’s going to happen thanks to Adrian Wojnarowski, the NBA insider for the network that broadcasts the draft.

Jabari Smith, Chet Holmgren and Paolo Banchero. Those are the picks, in that order. We suspected they might be, but a report from Woj this morning before I even had my first cup of coffee all but confirmed it.

Now, you may be thinking, “But there’s still 55 more picks to be made – 11 more in the lottery.” And you’re right. But many of those will also be reported on Twitter before they happen – likely by Woj and his fellow insider Shams Charania.

Now, I don’t necessarily blame those guys for breaking the news they’re privy to. The game is the game, and it isn’t limited to the NBA. But that doesn’t mean I have to like the game. It robs the draft of a lot of intrigue. But hey, maybe while they’re at it, they’ll drop a few trades on the timeline to spice things up.

We’ll get a little more familiar with the prospects in tonight’s draft as they’re featured on the broadcast and as we see them take the floor in the months and years to come. But my colleague Bryan Kalbrosky’s interview series is great place to start your introduction.

His conversation with France’s Ousmane Dieng went live today, and while the 19-year-old has a lot of room to grow, he more than earned his projected lottery status as a pro in Australia.

“It was difficult at first. Australia is really far from France. But it made me grow as a man. I’m more mature and more mentally strong. It helped me a lot. I was the youngest player in the league. I had to earn my minutes. I had to earn my position with the team. I was a hard worker. With grown men and pros, everything …read more

TELL US: Have you been a victim of property fraud in Duval County?