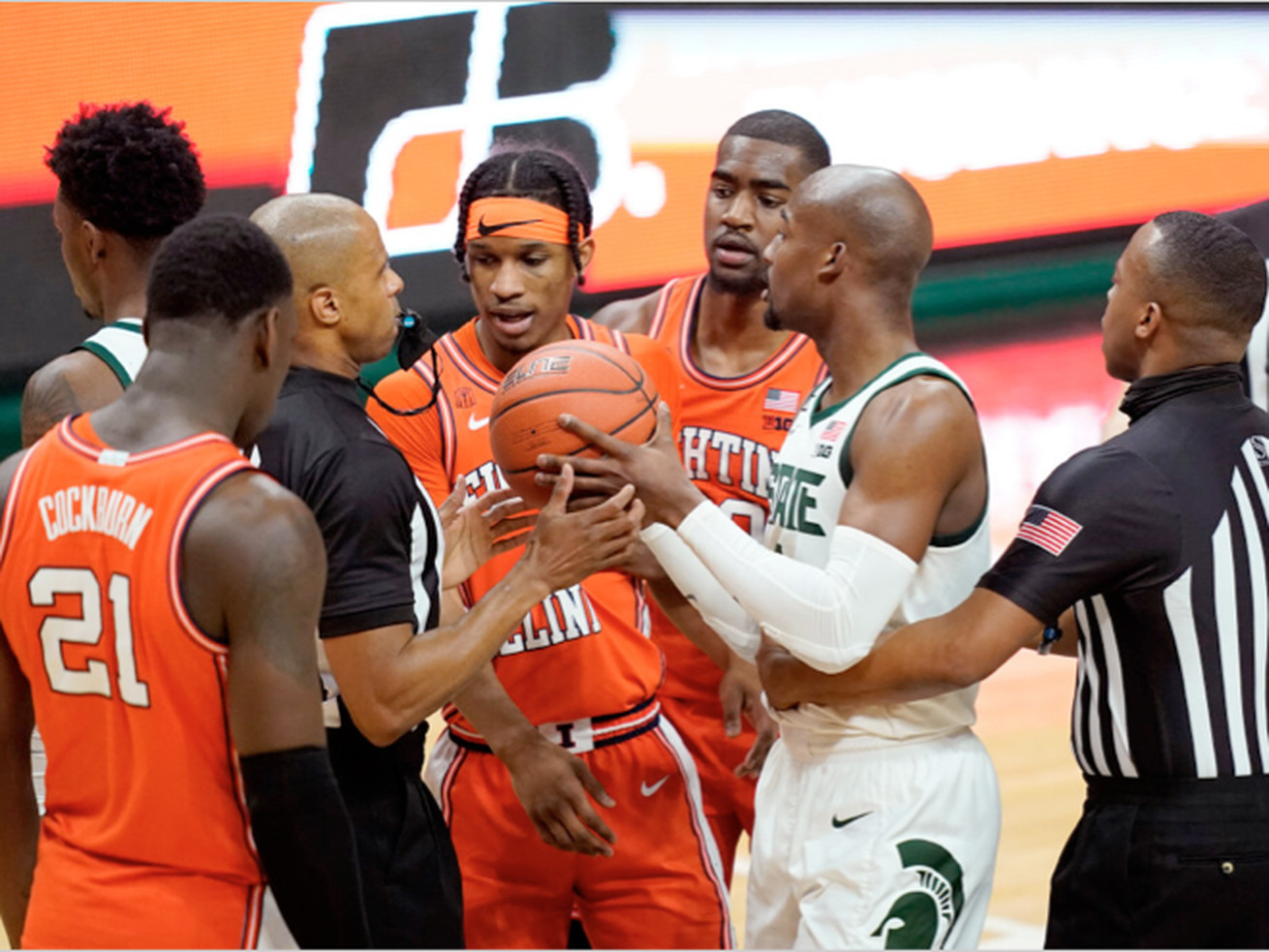 Trent Frazier scored 22 points for Illinois, whose star players weren’t as productive as usual against a suddenly stingy defense.

AST LANSING, Mich. — Aaron Henry scored 20 points and Joshua Langford had 15 points and a career-high 16 rebounds to lead Michigan State to an 81-72 win over No. 5 Illinois on Tuesday night.

The Spartans (12-9, 6-9 Big Ten) earned a desperately needed quality win to bolster their chances of playing in 23 straight NCAA Tournaments.

The Illini (16-6, 12-4) had won a Big Ten-best seven straight games, putting them in contention for a No. 1 seed in college basketball’s showcase that starts next month.

Trent Frazier scored 22 points for Illinois, whose star players weren’t as productive as usual against a suddenly stingy defense.

Illinois guard Ayo Dosunmu, coming off his second triple-double in a 94-63 win over Minnesota, had 17 points on 6-of-18 shooting. The dynamic Dosunmu did have nine rebounds and five assists. Illini center Kofi Cockburn scored 13 points on 5-of-11 shooting.

Rocket Watts and Joey Hauser each scored 13 points for the Spartans, who were in control for much of the game with balanced offense and aggressive defense.

Illinois: The balanced, talented and tough team is one of at least a few in the highly competitive Big Ten that has a chance to end the conference’s national championship drought, which stretches to the Spartans’ title in 2000.

Michigan State: Hall of Fame Coach Tom Izzo hasn’t missed the NCAA Tournament since 1997. The Spartans will have at least three more chances to improve their resume and rally their way into the field. They host No. 4 Ohio State and have two games scheduled against rival and third-ranked Michigan to close the regular season.

Biden aims to distribute masks to millions in ‘equity’ push

The Illini won their previous five games on the road, averaging 85 points. They shot 24% and were held to 26 points in the first half at Michigan State before shooting better and scoring more in the second half. They entered the game scoring 81.8 points per game this season, ranking No. 16 among Division I programs.

Michigan State freshman Mady Sissoko was ejected with 4:08 left after hitting Dosunmu in the face, drawing a flagrant foul.

The Illini, who haven’t won at Michigan State since 2015, will likely slip in the AP Top 25 after getting upset as a seven-point favorite.