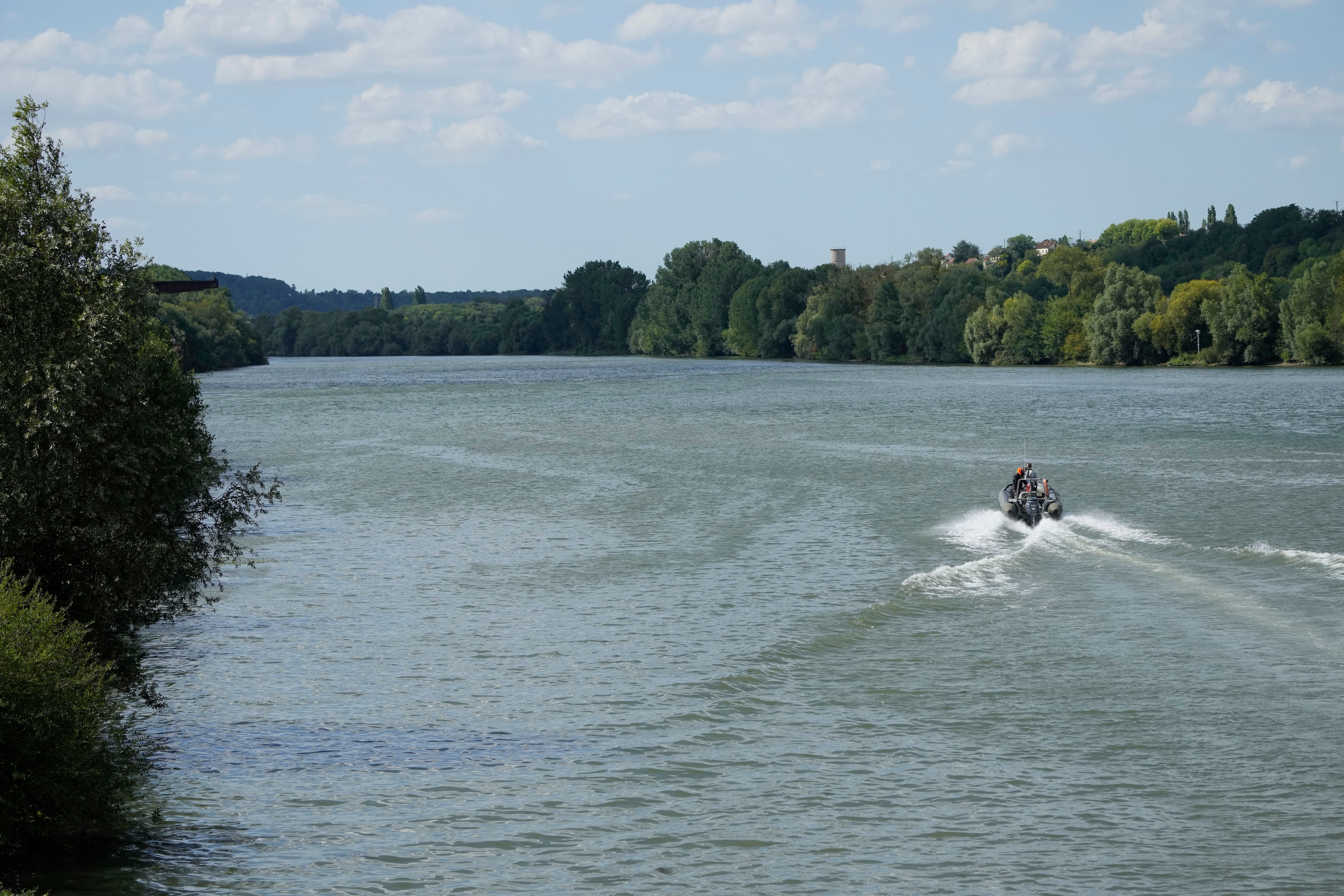 French environmentalists were hoping Friday to feed a catch of herring to a worryingly thin Beluga whale that has strayed far from its Arctic habitat into France’s Seine River. They fear that the ethereal white mammal is slowly starving in the waterway that flows through Paris and beyond.

“We are in a race against the clock, clearly,” said Lamya Essemlali, president of marine conservation group Sea Shepherd France. “It is really extremely thin. Its bones are protruding. I don’t know if it’s already too late.”

Conservationists were hoping to spare the whale the fate of another, an Orca, also known as a killer whale, that strayed and then died in the Seine in May.

The Beluga was first seen in the river earlier this week. Drone footage subsequently shot by French fire services showed the whale gently meandering in a stretch of the river’s light green waters between Paris and the Normandy city of Rouen, many dozens of kilometers (miles) inland from the sea.

But Sea Shepherd France said the whale appeared in poor shape when spotted Friday. The group had a boat on the river, along with drones, trying to monitor it — no straightforward task with a mammal that can spend many minutes underwater.

Sea Shepherd France hoped to help the whale keep up its strength by feeding it a catch of herring, Essemlali said in a telephone interview with The Associated Press.

“We are very worried,” she said. “The urgency is to feed it.”

In ocean waters, Belugas eat an array of fish as well as octopus, squid, crabs, shrimp and other animals. But the fresh water river can’t sustain its dietary needs.

Afghan man charged in killings of Muslims in New Mexico

“It can’t feed itself in the Seine,” Essemlali said.

Belugas are comparatively small members of the whale family, growing to about 4 meters (13 feet) in length.

Rather than try to coax the weakened whale back down the river toward the sea, Sea Shepherd France is pushing for it to be captured, so it can then be repatriated by plane to the Arctic waters it likely came from, Essemlali said. She said DNA testing could determine whether it came from waters around Norway, Canada or Russia.

“It’s logistically difficult but is is doable,” she said. “It will be a matter of will.”

“That will only be possible if we can feed it,” she added.

Authorities for the Eure region said the whale was believed to be wandering a 40-kilometer (25-mile) stretch of river between two sets of locks northwest of Paris. They also said the mammal seemed worryingly thin and that it swam away from boats hoping to guide it in the direction of the river’s wide mouth, between the sea ports of Le Havre and Honfleur.

“It is capable of spending long periods submerged and moving over long distances,” Eure authorities said in a statement.