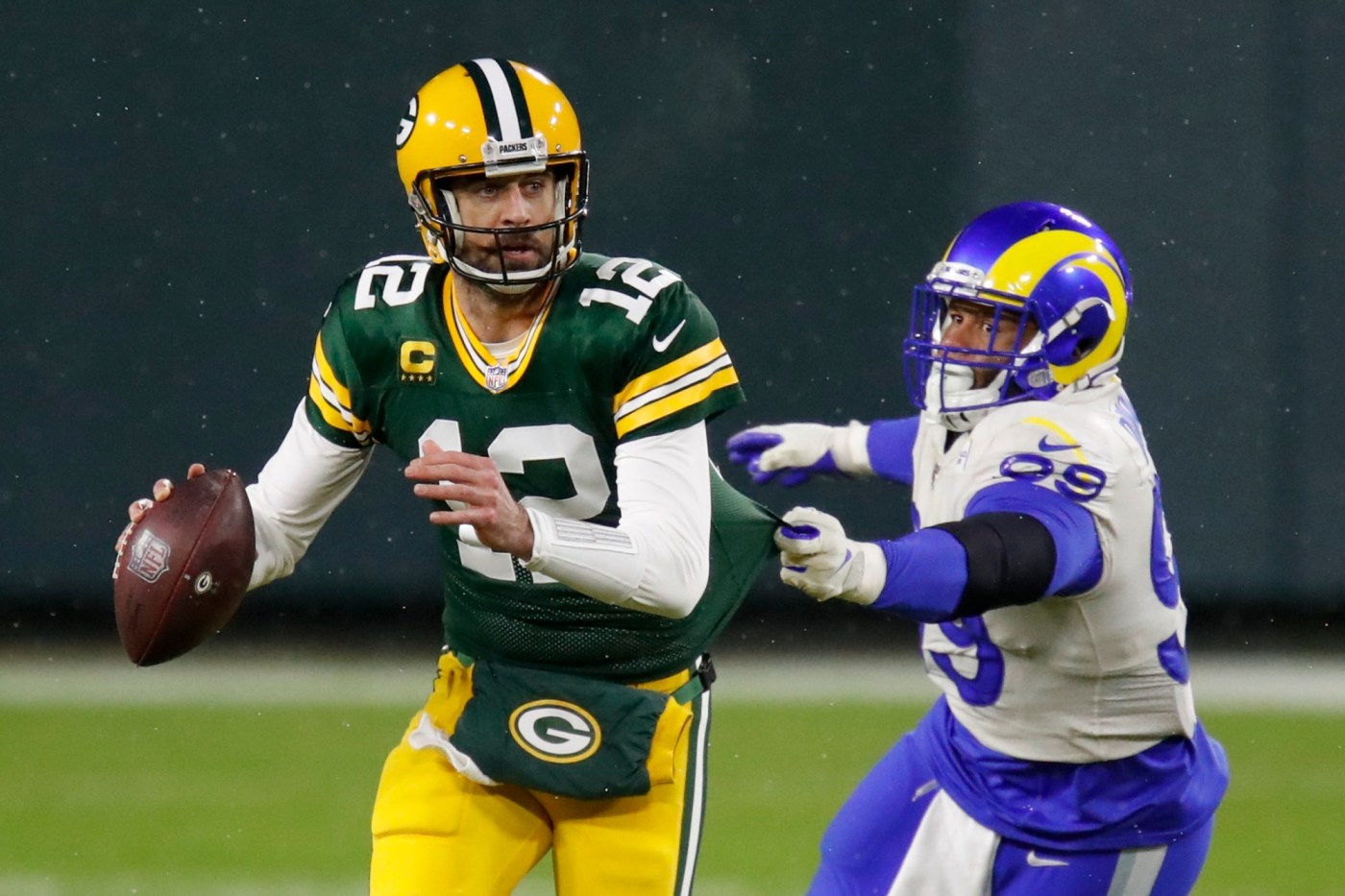 Donald’s eyes glistened and he was consoled by teammates as he stood on the sideline and watched the Rams’ season tick away in the Green Bay Packers’ 32-18 victory in the second round of the NFC playoffs last January.

Playing barely half of the Rams’ defensive snaps and making only one tackle because of a rib injury suffered a week earlier was only one factor in Donald’s frustration. Losing another shot at the Super Bowl was upsetting enough.

“I just care,” Donald said this week of what those tears meant. “That is what it comes down to, just caring.”

Aaron Donald is emotional on the sidelines. pic.twitter.com/lgrMRLtQZ9

The defensive tackle wanted to talk about this Sunday’s return to Lambeau Field when the Rams (7-3) face the Packers (8-3). The three-time NFL Defensive Player of the Year didn’t want to wallow in last year.

But Donald said he is extra motivated for this game because of what happened in that game.

“A lot of things motivate me, but you could say that, yes,” he said.

Hearing that Donald might have a new level of motivation, Packers coach Matt LaFleur could only respond with a joke.

“I want to cry,” LaFleur said in a Zoom session with Green Bay and L.A. reporters Thursday.

Donald and the Rams have a good shot at revenge.

Despite losses to the Tennessee Titans and San Francisco 49ers before last week’s bye, the Rams are a better team than the one that lost to the Packers as a seven-point underdog in the divisional round, with Matthew Stafford at quarterback instead of a sore-thumbed Jared Goff and league-leading wide receiver Cooper Kupp healthy after missing that game with a knee injury.

If edge rusher Leonard Floyd plays after coming out of the 49ers game with a concussion, and linebacker Von Miller drawing more attention from blockers in his second Rams game, Donald can expect chances to pressure Rodgers.

The NFL says this will be the first game since 2011 to feature a reigning Most Valuable Player quarterback and the reigning Defensive Player of the Year.

“I’m always eager to get after any quarterback,” said Donald, who has six sacks this season. “But watching him on film, he doesn’t look like he has a toe injury. So, I don’t really believe it. He (is) playing good football.”

The question might be if you can avenge a playoff loss with a regular-season victory. Donald put that to rest by talking about how important this game is for the Rams, who seek their first win against an over-.500 since they beat the Tampa Bay Buccaneers in September.

Back in power, Israel’s left finds its influence is limited