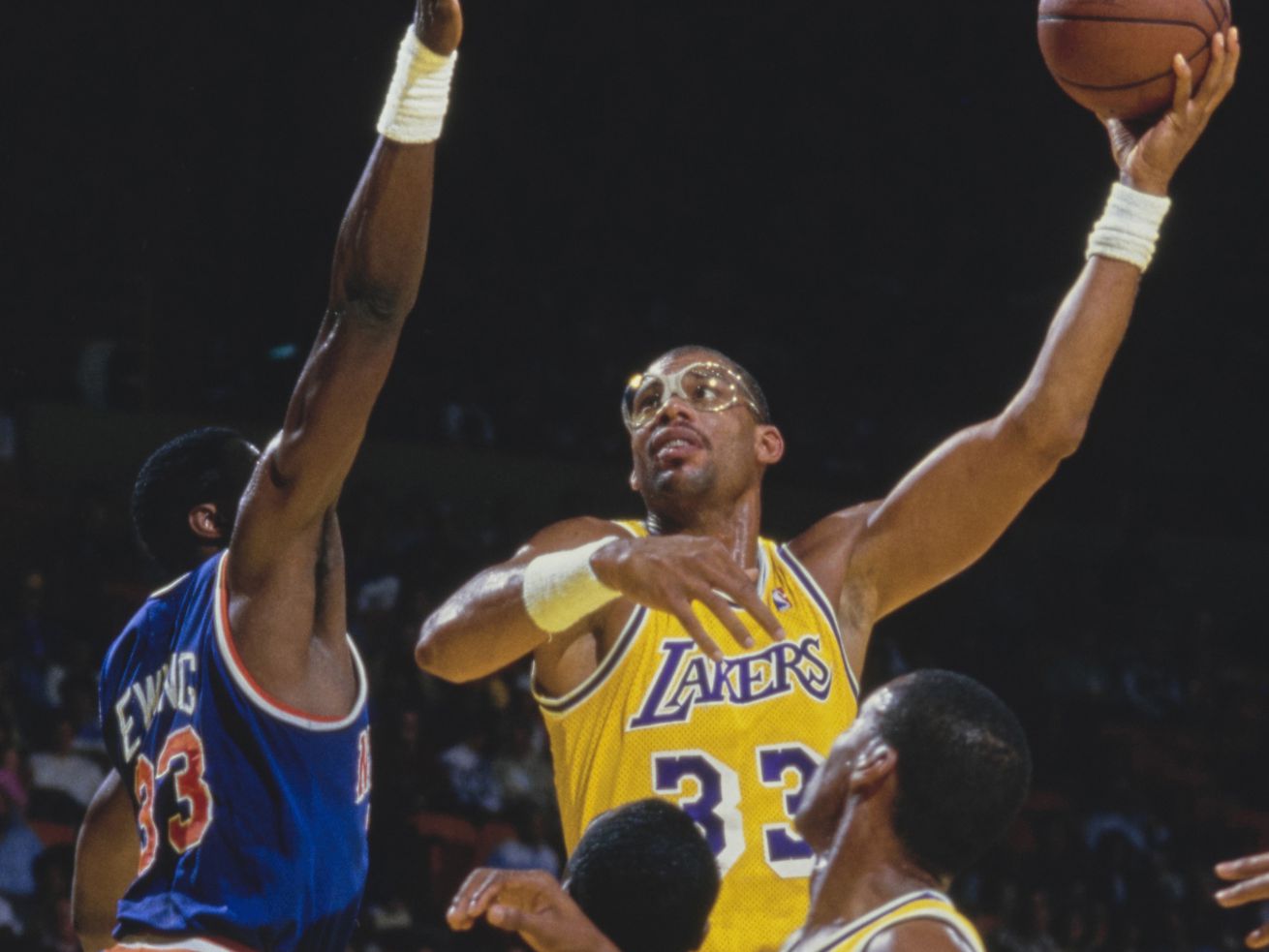 Nobody did it like Kareem. | Photo by Rick Stewart/Allsport/Getty Images

How many basketball lovers in 2021 fail to understand that Kareem Abdul-Jabbar belongs — simply must be — on the sport’s Mount Rushmore as clearly and automatically as Michael Jordan and LeBron James?

We might as well dispense with the formalities and give Nuggets center Nikola Jokic his first MVP award right now.

That’s what you get when you strap your Jamal Murray-less team across your broad shoulders and carry it — despite many outsiders assuming the situation is hopeless — on a 9-2 tear that puts the clamps on a top-four seed in the Western Conference. Murray’s ACL tear last month was a cruel blow to the Nuggets, but Jokic will bring the franchise its first MVP and the center position its first MVP since Shaquille O’Neal won the award in 2000.

In a refreshing throwback to a time when big men ruled the sport, Jokic and 76ers center Joel Embiid almost surely will finish 1-2 in the voting. What a couple of players they are. So dynamic, so skilled, so unstoppable when they really get rolling.

But wait. Let’s not kid ourselves. And let’s not mislead our readers who aren’t yet old enough to stand on their front lawns and yell at clouds as white as the stubble on their chins.

Though the game in many ways gets better and better — and though many of the best players now are, hands down, better than many of the best players of previous generations — basketball has suffered an irreparable disconnect when it comes to the center position. That’s an admittedly long-winded way of saying the best centers of yore would’ve eaten Jokic and Embiid for breakfast.

No one more so than Kareem Abdul-Jabbar.

I was reminded of Abdul-Jabbar Tuesday when a photo taken exactly 10 years prior popped up on my phone. It was of Abdul-Jabbar, then 64, in Los Angeles, where I interviewed him for a magazine feature. During that interview, we discussed at length the limelight he’d generally taken pains to avoid from the time he arrived at UCLA until long after his 20-year NBA career was over. He had no doubt it had bridled media praise of his career to such an extent that younger fans were no longer automatically counting him as one of the three or four greatest players ever.

How COVID-19 vaccine hesitancy puts others at risk

“Sometimes people just can’t see through the fog,” he said then. “Maybe I’m a victim of that.”

Even the Lakers had, Abdul-Jabbar felt, kind of forgotten about him. This despite his six rings (five won in L.A.) and — a decade later, still NBA records all — six MVPs, 19 All-Star appearances and 35,318 points scored. Not to mention his three straight national titles won at UCLA as the greatest player the college game has ever seen.

Other ex-Lakers made themselves extremely visible, while the shy, scholarly Abdul-Jabbar remained what had often been mischaracterized as aloof. Somehow, by 2011, five statues had gone up outside Staples Center and not one of them …read more

Golden Globes 2021: The Complete List of Nominees | Entertainment Weekly
Bryson DeChambeau had to fly back to Charlotte from Dallas for a tournament after he thought he missed the cut