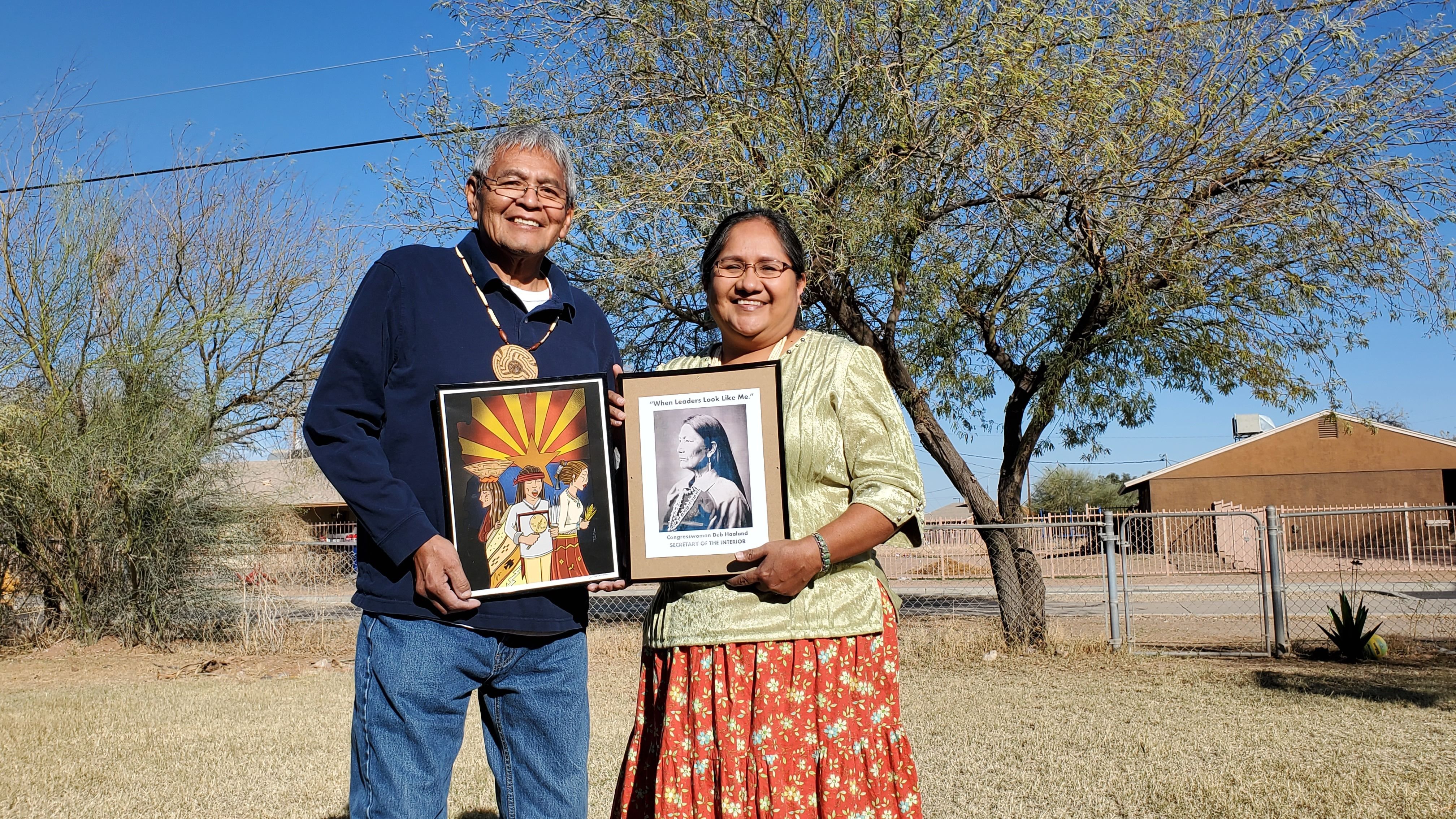 For Native Americans, Deb Haaland is more than an elected official on track to become the first Indigenous secretary of the Interior Department. She is a sister, an auntie and a fierce pueblo woman whose political stances have been molded by her upbringing.

News of her historic nomination electrified Indian Country. Tribal leaders and organizations for weeks have urged people to write and call U.S. senators who will decide if she’ll lead the agency that has broad oversight over Native American affairs and energy development.

On Tuesday, Haaland’s confirmation hearing will be closely watched in tribal communities across the U.S., with virtual parties amid a pandemic. A day before, a picture of the New Mexico congresswoman was projected on the side of the Interior building with text that read “Our Ancestors’ Dreams Come True.”

Many Native Americans see Haaland as a reflection of themselves, someone who will elevate their voices and protect the environment and tribes’ rights. Here are stories of her impact:

Suazo first met Haaland when they were campaigning for Barack Obama, walking door to door in New Mexico’s pueblos.

When Haaland herself was chosen to represent New Mexico as one of the first two Native American women ever elected to Congress, she turned to Suazo and the state’s Native American Democratic Caucus to make treats to hand out for a reception.

They made hundreds of pueblo pies, or pastelitos, and cookies, froze them and took them to Washington, D.C. Wearing traditional black dresses, they handed out the goodies with a thank-you note from Haaland.

Suazo said she admired Haaland because she is eloquent and smart, “no beating around the bush,” and she is a member of Laguna Pueblo who has returned there to dance as a form of prayer.

When she heard Haaland was nominated as Interior secretary shortly after winning a second term in Congress, Suazo wasn’t overjoyed.

She wanted to be assured that Haaland would be replaced by someone just as dynamic, who would work hard to protect the environment, address an epidemic of missing and slain Indigenous women and expand broadband, she said.

“I was happy, but I was afraid. I didn’t want to lose her,” Suazo said.

But she sees the significance and importance, she said, in having a Native American oversee an agency that touches nearly every aspect of Native American life. Suazo said she’ll be watching, ready to yell at the screen if anyone questions Haaland’s qualifications.

And to Haaland, she sends the message: Gumeh, or be a strong woman.

When Liberty saw a picture of Haaland in a traditional ribbon skirt and moccasins for Joe Biden’s inauguration, she cried.

She thought about her grandmother Ethil Simmonds Liberty, who didn’t become a …read more

With Cubs, White Sox back to playing games, can we try to leave the last year behind us?