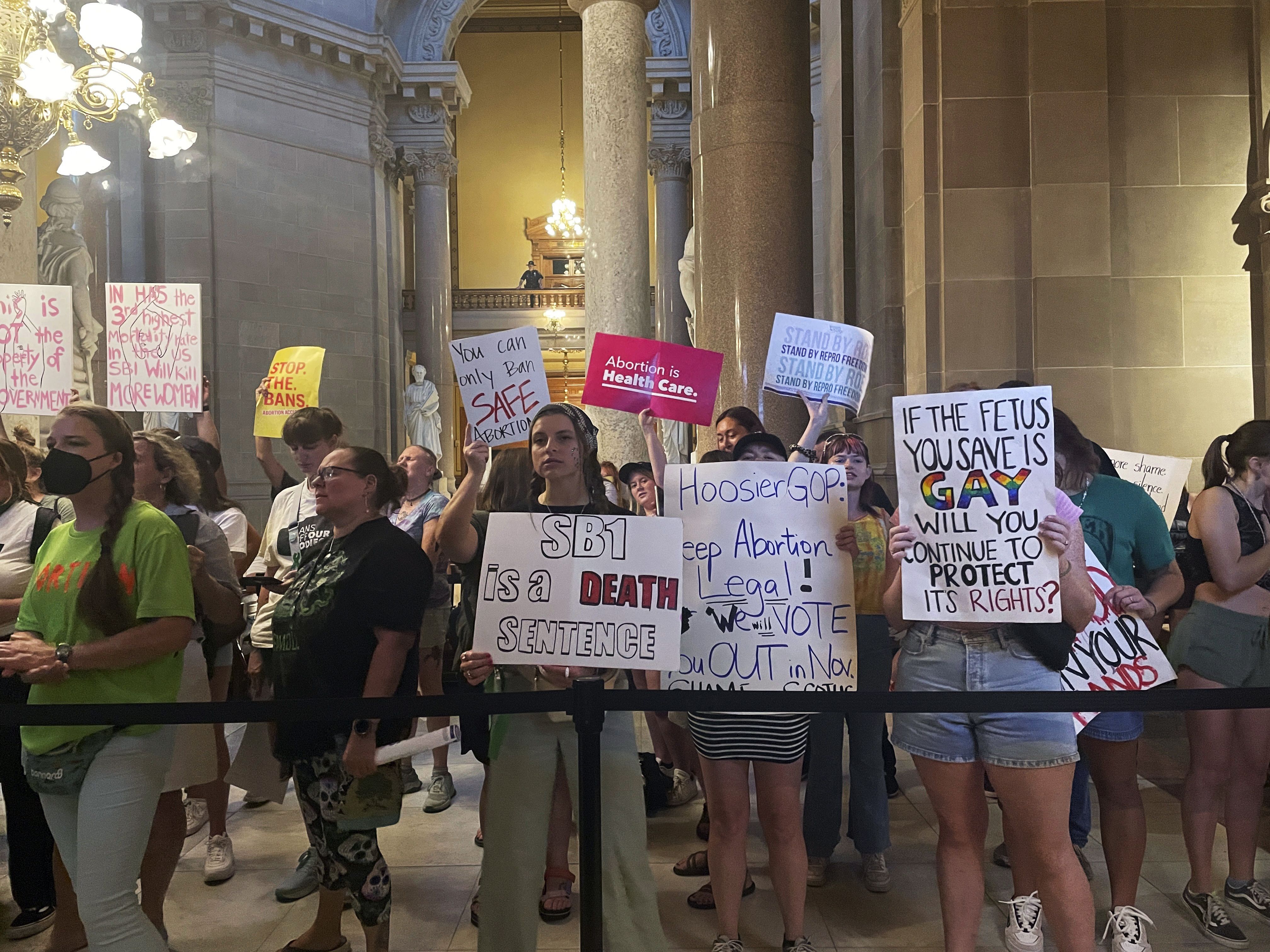 The state of Indiana has appealed a judge’s order that blocked the state’s abortion ban from being enforced, seeking a stay of that order and asking the state’s high court to take up the case.

The appeal filed Thursday night with the Indiana Court of Appeals said the court “should stay the trial court’s preliminary injunction pending appeal, and at the very least, should issue a temporary stay while this motion is briefed.”

The appeal comes as Indiana abortion clinics were preparing to see patients again on Friday.

The appeal was filed by Indiana Solicitor General Thomas Fisher and the state attorney general’s office hours after Owen County Judge Kelsey Hanlon issued a preliminary injunction against the abortion ban, putting the new law on hold as abortion clinic operators argue in a lawsuit that it violates the state constitution.

In a separate motion, the state asked the Indiana Supreme Court to accept an emergency transfer of its appeal of the preliminary injunction.

“Only this Court can provide the final word on this hotly contested, high-profile, pure question of law that is of grave importance to the General Assembly and the citizens of Indiana,” that motion states.

The American Civil Liberties Union of Indiana, which is representing the abortion clinics, filed the lawsuit Aug. 31 and argued the ban would “prohibit the overwhelming majority of abortions in Indiana and, as such, will have a devastating and irreparable impact on the plaintiffs and, more importantly, their patients and clients.”

The state attorney general’s office had asked the court to uphold the state’s ban, saying arguments against it are based on a “novel, unwritten, historically unsupported right to abortion” in the state constitution.

Rihanna to headline the next Super Bowl halftime show

Ken Falk, the ACLU of Indiana’s legal director, said Friday that the plaintiffs now have 15 days to file their response to the state’s request for the stay. He said he did not expect any immediate hearings on the matter.

“We expected there would be an appeal and we are going to pursue the same argument that we had pursued, that the Indiana constitution recognizes this right — the right to privacy that encompasses abortion rights, which of course this statute violates,” Falk said.

In Rome, doing as Romans will do