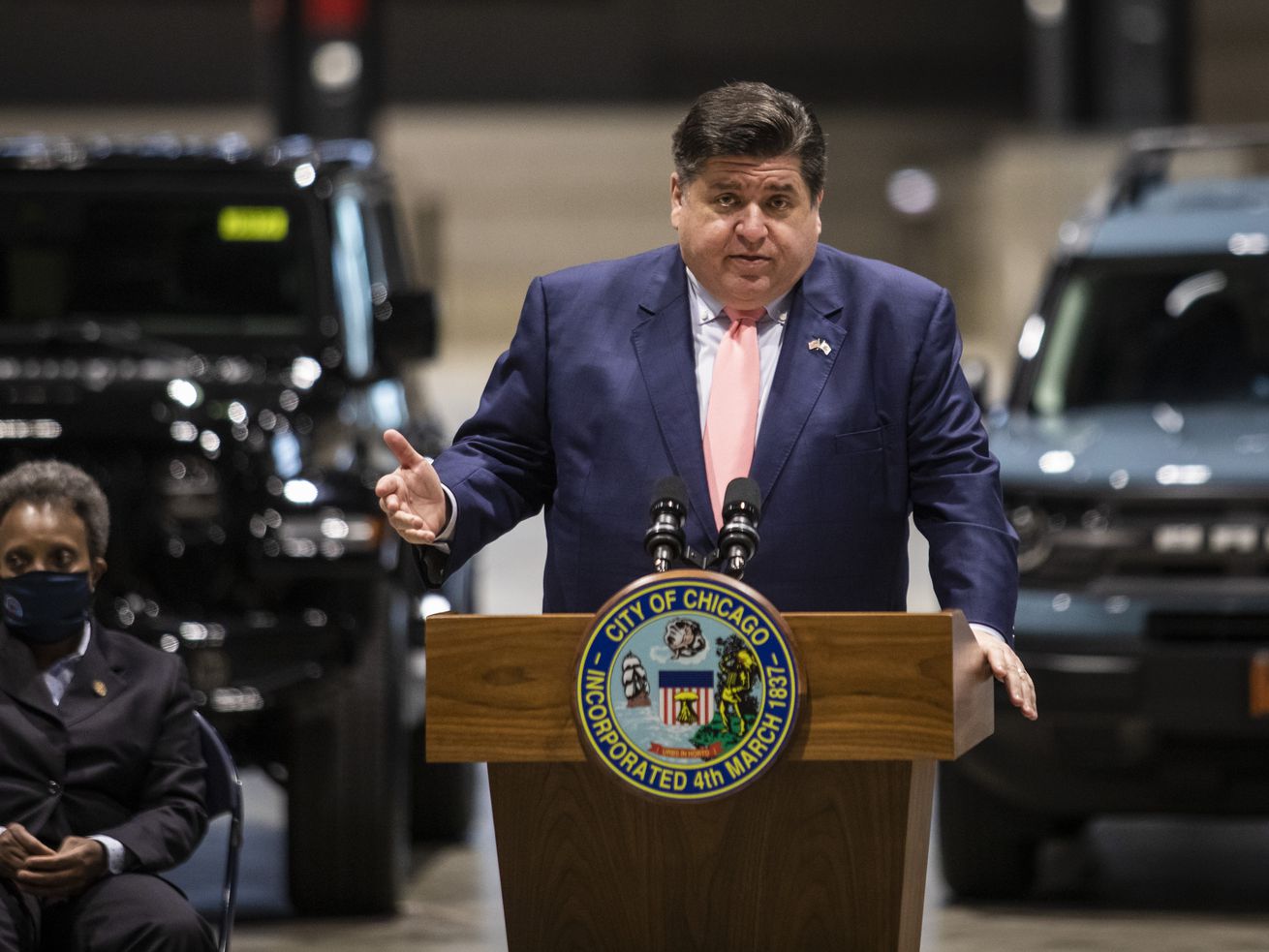 “At least on the trajectory that we’re on now, it looks like we will be on a very similar timeline” to Mayor Lori Lightfoot’s stated goal of reopening Chicago by July 4, Gov J.B. Pritzker said.

Improving coronavirus metrics have Mayor Lori Lightfoot aiming to reopen Chicago by Independence Day and Gov. J.B. Pritzker “optimistic” that the rest of Illinois could follow suit — but things aren’t going quite so well in Indiana.

The Hoosier State landed back on Chicago’s emergency travel quarantine list Tuesday, meaning unvaccinated travelers who cross the border are advised to self-quarantine for 10 days or have proof of a negative COVID-19 test result once they get to the city.

Indiana was actually meeting the criteria to be on the Chicago Department of Public Health’s travel list when it was last updated April 20, but officials left it off because cases there had been “trending in the right direction.”

Not so anymore, as Indiana is adding new cases at a rate of almost 17 infections per 100,000 residents, according to Chicago Public Health Commissioner Dr. Allison Arwady.

“Indiana, unfortunately, is seeing a surge in COVID cases,” Arwady said during an online Q&A. “You want to not have to worry about this sort of thing? Just get vaccinated, because your risk just becomes so much lower.”

The travel order — which hasn’t resulted in any fines since it was implemented last summer anyway — doesn’t apply to people who are two weeks removed from their final vaccine dose.

And it’s never been easier to get a shot. Besides the tens of thousands of vaccine slots that are available for booking online, walk-up appointments are now available at 175 Walmart and Sam’s Club pharmacies across Illinois, the companies announced Tuesday. Many Walgreens pharmacies are also accepting walk-ins, as are all of Chicago’s city-run mass vaccination.

Arwady said the city’s “vaccination bus” will make a stop Wednesday from 10 a.m. until 2 p.m. at the Atlas Senior Center in South Shore, providing the one-and-done Johnson & Johnson vaccine at 1767 E. 79th St.

It’s all part of the second phase of public health officials’ vaccination campaign as supply grows and demand dwindles following the initial rush on the life-saving doses.

Illinois is averaging just 72,613 shots administered statewide per day over the past week, a vaccination rate that has fallen by 45% since April 12. The state reported only 40,361 shots went into arms Monday, though that figure is an undercount due to a national reporting outage among several pharmacies, according to the Illinois Department of Public Health.

Still, coronavirus infection metrics are trending downward across the board. The state reported 2,211 …read more

Bill and Melinda Gates divorce could shake up philanthropy