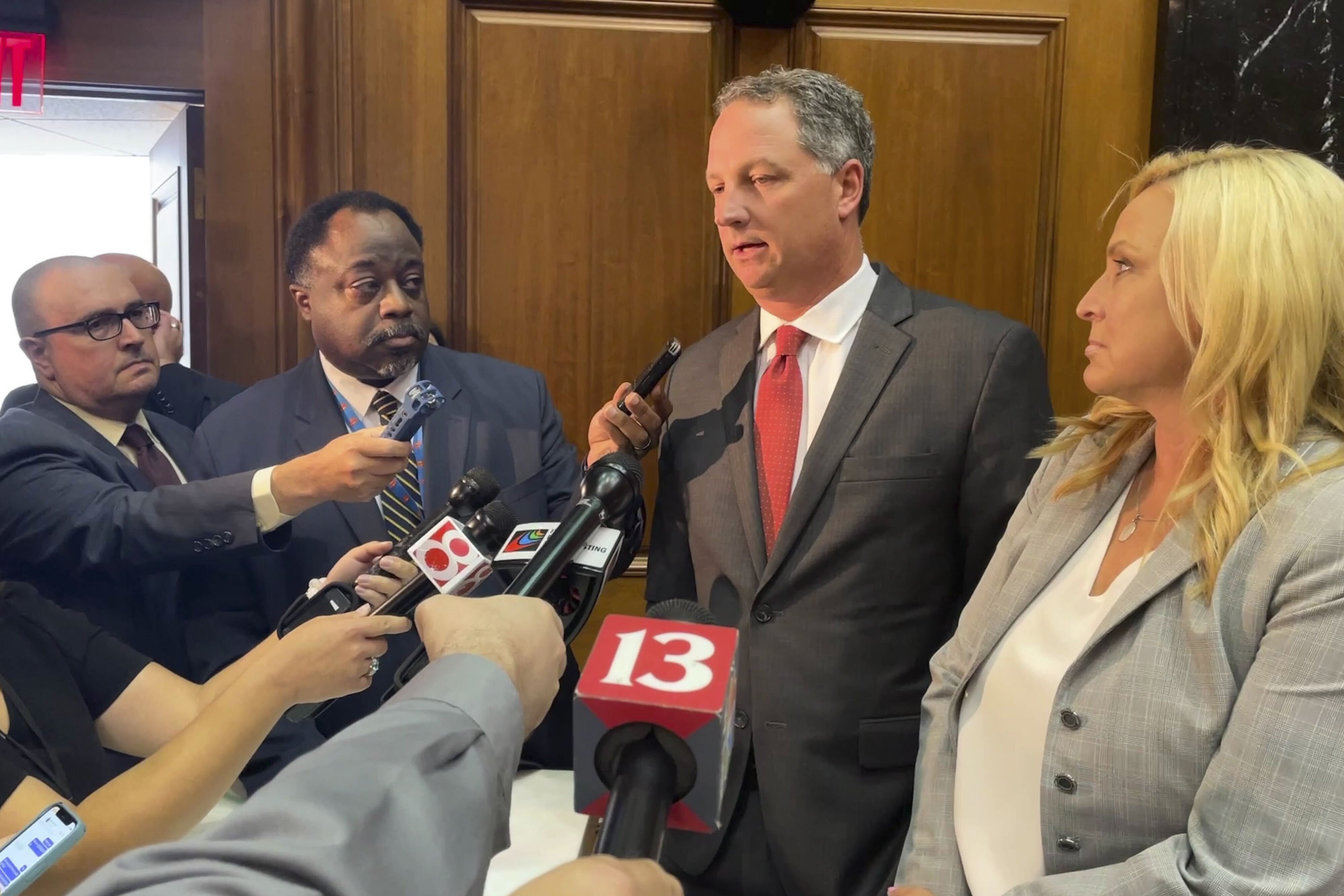 The Indiana House on Friday voted for a ban on nearly all abortions in the state, sending the legislation back to the state Senate to confer on House changes.

House members advanced the near-total abortion ban 62-38 with limited exceptions, including in cases of rape and incest, and to protect the life and physical health of the mother.

If the Senate approves the bill as is, Indiana lawmakers will become the first in the nation to pass new legislation restricting access to abortion since the U.S. Supreme Court’s ruling in June that overturned the 1973 landmark Roe v. Wade decision that made the procedure legal nationwide. The measure then would go to Republican Gov. Eric Holcomb, who has not indicated whether he would sign it.

Republican Rep. Wendy McNamara of Evansville, who sponsored the bill, told reporters after the vote that the legislation “makes Indiana one of the most pro-life states in the nation.”

Outside the House chamber, abortion-rights activists often chanted over lawmakers’ remarks, carrying signs like “Roe roe roe your vote” and “Build this wall” between church and state. Some House Democrats wore blazers over pink “Bans Off Our Bodies” T-shirts.

The House version of the ban added exceptions for protecting the health and life of the mother after repeated requests from doctors and others. It also allows abortions if a fetus is diagnosed with a lethal anomaly.

Friday’s vote came about one week after the Republican-controlled Senate narrowly passed its ban. Senators could consider the House-endorsed abortion ban Friday afternoon, when further changes are possible.

House and Senate legislators listened to hours of testimony over the past two weeks in which residents on all sides of the issue rarely, if ever, supported the legislation. Abortion-rights supporters said the bill goes too far, while anti-abortion activists expressed it doesn’t go far enough.

The House also rejected, largely on party lines, a Democratic proposal to place a non-binding question on the statewide November election ballot: “Shall abortion remain legal in Indiana?”

The proposal came after Kansas voters resoundingly rejected a measure that would have allowed the state’s Republican-controlled Legislature to tighten abortion in the first test of voters’ feelings about the issue since Roe was overturned.

Indiana House Speaker Todd Huston told reporters that if residents are unhappy, they can vote for new lawmakers.

Indiana’s proposed ban also came after the political firestorm over a 10-year-old rape victim who traveled to the state from neighboring Ohio to end her pregnancy. The case gained attention when an …read more

US keeping ex-prison chief as top adviser after rocky tenure