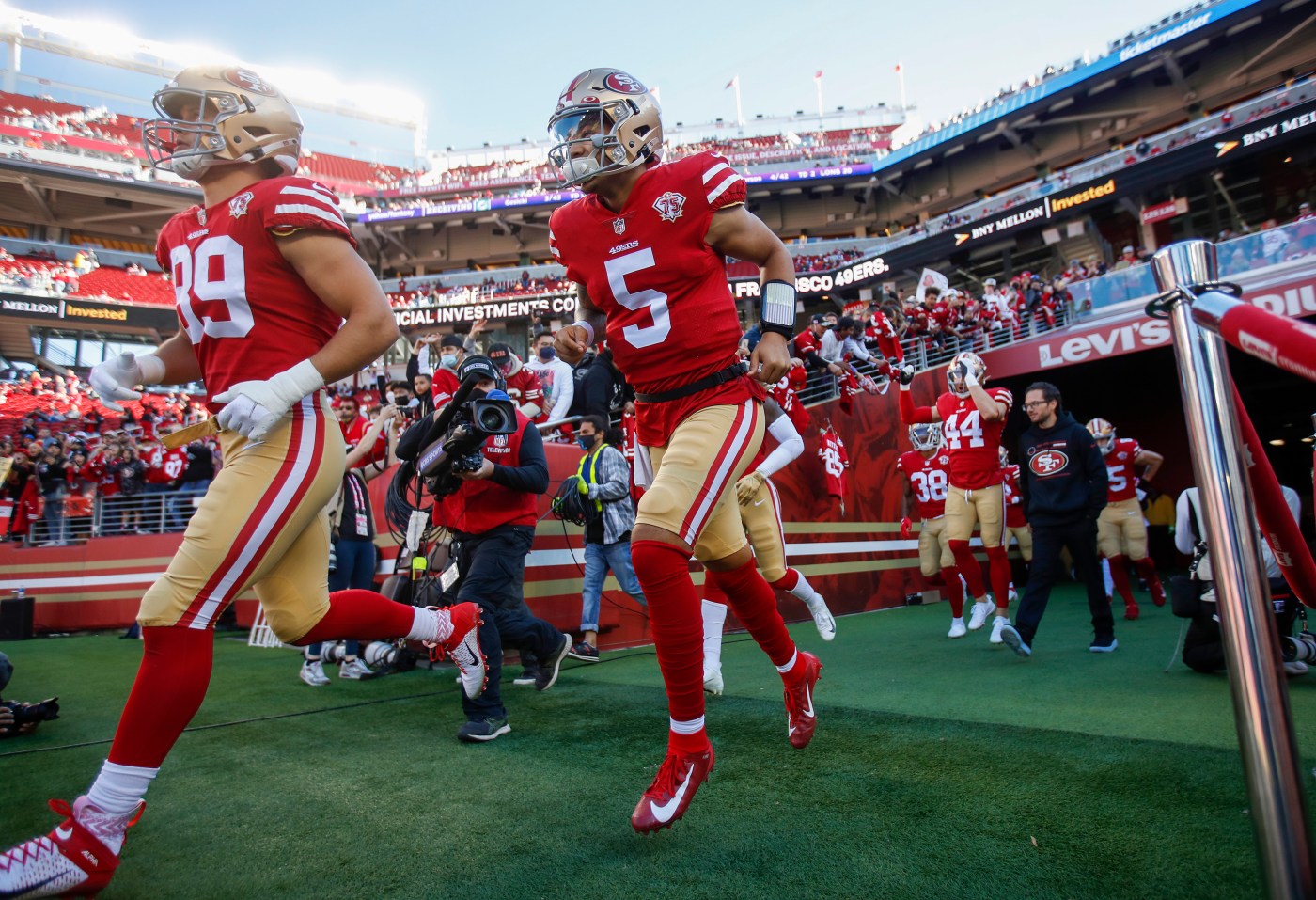 Which quarterback stands between the 49ers and their elusive sixth Lombardi Trophy?

Which opposing quarterback, that is.

Trey Lance, the 49ers’ expected successor to Jimmy Garoppolo, will start new rivalries with counterparts this coming season. He will be the underdog or the up-and-comer, almost every week.

Once he reaches the playoffs next January or in future years, that is where an arch-nemesis will emerge, a la “Brady vs. Manning.” Or, in 49ers’ parlance, “Young vs. Aikman” and “Montana vs. Simms.”

This season’s schedule offers a mix of proven superstars, middle-of-the-pack QBs and second-chance journeymen. Here is who presents the toughest matchup per category, not necessarily for Lance but for the 49ers’ defense:

Category criteria: Those who’ve won a Lombardi Trophy – or seven – and are legitimate threats to add another.

San Mateo’s native son came out of a short-lived retirement to play at age 45. His 23rd NFL season will be in its fifth-to-last game on Dec. 11 at Levi’s Stadium. That’ll be no time for anyone to get sentimental. Brady, by the way, has won 80 percent of his December starts.

Nothing like their ol’ NFC West rival to humble things. The 49ers should be 2-0 (at Chicago, vs. Seattle) before visiting Wilson’s new team in Denver for “Sunday Night Football” on Sept. 25. Wilson was 17-4 with Seattle against the 49ers, including the NFC Championship Game after the 2013 season en route to his only Super Bowl win.

Mahomes and Lance won championships in the 2019 season – Mahomes vs. the 49ers in Super Bowl XLIV, and Lance a month earlier vs. James Madison in the NCAA Football Championship Subdivision title game. If the 49ers lead this game and Mahomes faces third-and-15, he won’t be able to target Tyreek Hill (traded to Miami).

Amid all the gloating, anti-abortion right dreams of bigger wins — and possible violence

He and the Super Bowl champion Rams dispatched the 49ers in the NFC Championship Game, but only after a fourth-quarter comeback was kept alive by Jaquiski Tartt’s dropped interception. Stafford had two passes intercepted in both regular-season losses to the 49ers.

The 49ers’ first visit to Vegas comes in the season’s penultimate week, so a non-conference matchup may not impact the playoff races. Carr throttled the 49ers as a 2014 rookie, then got walloped by Nick Mullens on a 2018 Thursday night, and now he has college teammate and star wideout Davante Adams.

The 49ers will be coming off their bye, while Herbert and the perpetually overhyped Chargers are coming off a cross-country game at Atlanta. Herbert won the Pac-12 Conference Championship at Levi’s Stadium as an Oregon senior in 2019. His return will be the undercard to the Bosa brothers storyline in this game.

He’s 3-0 against the Shanahan-coached 49ers, now he’ll try beating them for the third straight season for as many different franchises (Eagles, Colts, Commanders). Yes, Wentz won a Super …read more

The TikTok famous “healthy Coke” is pretty bad. Try this drink instead

White Sox — who’ve “sucked” at home — need to get cooking