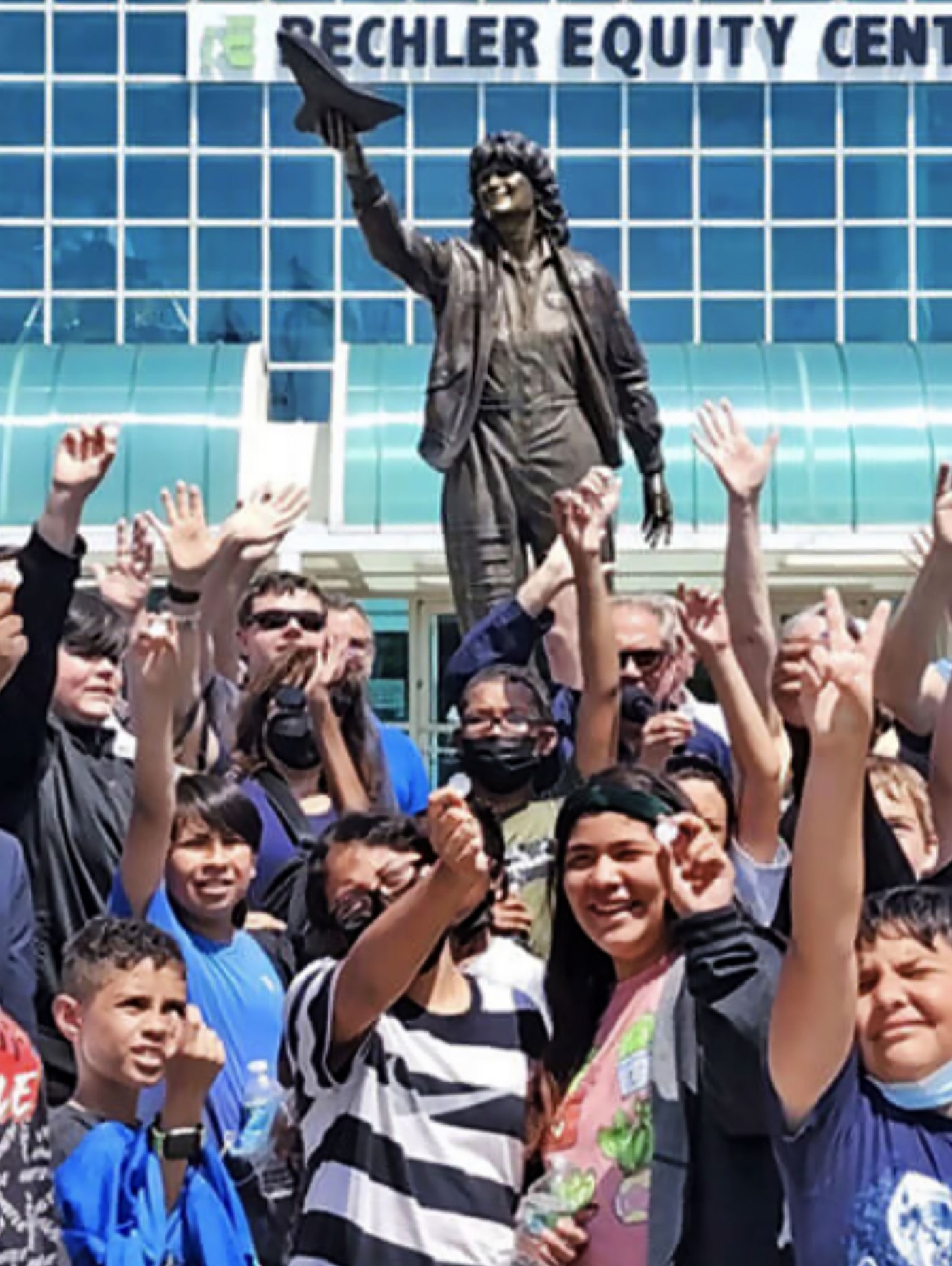 She had the brains, the physical talent, the perfect name, and, fortunately for NASA, a weak forehand. Otherwise, we may well be remembering Sally Ride today as a professional women’s tennis player, not the first American woman in space.

She was that good — nationally ranked in the juniors at Westlake School for Girls, now Harvard-Westlake, and praised by no less than tennis great Billie Jean King as having the potential to go pro one day, Sally’s dream.

But that weak forehand never got good enough to play pro, so Sally Ride went for career door number two and became an astronaut.

She took her PhD in physics from Stanford University, and went knocking on NASA’s door in 1978 to apply for the astronaut training program. Her competition was stiff — 1,000 other smart, adventurous, talented candidates. NASA chose Sally.

On June 18, 1983, the 31-year-old, Encino-born daughter of a college professor and a volunteer counselor at a women’s correctional facility climbed aboard the Space Shuttle Challenger with four male astronauts. Her job was to deploy satellites in outer space using the shuttle’s robotic arms.

In homes all across the country, mothers and daughters watched the blastoff on TV and cheered. “Ride Sally Ride,” they chanted — showing all the doubters that women belong in space, too.

The Challenger came back to earth a week later, and when she stepped off the shuttle at Edwards Air Force Case in Palmdale, America had a new sweetheart to embrace. The sky wasn’t the limit, not for Sally Ride.

It turned out, though, it would be. She was a shy, private person who never really capitalized on her notoriety. NASA didn’t want that. There was no “I” in astronaut, it was a team effort, and Sally was a team player.

She left NASA soon after the fatal Challenger accident in 1986 and became director of the California Space Institute at the University of California at San Diego before starting her own Sally Ride Science program in 2001 to help inspire girls and young women to pursue their interests in science and math.

She died of pancreatic cancer at age 61 on June 23, 2012 — not forgotten as the first American woman in space, but not well remembered either, by the generations who followed and grew up with no space race or walks on the moon to capture their imagination.

“When I went looking for backing to help build a monument to Sally, I found nobody was really interested,” said documentary filmmaker Steven Barber, who helped create and build a Sally Ride monument recently unveiled in front of the Cradle of Aviation Museum on Long Island. Another is planned for next year closer to home in Southern California.

“I’d say 99 percent of the Millennial generation didn’t know who she was, which really blew my mind,” added Barber, based in Santa Monica. Fortunately, entrepreneur Peter Diamandis from the Madsen Family Foundation did, and he came forward with $100,000 to get the monument started.

Ask Amy: We know a secret, and nobody will tell his wife. Should I send an anonymous note?

Vaccines for young children making their way around LA County