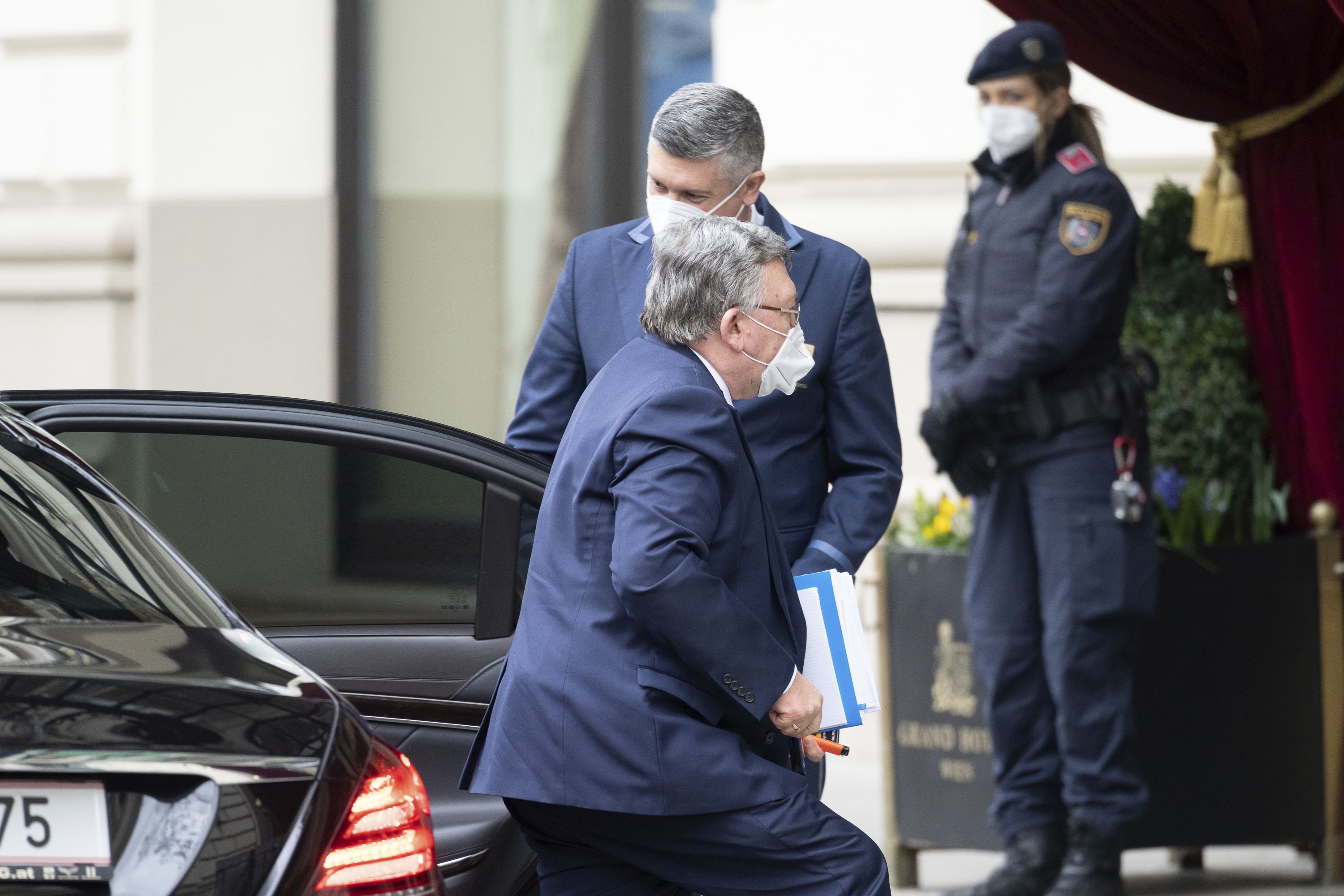 Iran and the five world powers that remain in a foundering 2015 nuclear deal plan to hold their second formal meeting of the week on Friday to take stock of efforts to bring the United States back on board.

The delicate diplomatic dance that began in Vienna on Tuesday needs to balance the concerns and interests of both Washington and Tehran. France, Germany, Britain, China and Russia are still parties to the deal — known as the Joint Comprehensive Plan of Action — along with Iran.

They are meeting three days after Russia’s delegate said they agreed to set up expert-level groups on the lifting of sanctions and nuclear issues, which are supposed to identify measures to be taken by both Iran and the U.S. to revive the accord fully.

“Most likely the meeting will not last long,” the Russian delegate, Mikhail Ulyanov, wrote on Twitter Friday. “The task is to take stock of the work done this week and decide on the next steps.”

Although not taking part in the JCPOA talks, a U.S. delegation headed by the administration’s special envoy for Iran, Rob Malley, also has been in the Austrian capital this week.

In 2018, then-President Donald Trump pulled the U.S. unilaterally out of the accord, opting for what he called a maximum-pressure campaign involving restored and additional American sanctions.

Since then, Iran has been steadily violating restrictions in the deal, like the amount of enriched uranium that it can stockpile and the purity to which it can be enriched. Tehran’s moves have been calculated to pressure the other nations in the deal to do more to offset crippling U.S. sanctions reimposed under Trump.

Elevate this weeknight chicken soup with the addition of orzo

U.S. President Joe Biden, who was vice president under Barack Obama when the original deal was negotiated, has said he wants to bring the U.S. back into the JCPOA but that Iran must reverse its violations.

Iran argues that the U.S. violated the deal first with its withdrawal, so Washington has to take the first step by lifting sanctions.

EXPLAINER: What is excited delirium?