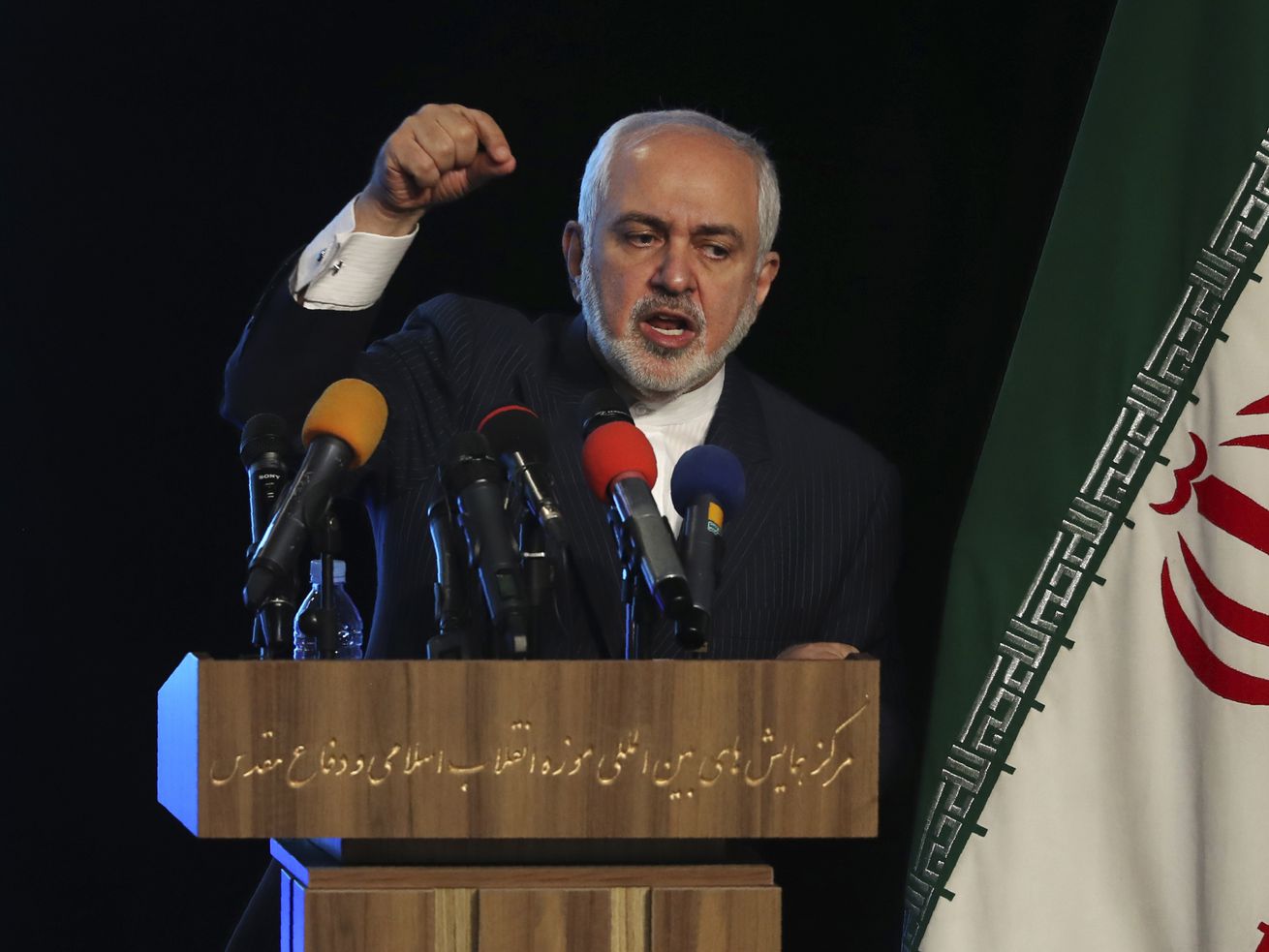 Iran’s Foreign Minister Mohammad Javad Zarif addresses in a conference in Tehran, Iran, Tuesday, Feb. 23, 2021. Following the conference Zarif told journalists the country has started implementing a law passed by the parliament to curb UN inspections into its nuclear program and would no longer share surveillance footage of its nuclear facilities with the U.N. agency. | AP

World powers slammed the restrictions as a “dangerous” move.

World powers slammed the restrictions as a “dangerous” move.

It came as the International Atomic Energy Agency reported in a confidential document distributed to member countries and seen by The Associated Press that Iran had added 38.8 pounds of uranium enriched to 20% to its stockpile as of Feb. 16.

It was the first official confirmation of plans Iran announced in January to enrich to the greater purity, which is just a technical step away from weapons-grade levels and far past the 3.67% purity allowed under the nuclear deal known as the Joint Comprehensive Plan of Action, or JCPOA.

Iran’s violations of the JCPOA and the move Tuesday to limit international inspections underscores the daunting task facing Biden as he seeks to reverse former President Donald Trump’s decision to pull the U.S. unilaterally out of the deal in 2018. That left Germany, France, Britain, China and Russia struggling to keep it alive.

The JCPOA was the most significant pact between Iran and major world powers since its 1979 Islamic revolution, and Germany, France and Britain stressed their commitment Tuesday to preserving it, urging Iran to “stop and reverse all measures that reduce transparency.”

“The E3 are united in underlining the dangerous nature of this decision,” the European powers said in a statement. “It will significantly constrain the IAEA’s access to sites and to safeguards-relevant information.”

Iranian Foreign Minister Mohammad Javad Zarif said a new law had gone into effect Tuesday morning, under which Iran will no longer share surveillance footage of its nuclear facilities with the U.N. agency.

“We never gave them live video, but (recordings) were given daily and weekly,” Zarif said of the IAEA’s access to information recorded by camera monitors. “The tape recording of our (nuclear) program will be kept in Iran.”

The Atomic Energy Organization of Iran, Tehran’s civilian nuclear agency, has promised to preserve the tapes for three months, then hand them over to the IAEA — but only if granted sanctions relief. Otherwise, Iran has vowed to erase the tapes, narrowing the window for a diplomatic breakthrough.

Since Trump pulled the U.S. out of the JCPOA, Iran has gradually been violating its restrictions to put pressures on the remaining nations to come up with economic incentives to offset crippling American sanctions.

In addition to surpassing the purity …read more