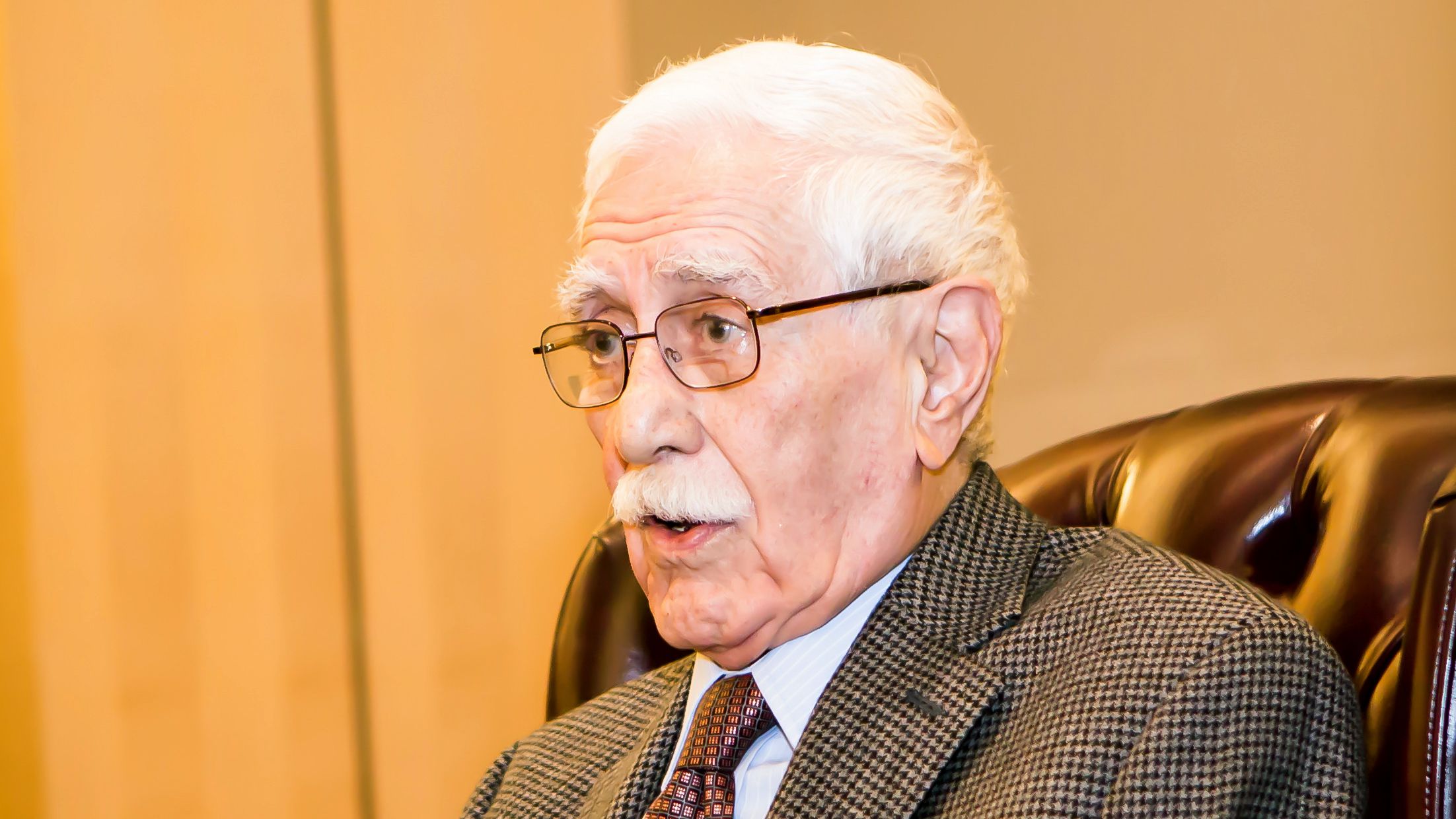 Iraj Pezeshkzad, an Iranian author whose bestselling comic novel, “My Uncle Napoleon,” lampooned Persian culture’s self-aggrandizing and paranoid behavior as the country entered the modern era, has died. He was 94.

The travails of Uncle Napoleon, whose delusions have him seeing Britain’s hand in the troubles plaguing his waning days of his aristocratic family during World War II, became one of the most-beloved television serials ever in Iran when it aired in 1976.

The fervor of the 1979 Islamic Revolution saw the book banned and the series never aired again on Iranian state television. Pezeshkzad himself would ultimately land in Los Angeles, part of an emigre society of Iranians still there that see the California city jokingly referred to as “Tehrangeles” even today.

Pezeshkzad’s words and turns of phrase from the novel still litter Iranian culture today, including raunchy references to “San Francisco” as an innuendo for sexual liaisons. The same goes for passages about the power of love, as described in one scene by Uncle Napoleon’s long-suffering servant, Mash Ghasem.

US charges Belarus with air piracy in reporter’s arrest

Iranian state media did not report on his death, though the British ambassador to Iran offered his sympathy.

“My sincere condolences and sadness at the passing of one of Iran’s great literary figures – Iraj Pezeshkzad – whose subtle yet powerful satire is an enduring window onto Iranian culture,” Simon Shercliff wrote on Twitter.

Born in Tehran in the late 1920s, Pezeshkzad came of age at the start of Iran’s Pahlavi dynasty. In “My Uncle Napoleon,” he focuses on an aristocratic family from the Qajar dynasty, which had ruled Persia for over 100 years. Several live in a compound with a vast garden, where the story takes place.

The late essayist Christopher Hitchens once referred to the novel as “a love story enfolded in a bildungsroman and wrapped in a conspiracy theory” — using a $10 word for a coming-of-age tale. The narrator loves Uncle Napoleon’s daughter, his cousin, but ultimately never marries her.

But the story does more to explain the mindset of Iranians, who in a generation found themselves dragged from a nearly feudal, rural lifestyle into the modern era of cityscapes. As Persia formally became Iran, it became the target of world powers.

First, Britain and the Soviet Union invaded Iran in 1941 and deposed Shah Reza Pahlavi, worried about his overtures to Adolf Hitler in Germany. His young son, Mohammad Reza Pahlavi, took the throne. In 1953, a CIA- and British-backed coup cemented the shah’s power and overthrew the country’s elected prime minister.

But even before the modern era, weaker Persian dynasties found themselves subsumed …read more

Bank of America profits rise 28%, wage expenses up too

Fans are not happy about Troy Baker’s NFT endorsement