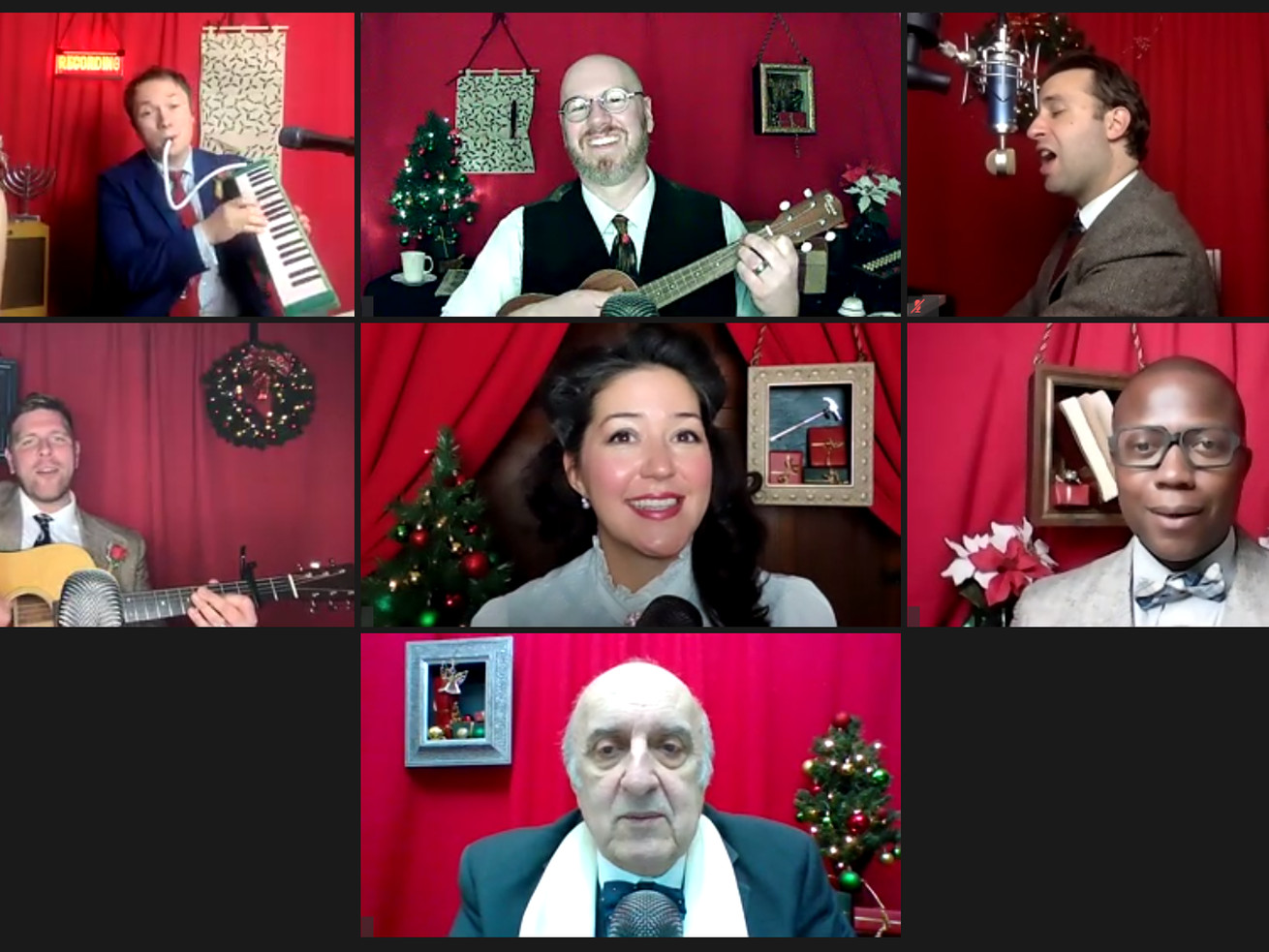 Despite the Zoom Age obstacles, director Gwendolyn Whiteside makes the show do its job: to entertain and warm hearts.

When it comes to holiday reformation stories, George Bailey is up there with Scrooge and the Grinch in terms of sheer ubiquity this time of year. For 19 seasons, American Blues Theater has offered its own radio play/live-broadcast version of Frank Capra’s 1946 movie classic. The iconic plot follows a familiar arc. (Spoilers ahead, obviously. Skip the next paragraph if you don’t know the story.)

George Bailey resolves to commit suicide after his finances and consequently his sense of self crater. “You’re worth more dead than alive,” George’s wealthy nemesis Mr. Potter sneers after the Bailey Building and Loan suffers what seems like an irrecoverable financial loss. George believes Mr. Potter, and concludes his entire life has been worthless. George’s salvation at the hands of Clarence, a Mark Twain-reading, wingless, junior-varsity-level-at-best angel, completes the tale.

For its 2020 virtual pandemic season production, ABT bluntly begins the Zoom Age show (yes, it is a live Zoom show with cast members in those familiar onscreen rectangles) by stating that this year’s production is obviously challenged. For those who’ve seen the production on years past, there’s no hiding the lack of a meticulously re-created vintage sound-booth set. No vintage costumes. No milk, cookies and Santa in the lobby post-show.

Or as co-host Michael Mahler explained opening night: “We’re in the middle of a pandemic. We’re barely wearing pants.”

Despite the obstacles, director Gwendolyn Whiteside makes the show do its job. “It’s a Wonderful Life: Live in Chicago!” is inarguably heart-warming and entertaining. The 80-minute production also makes a convincing case for the belief that good people wield real power. Finally, it is a piercing look at the forces that rob people of that belief. As for those rectangles: Most of the scenes are only one or two people: Maximize their size and the format is more movie than business meeting.

The mood is set by hosts Mahler and soprano Dara Cameron, who is also his wife. Mahler (also the music director) serves Bob Barker by way of Michael J. Fox, if both could sing and play multiple instruments. It’s a fine combination. Cameron exudes a warmth that could defrost a pre-Marley Scrooge and delivers a soprano as sparkling as an east-facing icicle at sunup. You’ll (Yule?) want to tune-in to the preshow, where the pair lead sing-alongs with the cast.

Peppy jingles (by Mahler) for the production’s sponsors are interspersed with clever asides about unemployment, health insurance and arts funding that may make you smirk or sob or both. The jingles have exactly the right mix of cheese, irony and effective salesmanship. It’s an impressive balancing act.

Cast your next vote by phone? Utah lawmakers give thumbs-up to pilot proposal