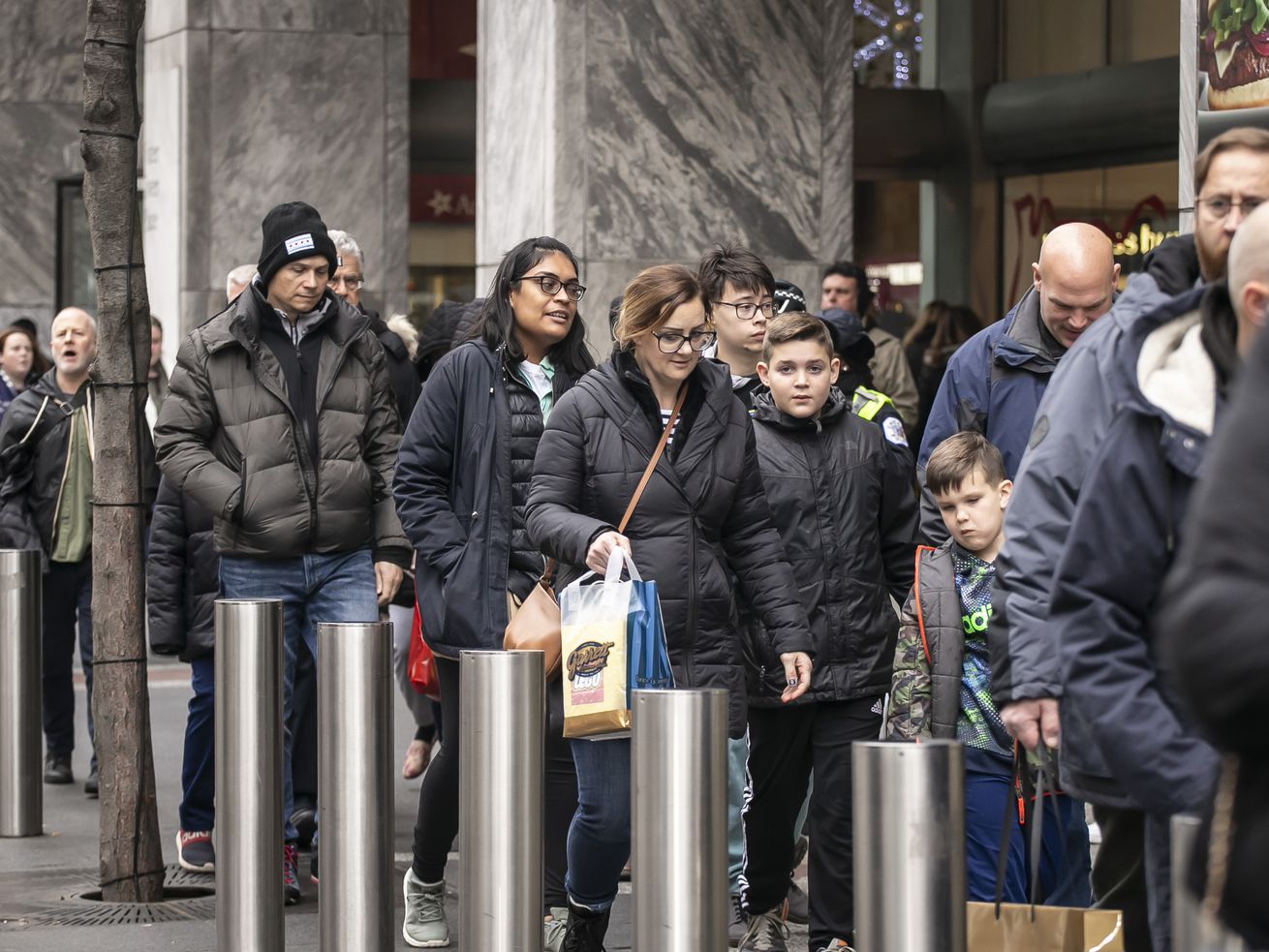 It’s OK not to overdo it on the first official day of the holiday shopping season kicks off.

It’s that time of year when retailers seem to join forces to plant a message in shoppers’ minds: “Buy Stuff on Black Friday, or You Are a Fool.”

They transmit this message in loud TV commercials, targeted social media ads and promotional emails you don’t remember subscribing to.

But you are no fool. And you — not retailers — get to decide what to buy and when.

It’s easy to overspend during the holidays

Feeling compelled to spend money right now is normal. Who doesn’t want to be like the advertisements’ grinning models, with an armful of gifts?

“This time of year, there is a lot of pressure to consume happiness — to show your love through products,” says Christine Whelan, a clinical professor in the department of consumer science at the University of Wisconsin-Madison.

Retailers want you to fold under that pressure. They make most of their money around this time, Whelan says, during their “end-of-year push to sell products.”

You may face other pressures, too.

“This year … we have almost a perfect storm when it comes to spending,” she says. “We have fears of scarcity, we have inflation, and we have this yearning to celebrate in a more normal way than we did last year.”

As that storm brews, toss in feelings of guilt. That’s a common emotion around the holidays and can lead to overspending, says Alex Melkumian, a licensed marriage and family therapist and founder of the Financial Psychology Center in Los Angeles.

Say that, once again, you can’t gather with family, or you can’t afford those gifts your kid wants.

Or maybe you don’t feel guilty so much — just bad for any number of reasons related or not to the pandemic and loaded holiday season. It can be easy to spend emotionally, rather than logically, in hopes of feeling better.

Often, Melkumian says: “Instead of feeling uncomfortable, we’d rather just patch it up with a Band-Aid of buying a little something for ourselves.”

Make a plan and set rules

So, for various reasons, you may be primed to overshop on Black Friday. With that in mind, try to remember that “bargain hunting” can often lead to buying more stuff than you need, says Ryan Sterling, founder of Future You Wealth, a New York-based investment firm. He’s also the author of “You’re Making Other People Rich: Save, Invest, and Spend with Intention.”

Plus, the fact that your favorite store is promoting 40% off doesn’t change the amount in your bank account. So aim to shop with intention, rather than in response to promotions.

Whelan recommends reviewing your finances to determine how much you can spend on holiday shopping. Create a list of gift recipients, too. With this information, you’ll get an idea of how much to spend on each person. (And if you plan to buy yourself something, add your name to the list.)

Golden Globes 2021: The Complete List of Nominees | Entertainment Weekly
The letterman’s jacket he never wore turns up in his brother’s town

26 Hanukkah recipes to celebrate the festival of lights