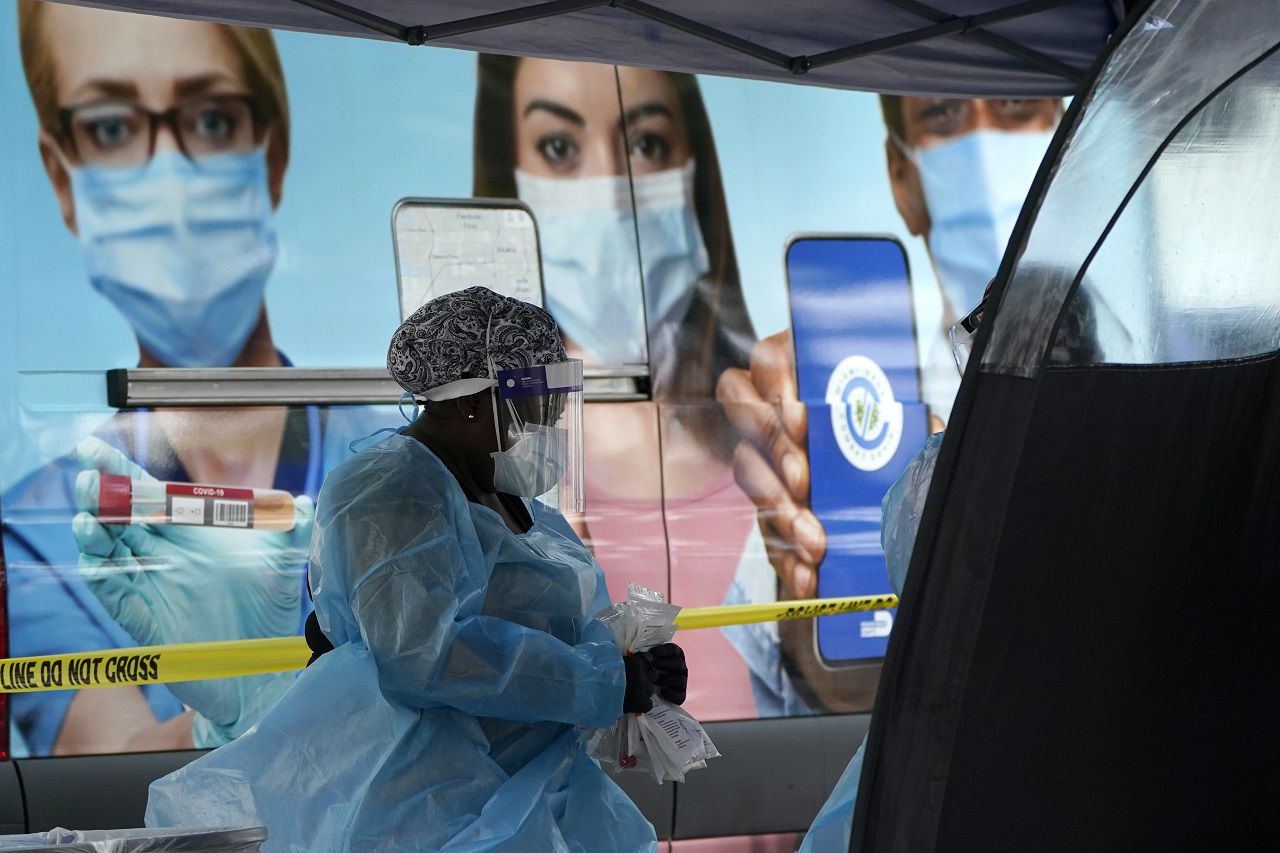 In data from the Florida Department of Health, another 8,410 cases were reported statewide, bringing Florida’s total to 931,828 cases.

Florida also reported 42 additional deaths in Saturday’s coronavirus report, although those victims died days if not weeks earlier, bringing the state’s total to 18,152.

Nationwide, the death toll has reached about 253,000, by far the highest in the world. Total confirmed infections have eclipsed more than 11.7 million, after the biggest one-day gain on record Thursday — almost 188,000.

There were 3,396 people hospitalized in Florida on Saturday with a primary diagnosis of COVID-19. The number of people in the hospital with COVID-19 in the United States hit another all-time high at more than 80,000.

Florida’s rate of positive tests on Friday was 6.79%. Duval County’s positivity rate of 6.73% is slightly better. The highest rate in Northeast Florida on Friday was Bradford County’s 11.21% while the lowest was 2.96% in Alachua County.

With health experts deeply afraid Thanksgiving travel and holiday gatherings next week will fuel the spread of the virus, many states and cities are imposing near-lockdowns or other restrictions. Florida has not added any restrictions statewide.

Over the past week, Florida averaged more than 7,390 newly reported cases per day, an increase from about 2,250 at the start of October, the Associated Press reported Friday.

As of Friday, the seven-day average of reported death was about 64, up from 54 a week earlier. That compares to a peak of 185 in early August.

While deaths, hospitalizations and cases are ticking up, there is hope on the horizon.

Tampa General Hospital, AdventHealth Orlando, UF Health Jacksonville, Jackson Health System in Miami-Dade County and Memorial Healthcare System in southern Broward County are among the providers who are working with the Florida Department of Health to help roll out the vaccine when it becomes available.

But public health experts warned that until the vaccine is widely available, people should still wear masks and socially distance from others.

Also Friday, U.S. Sen. Rick Scott announced that he had tested positive for the coronavirus and was isolating at home with “very mild symptoms.”

Scott, 67, has been quarantining at home all week after coming into contact in Florida on Nov. 13 with someone who subsequently tested positive. His office said he had “multiple negative rapid tests earlier in the week” but a test he took Tuesday came back positive Friday morning.

Scott, a Republican, said he was “feeling good” despite the mild symptoms and would be working at his …read more