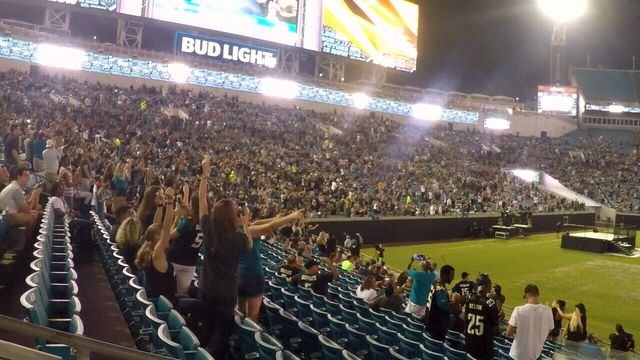 For the first time in franchise history, the Jaguars hold the top pick in the NFL Draft and the team will be celebrating with a fan event, both live and in-person at TIAA Bank Field.

The draft party will be at limited capacity, approximately around 6,000 fans, with pod seating. A mask mandate will be in effect for fans attending the NFL-sanctioned event, according to the Florida Times-Union.

The Travelcamp RV DUUUVAL Draft 2021 will be held on Thursday, April 29 at 6:30 p.m. Fans can watch the NFL Draft live on the world-famous video boards while also hearing from Head Coach Urban Meyer before the first pick.

Early registration for season-ticket holders began on Thursday. Members should check their email for an exclusive registration link.

If tickets are still available, the general public can register to attend on Thursday, April 15, by visiting www.jaguars.com/duuuvaldraft21. Gates open at 6:30 p.m., followed by live draft analysis and interviews with Jaguars players.

Attending fans will have access to exclusive merchandise including the 2021 New Era Jaguars Draft Cap and the first overall pick’s jersey presale.