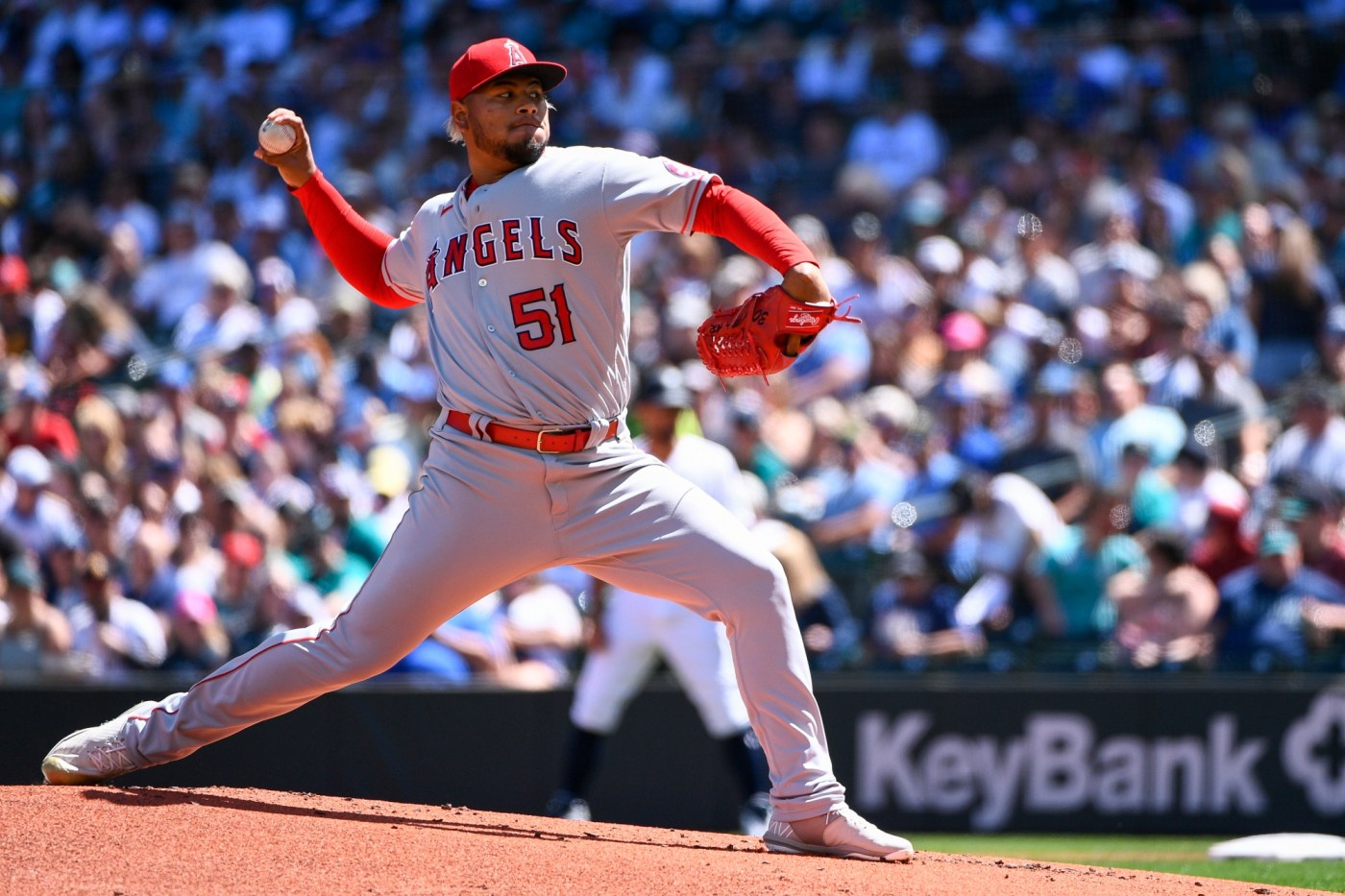 SEATTLE — Jamie Barria’s return to the starting rotation and Mike Mayers’ return to the majors were both successful, although neither was good enough for an Angels victory.

Barria and Mayers held down the Seattle Mariners in the Angels’ 2-1 loss in the first game of a split doubleheader on Saturday afternoon.

Barria gave up two runs in 4-2/3 innings, and Mayers worked the final 3-1/3 without allowing a run.

Barria, who came to the majors as a starter in 2018 but has bounced between the rotation and bullpen since, earned another crack at starting based on his 2.55 ERA as a reliever this season. Saturday’s doubleheader finally provided the opportunity for his first start of the season.

Barria actually took the mound in the first inning directly from the bullpen, perhaps to simulate his routine when coming out of the bullpen.

Both of the runs came on a Ty France homer in the third inning. Otherwise, he had little trouble until his pitch-count passed his previous high. He had hit 68 pitches once this season, and he picked up the second out of the fifth inning on his 67th pitch on Saturday.

Barria then threw eight balls in his next nine pitches, including a wild pitch, to issue a pair of walks that loaded the bases.

Mayers, making his first appearance with the Angels since May, then got Carlos Santana on a popout to escape the jam.

Mayers was designated for assignment with a 5.40 ERA back in May. He went unclaimed and the Angels kept him in Triple-A, having him start.

While Barria and Mayers kept the game close, the Angels lineup could muster nothing after a second-inning run. Jo Adell doubled and scored on a two-out single by Mickey Moniak.