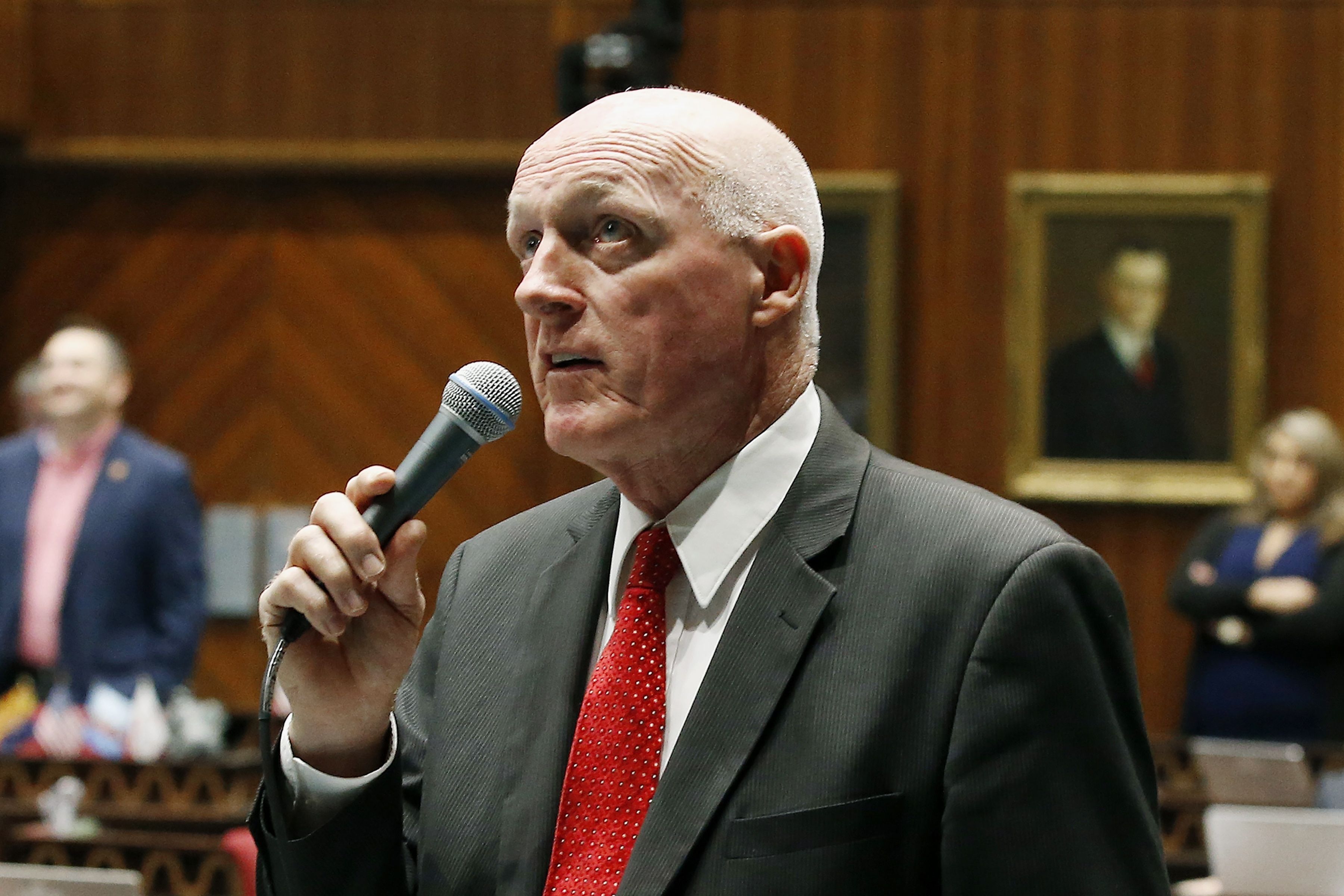 Arizona voters relegated House Speaker Rusty Bowers to the history books after the conservative Republican crossed former President Donald Trump and refused to back his unsupported claims that he lost in 2020 because of fraud.

Bowers was thoroughly trounced in Tuesday’s GOP primary, losing to a former state senator by nearly 2 to 1 among voters in his district in the eastern Phoenix suburbs. He was trying to move to the Senate after term limits barred another state House run.

Bowers knew his seat was on the line and said he had no regrets for standing up to Trump.

Bowers, who holds impeccable conservative credentials save one, had rejected Trump’s pleas to help him overturn the November 2020 election results that saw him lose in Arizona, the first time a Republican had lost the presidential race in the state since Bill Clinton’s 1996 reelection victory.

And then he angered the former president and his backers in Bowers’ district even more by testifying in June before a panel investigating the Jan. 6, 2021, attack on Congress about the president’s actions.

Trump endorsed his opponent, David Farnsworth, and the state Republican Party censured him.

And then so did the voters.

Bowers said the former president has soiled the party.

“President Trump is a dividing force that has thrashed our party,” he told The Associated Press. “And it’s not enough to disagree. You have to disagree and then stomp on people and ruin their reputations and chase them down and thrash them and you just keep beating them up. That’s the Trump model.”

He said the state Republican Party, which broke tradition by strongly supporting Trump’s candidates and denigrating those like Bowers who failed to fall in line, is in lock-step and has a “bully mentality.”

“And I think you’re going to find out as all these people leave this party, that someday there’s going to be a hard reckoning,” Bowers said. “And I have a feeling it can be later this year.”

Farnsworth automatically wins the Senate seat, since the heavily Republican district in the eastern Phoenix suburbs of Mesa drew no Democrats in the primary.

Arizona Trump backers did very well up and down the ballot on Tuesday, with his chosen candidate for governor in the lead and candidates he endorsed for U.S. Senate, attorney general and secretary of state all winning their elections.

In another eastern suburban district, GOP Sen. Tyler Pace lost to a Trump-endorsed challenger. Robert Scantlebury’s campaign website said Pace “is a RINO like Jeff “Flakey” Flake (if that’s even possible!), who never had a clue.”

Flake, who declined to seek reelection to his U.S. Senate seat in 2018 after admitting his refusal to back Trump made it impossible for him to win a Republican primary, now serves as President Joe Biden’s ambassador to Turkey. Opponents call him a “Republican in Name Only,” or “RINO.”