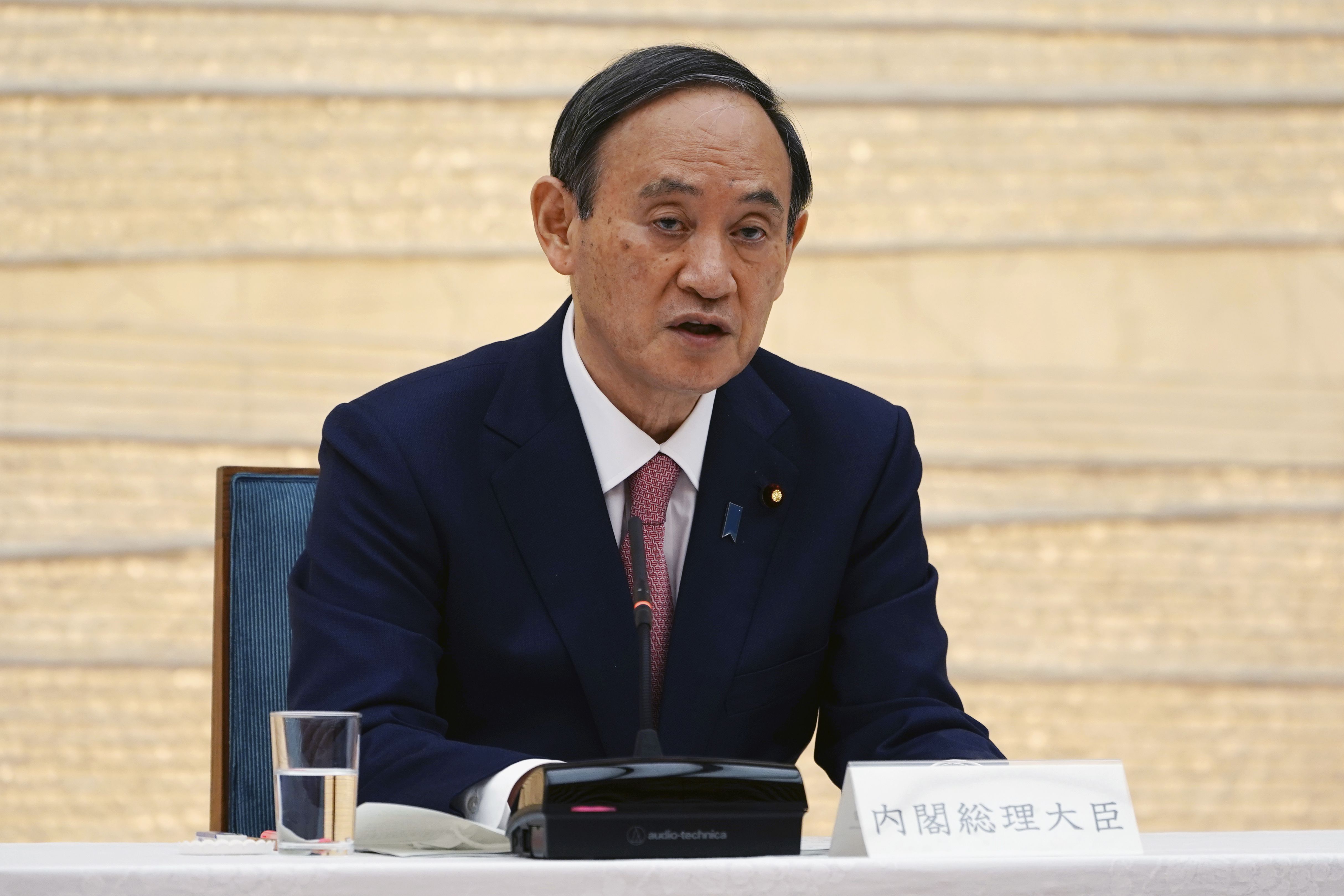 Japan announced Friday that it will raise the coronavirus alert level in Tokyo to allow tougher measures to curb the rapid spread of a more contagious variant ahead of the Summer Olympics.

Japan’s national vaccination drive has lagged and most people in the capital still have not been inoculated as infections have surged.

The raised status announced by Prime Minister Yoshihide Suga will allow Tokyo’s governor to mandate shorter opening hours for bars and restaurants, along with punishments for violators and compensation for those who comply. The measures are to begin Monday and continue through May 11.

Many of Tokyo’s cases have been linked to nightlife and dining, though they have recently spread to offices, elderly care facilities and schools, experts say.

Suga also raised the alert level for Kyoto in western Japan and the southern island prefecture of Okinawa, where cases have surged in recent weeks. The new status there is to continue through May 5, the end of Japan’s “Golden Week” holidays, to discourage traveling.

The alert status was raised on Monday for three other areas — Osaka, neighboring Hyogo and Miyagi in the north. They have had sharp increases in daily cases since early March, soon after Japan scaled down a partial and non-binding state of emergency that began in January.

The steps come less than three weeks after the emergency was lifted for Tokyo, underscoring the difficulty of balancing anti-virus measures and the economy. Suga’s government has been criticized for being too slow in enacting anti-virus measures out of a reluctance to further damage the pandemic-hit economy.

Osaka has declared a medical emergency after its hospitals became overwhelmed with new cases and has moved next week’s Olympic torch relay there off public roads.

Tokyo Gov. Yuriko Koike, who on Thursday asked Suga’s government to boost the capital’s alert level, said she is alarmed by the recent rise in virus cases and the possible impact of new variants. She urged residents to avoid nonessential trips and practice social distancing. Koike is expected to issue an order for bars and restaurants to close at 8 p.m.

Just over 1 million people in Japan, or less than 1% of the population, have received the first of two vaccine doses, and the surge in cases may cause further cancellations of Olympic-related events.

Inoculations started in mid-February for medical workers. Elderly people are scheduled to get their shots starting next week through late June. The rest of the population is likely to have to wait until about July, making it almost impossible for Japan to reach so-called herd immunity before the Tokyo Olympics begin on July 23.

Are we declaring pandemic over too fast? State’s June 15 deadline for reopening splits experts