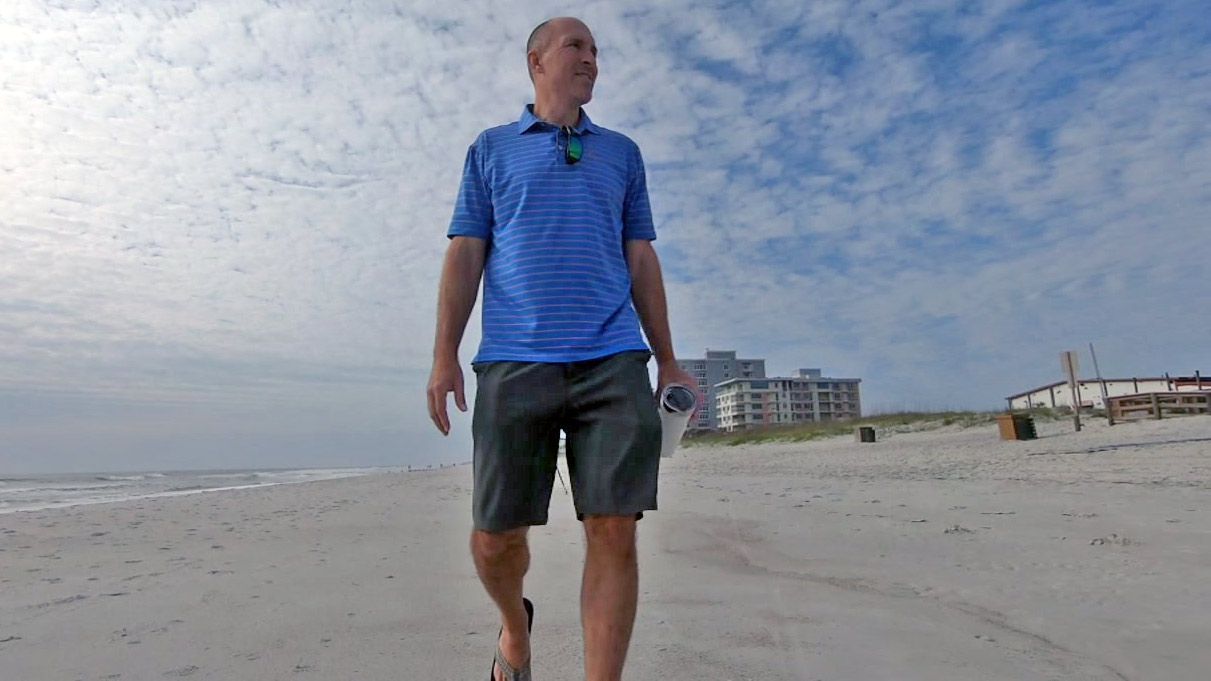 “Just normal, a hot, humid day here in Jacksonville Beach,” Bourne said. “I decided to go down to the shore with a friend and kick the soccer ball around.”

But the warm summer day took an unexpected turn.

“We were just kicking the ball around and I turned away with a pass, just felt light-headed, kind of went down on my knees and the next thing I knew, I had blacked out,” said Bourne.

“The next thing I heard was ‘we have a pulse, well wait, we don’t have a pulse,’ and I was kind of dazed and not sure what was going on,” explained Bourne. “Then all the sudden ‘baboom!’ I feel this surge of energy into my body that actually woke me up,”

Bourne said a friend had called for help and a woman nearby, who was a physical therapist,  performed CPR until a group of volunteer lifeguards quickly arrived with a portable AED.

“They gave me two shocks and the second shock is the one that woke me back up,” said Bourne.

“The initial CPR happening so quickly, that’s why it is so important for people to learn CPR and start it quickly,” said Bourne. “I was probably having CPR for a couple minutes and that kept the blood flowing in my body which was able to keep me from having a stroke or having any brain damage at a later date. And then the AED is the only reason I’m here. Literally, that device is so life-saving, I mean critical.”

According to the American Heart Association, performing hands-only CPR right away can double or triple a person’s chance of survival.

Bourne encourages people to get trained to use an AED and perform CPR.

“I would say anyone should be trained, don’t be afraid of that device and CPR is very easy to learn,” said Bourne. “It’s really important to know CPR and understand it and administer it quickly when you see it. Be able to be in that situation and take action.”

For information on CPR and AED training, visit heart.org.

Boos for Romney? Here’s what we learned about Utah’s 2021 Republican Party

Some in GOP worry new limits will hurt their voters, too