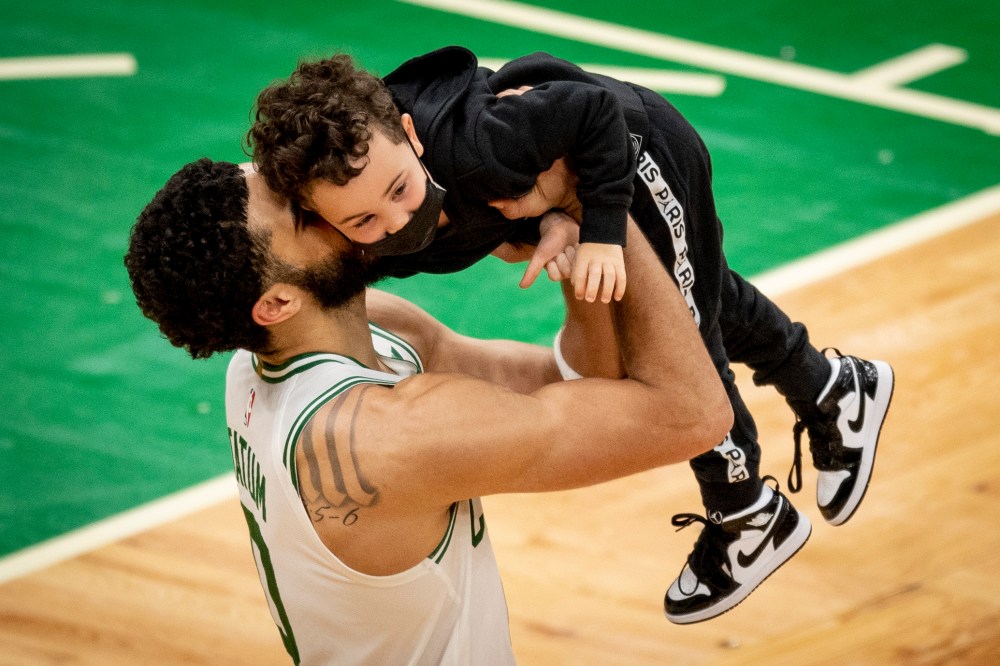 The elder Tatum was hosting a youth basketball camp at his alma mater Chaminade College Preparatory School in St. Louis. He was there with Deuce, who became a fixture in the Celtics locker room during Boston’s recent run to the NBA Finals.

You may remember Deuce, who is four years old, for making headlines when he gave a particularly adorable answer during a Celtics press conference. But he made headlines again on Thursday for a hilarious moment he shared with his father while on the court:

Deuce was preparing himself to take a shot in front of all the campers, and after finally psyching himself up, he finally got enough confidence to let the ball go.

Meanwhile, though, Jayson was lingering behind him with a plan of his own. With perfect timing, Jayson blocked Deuce’s shot, which flew into the crowd like a baseball hit by Shohei Ohtani.

It’s an objectively funny prank Jayson pulled on his son, but the best part was Deuce’s reaction. The last thing he expected was for his father to do that, and it’s not a moment he will forget any time soon.

Next time Deuce goes for a layup, I’d bet he will look to make sure he has a clean look before throwing it up.

Jill Biden on teaching as 1st lady: ‘I knew I could do both’

Will Elon’s robots bring utopia or tyranny? Why humans must control the future of automation