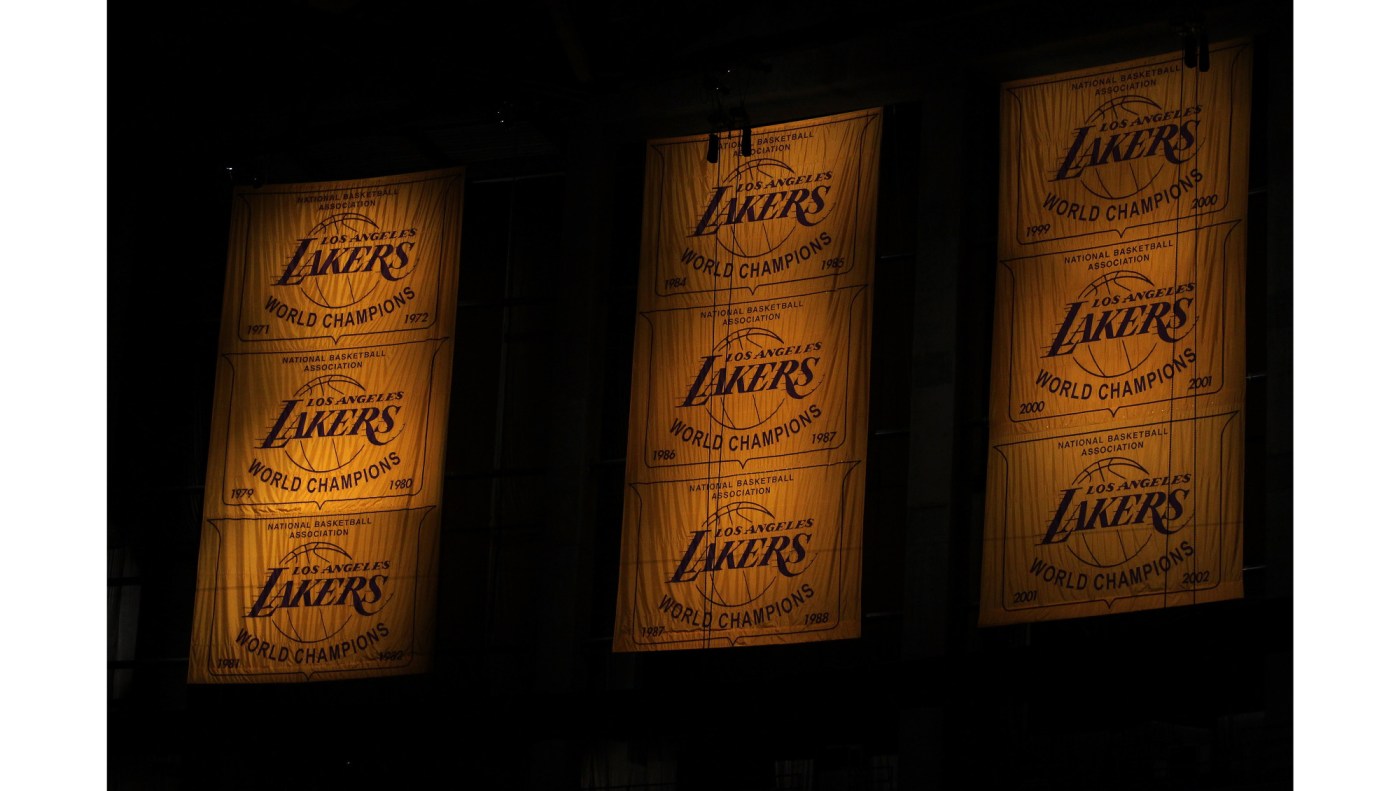 Tradition dictates a defending champion unveils a title banner on the first night of the regular season. But in an untraditional season, the Lakers will end up waiting until the end.

Team governor Jeanie Buss revealed Thursday afternoon that the Lakers will unveil the franchise’s 17th NBA championship banner on May 12 for the team’s final regular-season home game against the Houston Rockets.

The team will begin allowing fans into Staples Center for home games starting on April 15 against the Boston Celtics, following direction from L.A. County, but Buss said the banner presentation will be pushed back to accommodate as many fans as possible in a pandemic-stricken season. It will also allow time for the team, playing recently without Finals MVP LeBron James and first-team All-NBA honoree Anthony Davis, to get healthier.

“It is gonna be so nice to have fans back at Staples Center,” Buss said in the announcement on Spectrum SportsNet, the Lakers’ television partner. “And I think the team has really missed the energy that the fans bring.”

Buss said the Lakers are still working on the process for admitting fans into home games and will issue more information at a later time.

The banner is one of the few details the Lakers held back when they presented players and coaches with their championship rings on Dec. 22. It has been occupied by a black sign instructing patience: “STAY TUNED, LAKERS FAMILY.” Buss has also indicated that she hopes to have a championship parade for the 2019-20 season when it’s safe to do so.

Frumpy Middle-aged Mom: So guess what happened over Easter weekend?

Andre Drummond’s path to the Lakers was paved with sweat

Buss, 59, posted on social media that she received a COVID-19 vaccine, which the Lakers have pressed as a step that will help bring them closer to gradually filling Staples Center.

“It was important to me to share that because first of all I want to be safe, and I also want to play my part in keeping the community safe,” she said. “It’s really important that we all do our part, and we can beat this virus together.”

Do you radio listeners actually like commercials? Here’s what readers said